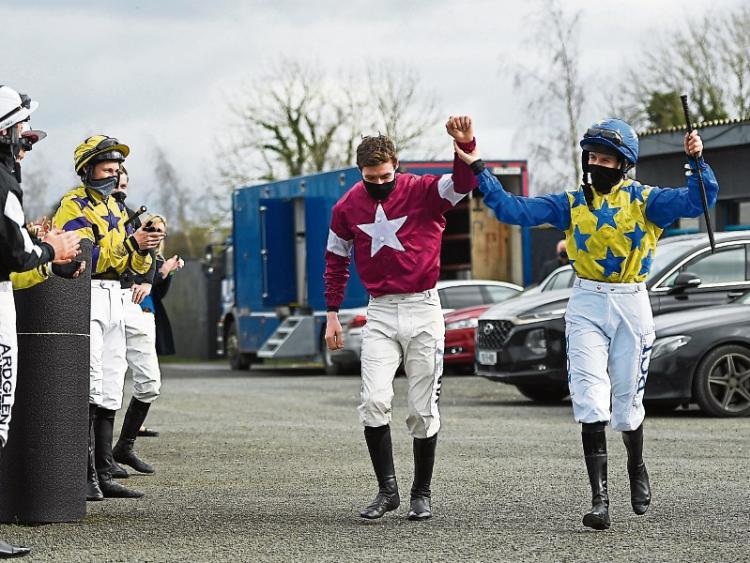 Jockeys Jack Kennedy and Rachael Blackmore (right) make their way to the parade ring in Thurles through a guard of honour from fellow jockeys, following their success at Cheltenham

After a week during which she blazed a trail at the Cheltenham festival, it was back to business for Tipperary jockey Rachael Blackmore yesterday when she returned to her home county to ride at Thurles Races.

Rachael and fellow Cheltenham hero Jack Kennedy, who rode Gold Cup winner Minella Indo, received a guard of honour from fellow jockeys and racecourse staff in Thurles as they made their way to the parade ring before the third race on the card, the Leugh Handicap Hurdle.

Rachael maintained her rich vein of form when she again teamed up with trainer Henry de Bromhead to partner 13/8 shot Myth Buster to victory in the Horse and Jockey Beginners Chase.

Jack Kennedy, meanwhile, was also in the winners enclosure in Thurles when Commander of Fleet was first past the post in the See You In October hurdle.