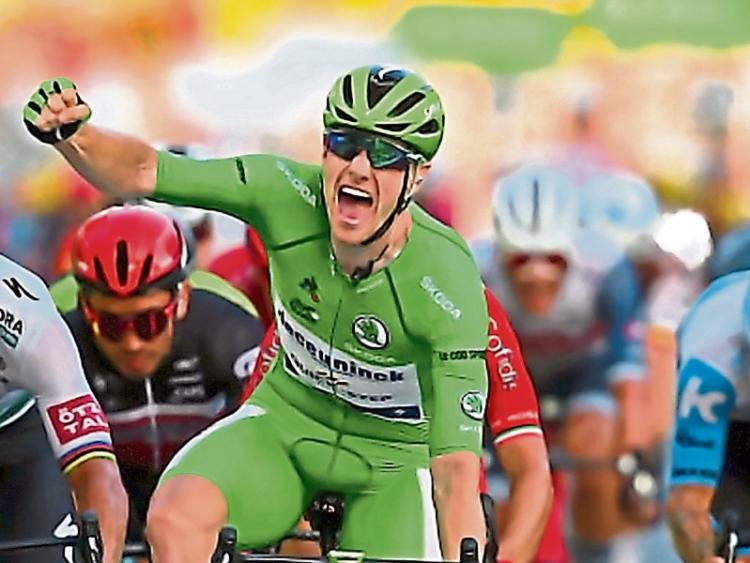 Tipperary’s Sam Bennett achieved another career milestone on Wednesday when he won the Classic Brugge-De Panne in Belgium.

It was the Carrick-on-Suir’s cyclist first win in a one-day WorldTour race, as he beat Jasper Philipsen and Pascal Ackermann in a sprint finish.

The Deceuninck-Quick-Step rider also secured his first one-day victory of the season in Belgium.

“It's my first one-day WorldTour race - something I've been chasing for many years and I'm happy to get it here today," he stated.

"Being in a Belgian team with Belgian sponsors, we want to perform on home soil.”

Bennett won by several bike lengths to notch up his fifth victory of the season, following stage wins in the UAE Tour and the Paris-Nice race.

He became the sixth different Deceuninck – Quick-Step rider in ten years to win the Belgian race and helped The Wolfpack (the team’s nickname) increase their lead in the UCI World Team Classification.