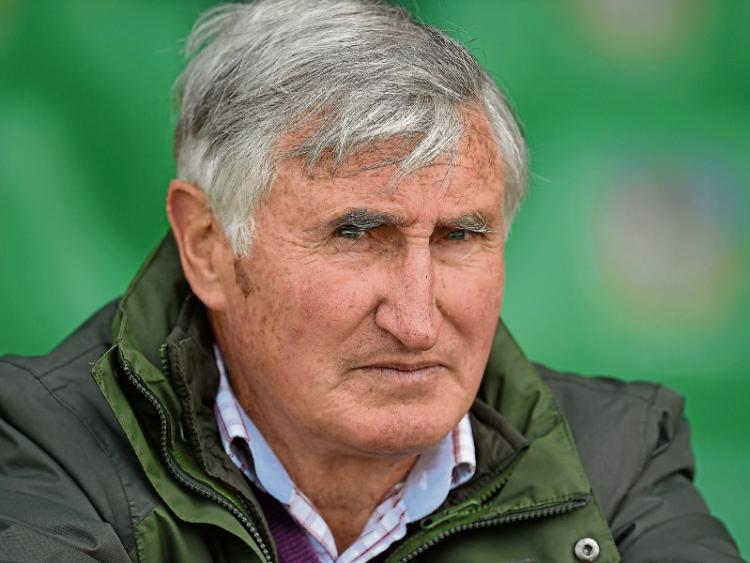 Len Gaynor’s autobiography Chiselled From Ash, written in cooperation with Shane Brophy, is an excellent read, says our columnist Westside

GAA and sports publications generally have been fewer this winter, presumably because of the pandemic and its restrictions. However, with people having more reading time on their hands it has also, ironically, been the best of times to publish.

I must admit to playing catch-up on recent offerings of Tipperary interest, so before we start focusing on a possible resumption of playing activity, I thought it might be timely to take a look at some of the books of interest on the shelves.

Len Gaynor is one of those hurlers who enjoyed a hugely successful playing career and then on retirement got heavily involved in the coaching/management side of the game. One way or another he’s been synonymous with hurling since the 1960s so the publication of his autobiography, Chiselled From Ash, is required reading for hurling followers.

In cooperation with Shane Brophy, head of sport with the Nenagh Guardian, Len’s biography is a welcome addition to the GAA library. As a player he’s a link to Tipperary’s golden era of the 1960s, while his managerial career draws in the Clare story of the 1990s. In between there are many more strands of interest.

A dedication at the beginning of the book reads “To Patrick. Born sleeping, sadly we will never get to know you.” And therein hangs a poignant tale, unrelated to hurling but a deeply moving aspect of the private life of the Gaynor family.

Len and Eileen were married in 1968 and a year later were expecting their first child. Eileen was attending the Coombe Hospital under the care of obstetrician, Dr JJ Stuart, who was president of the GAA from 1958 to 1961.

A week before Eileen was due she felt unwell, was taken into hospital and the baby, named Patrick, was stillborn. It was a devastating time for them both but the details of subsequent events sound shocking today.

This was a different era, over fifty years ago, so there were none of the supports available nowadays. From our perspective today it all seems so heartless. Len relates how “Dr Stuart hit me a punch into the chest and said, ‘Don’t let your wife see you crying like that.’”

Worse was to follow, as the hospital took charge of the burial and it was years later before they found out the location of their child’s final resting place. On December 6 1984 they finally got to stand at the graveside of Patrick, their first born, in Glasnevin cemetery.

It’s an affecting story and one that, no doubt, will resonate with others who endured similar trauma in the dark past.

All of this is part of Len Gaynor’s life story and for me is an essential aspect of the book. Too many of these biographies descend into mere catalogues of recalled games and outcomes, with little that’s new or insightful for the reader.

Behind their public personas, players are humans with family lives and losses to contend with, and pencilling in that background gives a more rounded portrayal of a book’s subject, one that ultimately draws empathy.

All the Gaynor family details are new to me, so I found this section particularly interesting.

There’s the story of Len’s early childhood, including the primary teacher who refused to call him Len; even his second name, James, was too English sounding so he was called Seamus. Such teachers weren’t uncommon.

The early stirrings of his passion for hurling are traced through his childhood years. The first major achievement was a county U15 rural hurling title in 1959 when they defeated Grange in the final.

The south Tipperary side was led by a certain Michael Keating. The switching of young Gaynor onto Keating was a crucial move in the match. Subsequently they’d be team mates for many years on Tipperary sides.

Thereafter you have a Dean Ryan success with St Flannan’s, Ennis, followed by selection for the Tipp minors in 1962 and finally promotion to the seniors in ’64, a year which also featured the inaugural All-Ireland U21 success.

Effectively Len Gaynor arrived smack into the middle of the county’s golden epoch. He was a sub on the ’64 team but by ’65 had nailed down his wing back position, which he made his own until his retirement (dropping?) in ’74.

After the 1965 All-Ireland there was the gradual slippage of the second half of the sixties as players retired, then a last fling in 1971 before the famine began. The ’73 Munster final and the controversial Richie Bennis winner from a seventy was a sore one and Gaynor’s role in events is recalled with admirable honesty.

I can still vividly recall where I sat in the Old Stand that day near the Sarsfields end, looking down at the goal into which Richie Bennis drove that seventy, the last puck of the match. I recall the Tipp player standing under the post watching the flight of the ball, seeing the umpire lift the flag and then the dig of the hurley.

Now Len Gaynor has put on record what I already knew. “The next thing the umpire reached for the white flag and he put it up; it was a point. I couldn’t believe it and I gave him a jab a of the hurley, which I shouldn’t have.” There it is, a first public acknowledgment.

There’s an interesting footnote to this incident in the book. Mick Slattery, Clare, was the referee and the following week his club, Clarecastle, travelled to Cloughjordan for a challenge game with Kilruane. Arriving at the pitch Len Gaynor welcomed Mick Slattery to Cloughjordan and the Clare man replied “Thank you very much Len, and you have nothing to worry about.”

The Munster Council was trying hard to identify who struck the umpire but the referee clearly wasn’t playing ball. Gaynor escaped sanction but by the time the 1974 championship rolled around he was dropped from the Tipp team.

Incidentally he was never informed that he was being dropped but discovered his fate in the media, which seems shabby treatment after a decade of such sterling service.

The passage of time hasn’t dimmed Len Gaynor’s conviction that the Bennis seventy was wide.

Even before he retired from inter-county hurling Len Gaynor was already a county minor selector in 1972 and 1973. Thereafter his involvement with teams really expanded.

His four years as Clare manager is generally credited with laying the foundation for the Banner’s emergence under Ger Loughnane, who took over from him in 1995. Unfortunately for Gaynor he was then Tipperary manager when Clare defeated his home county in Munster and All-Ireland finals in 1997.

That had to be particularly painful for Len Gaynor. I like Michael Cleary’s summation of 1997: “he (Gaynor) went within a hair of winning Munster and All-Ireland titles with a moderate enough Tipp team.” So true. Clare were at their peak then and were simply a better team than Tipperary that year.

Timing can be everything and in that regard Len Gaynor was definitely unlucky in his stints at inter-county management.

At club level Gaynor has given massive service to Kilruane MacDonaghs over many decades. He coached their senior side for an incredible 13 years, including 1986 when they won the All-Ireland, beating Wexford’s Buffers Alley in the decider.

Incidentally I’m told Dinny Cahill, a key member of that Kilruane side, has been appointed manager of the same Buffers Alley this year. History and hope rhyming, perhaps.

On the club front Len Gaynor also coached Moycarkey to a Munster title and Clonoulty to a breakthrough county win in 1989. Everywhere he went he left a major mark.

If I have a criticism of the book it centres around the latter section, especially that which deals with the 1990s. This was a particularly fraught period, when Tipp/Clare relations became really toxic and Len seemed to be in a pivotal position to offer some reflections on those events. Instead they’re sidestepped, with too much space given to the comments of others.

In general, though, it’s an excellent read. My memories of Len Gaynor are of a waspish number seven whose every stroke carried a sting. Chiselled From Oak might be an even more appropriate title.

Not the biggest of men, he compensated with a raw competitiveness. It doesn’t surprise me that Kilkenny’s Tommy Walsh is one of his all-time favourite hurlers.

Above all, though, the impression of the man that emerges from this book is one of a hurling obsessive, one who lives and breathes the game every day of his life. Shining through also are qualities such as honesty and integrity from a man without hidden agendas; as someone commented, you get what it says on the tin.

Shane Brophy has done an excellent job in stringing it all together and, most crucially, letting the man’s voice emerge, which it does loud and clear.

Hopefully I’m not delivering too many spoilers for a book that’s well worth a read.

Finally, the proposed transfers from Kickhams to Cashel KC are in the news once again after the county CCC adjudicated on the matter last week. The committee rejected the transfer requests.

Whither to now? I assume the players will appeal to the county hearings committee, which is the next step in the process.

If they fail there then the DRA in Croke Park is the final arbiter within GAA structures. Munster Council only hears appeals on disciplinary matters.

A complication that has emerged in all of this is the fact that if players are not registered with a club then, I’m told, they are not entitled to play with the county.

That has potentially serious consequences for some of the players involved.