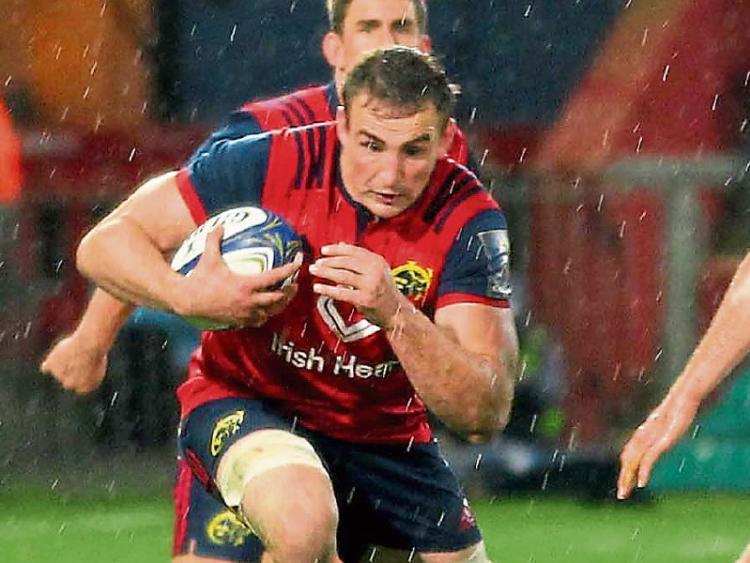 Munster and Ireland flanker Tommy O’Donnell has announced he is to retire at the end of the season.

The Cahir-born back-rower, who will be 34 next month, is to retire at the conclusion of the forthcoming Rainbow Cup, which will bring the curtain down on Munster’s 2020-21 campaign.

Making his debut in 2007, O’Donnell spent his entire career in the Munster colours, making 186 appearances for the province in 14 years. He also earned 13 caps for Ireland between 2013 and 2019.

“It has been the greatest honour and privilege to represent Munster Rugby for the past 14 seasons,” he says.

“I feel it is the right time for me and my family to step away from rugby and this season will be my last.

“I’m proud to know that I will retire as a one-club man. I am confident and content in my decision, having chased the dream from the age of 16 through the youths, underage and academy systems to represent Munster and Ireland.”

“While it is not the end just yet and I’m very much looking forward to contributing to the team in the final part of the season and the new competition ahead, I felt the time was right to make my intentions to retire known.

“My family and I are looking forward to the new chapter ahead. My passion and belief in Munster rugby will always remain unwavering.

“I look forward to looking on as a supporter and bringing my boys to experience the magic of a packed Thomond Park in the years to come.”

Having nailed down a place as a regular Munster starter in the 2011-12 season, Tommy was named the province’s Player of the Year for the 2012-13 season.