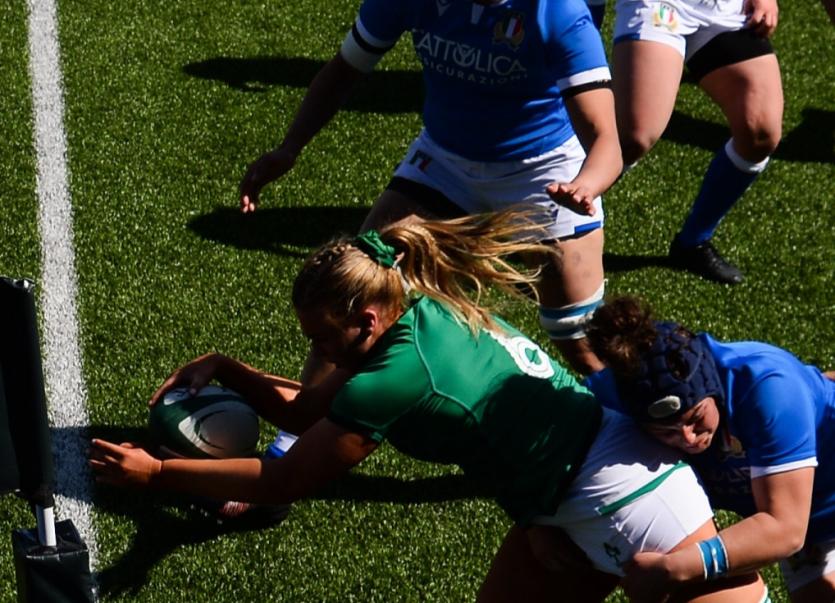 The result ensured that Ireland finish third in the table behind England and France, who meet later this afternoon in the championship decider.

Earning her seventh cap, Fethard's Dorothy Wall gave Ireland the lead with the game's first score in the ninth minute when she barged across the line for a try.

Despite having centre Sene Naoupu yellow-carded and sent to the sin bin, Ireland led 8-0 at the interval.

They maintained their dominance throughout the second half. 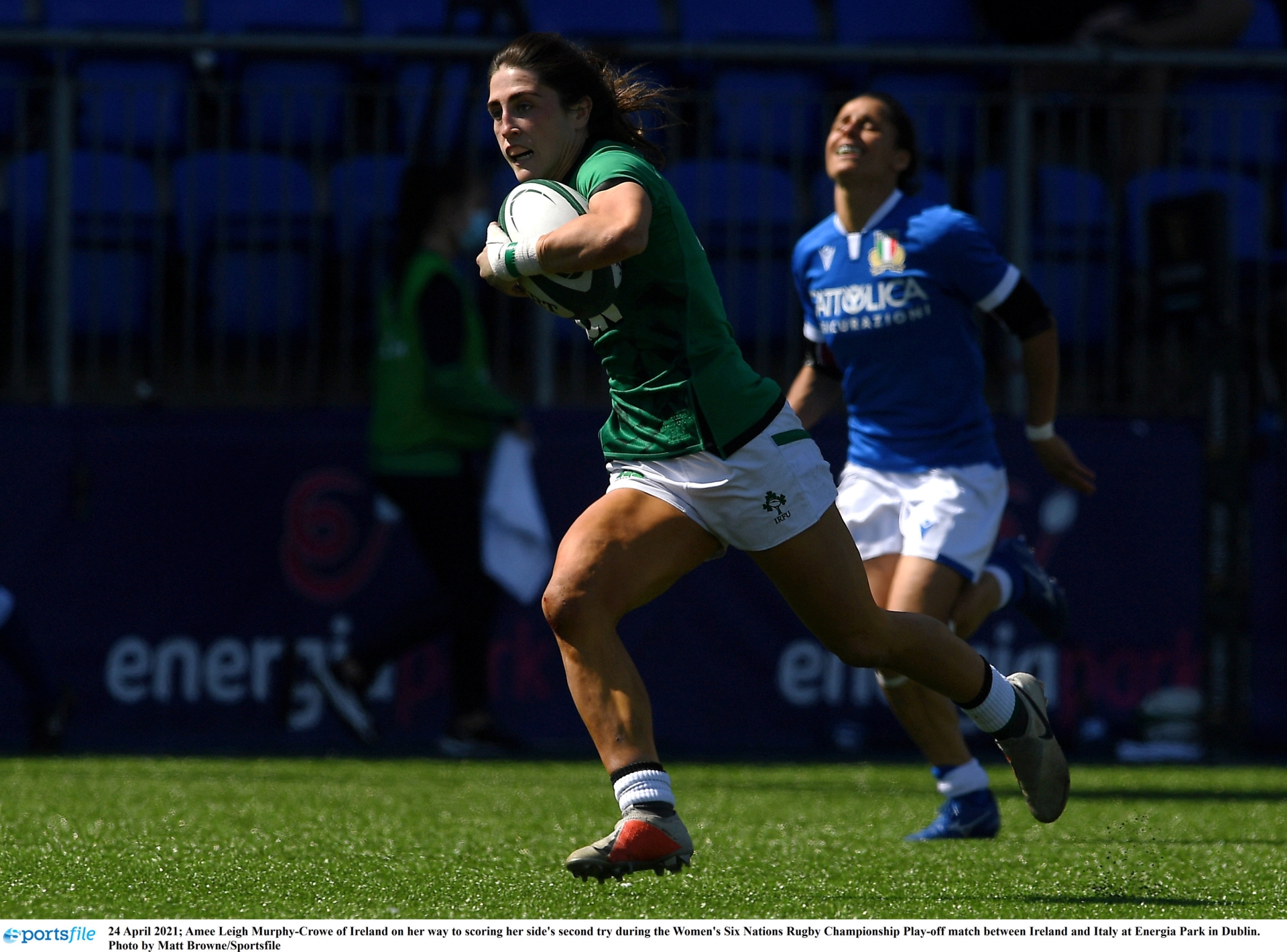 Above: Amee-Leigh Murphy Crowe on her way to scoring her first and her side's second try during the big win over Italy. Picture: Matt Browne/Sportsfile

Making her first start for the full team, Tipperary town's Amee-Leigh Murphy Crowe increased the advantage with a spectacular try in the 44th minute, evading two challenges before crossing the line.

Murphy Crowe tormented Italy again with her second try and the final score of the game in injury time.