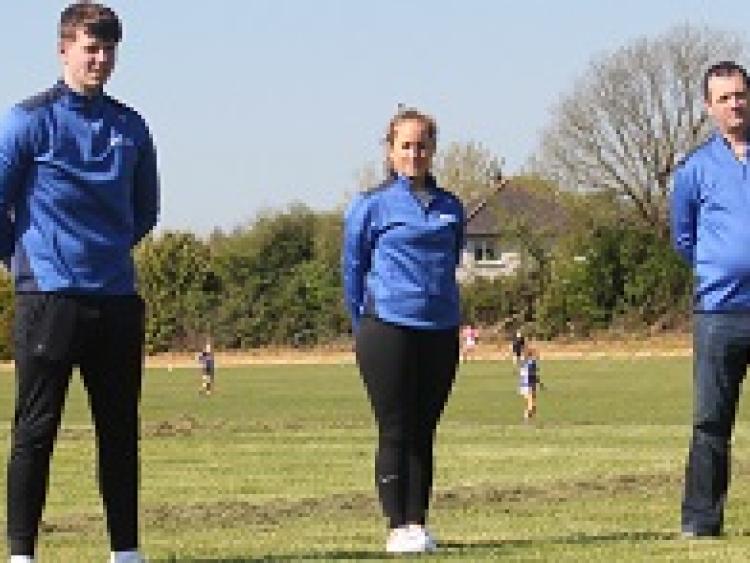 The ambitious project is being facilitated by Clonakenny based CK Streaming

Ladies gaelic football games in Tipperary from u12 right up to adult level will be streamed live for the coming season under an innovative initiative from Tiperary LGFA.

The games, which will be broadcast free to all on CK Streaming's YouTube channel, will heighten the profile of the game in the county and showcase it to a wider audience.

Speaking at the launch of the new partnership, Lar Roche Chairman of Tipperary Ladies Football stated: “We are delighted to have CK Streaming on board with us this to live stream our Camida Championship games. Over the past twelve months the Covid 19 Pandemic has wreaked havoc on our daily lives. But as the old saying goes 'it is an ill wind that doesn't blow some good'. And so, as we have adapted to playing our games with no/limited crowds in attendance, live streaming has now become a necessity.

“We have committed to live streaming a significant number of our games including all our County Championship Finals in 2021. We have all noticed that every club has connected with their diaspora particularly in the last twelve months, whether they are in Donegal or in Auckland. Through those connections we have identified a demand for people to see our games broadcast live. We have also identified with those who may be unable to attend games for one reason or another but who also wish to watch games with relations or neighbours involved.

“We firmly believe that we have a fabulous game to show off and we believe we have the right partner in CK Streaming to help us promote it in the most effective way possible.

Tomás Matthews of CK Streaming also expressed his delight to be involved in promoting what he says is the fastest growing sport in the country.

“We want to make club games easily accessible for everyone. We all have family or friends across the country and throughout the world, that would love to continue to support their home teams. They often find themselves relying on a Twitter feed and only getting the occasional update or none in some cases. Now they can tune in live or watch back matches they would have otherwise missed out on.

Tipperary Senior Ladies Football manager Declan Carr has welcomed the new partnership and heralded it as a new dawn in the coverage of ladies sport.

According to Tomas of CK Streaming, the coverage of the games will include pre match, half-time and full-time analysis which will bring club game streaming to a new level.

“Supporters will also see all of the games in the county previewed and reviewed on CK Streaming's weekly podcast: Along The Line.

Tomas also expressed his delight with his commentary and analysis team he has assembled and who will provide expert opinion including; Samantha Lambert, Niamh Lonergan, Stephen Gleeson and Tony Smith.

The recently retired All-Ireland winning captain Samantha Lambert said she is excited to be involved and is really looking forward to seeing Ladies Football in Tipperary being showcased to a broader audience. She added: “This partnership can only help promote the game both locally and nationally.

Samantha’s former County teammate Niamh Lonergan who announced her retirement after All Ireland success in 2019 is also looking forward to the games commencing.

“CK Streaming are extremely passionate about promoting the game and have done a lot of work in conjunction with the County Board to bring this to fruition.

CK Streaming is based in Clonakenny and Tomas explained that it was born out of his own passion for Tipperary Sport.
“I have spent my whole life going to and supporting Tipperary teams and in the last year I could see the need for live streaming of club games. We realised we had the skills and the equipment necessary to provide Live Streaming which we believe will bring Tipperary Ladies Football to a brand new audience and will also enhance the connection with our diaspora.’
CK Streaming will also be launching their new website in the coming weeks.