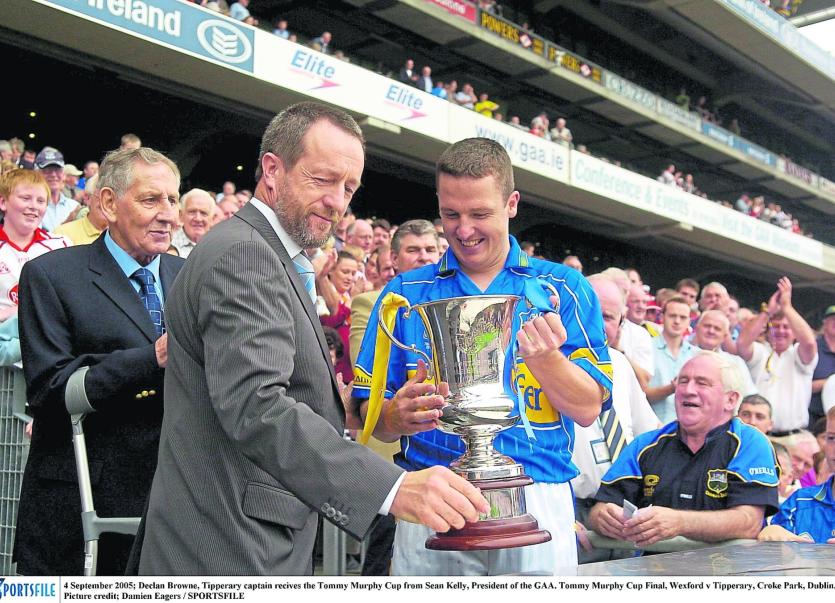 Declan Browne accepts the Tommy Murphy Cup 2005 from President of the GAA Sean Kelly following Tipp's win over Wexford. Also to the forefront Pete Savage on right and the late Michael Frawley behind.

While most sports fans would agree that it isn’t all about winning, Tipperary certainly know how to enjoy a senior football competition victory when they do come around.
Last year’s Munster championship success, our first since 1935, will remain in our memories for many years to come. While in the past decade there have also been Division 4 and Division 3 League Finals wins at Croke Park against Clare and Louth respectively.
There is also another special day going back to 2005 when Tipperary captured the Tommy Murphy Cup - a competition for designated counties that hadn’t reached the second round of the championship that year. The team, captained by Declan Browne (who has joined the Tipp seniors again this year as a forwards coach) and managed by Seamus McCarthy had succeeded in turning what was a horrible first half of the year into autumn glory with a 3-10 to 0-15 final win over Wexford at Croke Park.
Earlier that year Tipp had lost each of their seven National League games and were trounced by Kerry in the championship at the end of May. It was a remarkable achievement then to come from that football nadir at the start of the summer to lifting a national trophy on Sunday, September 4. 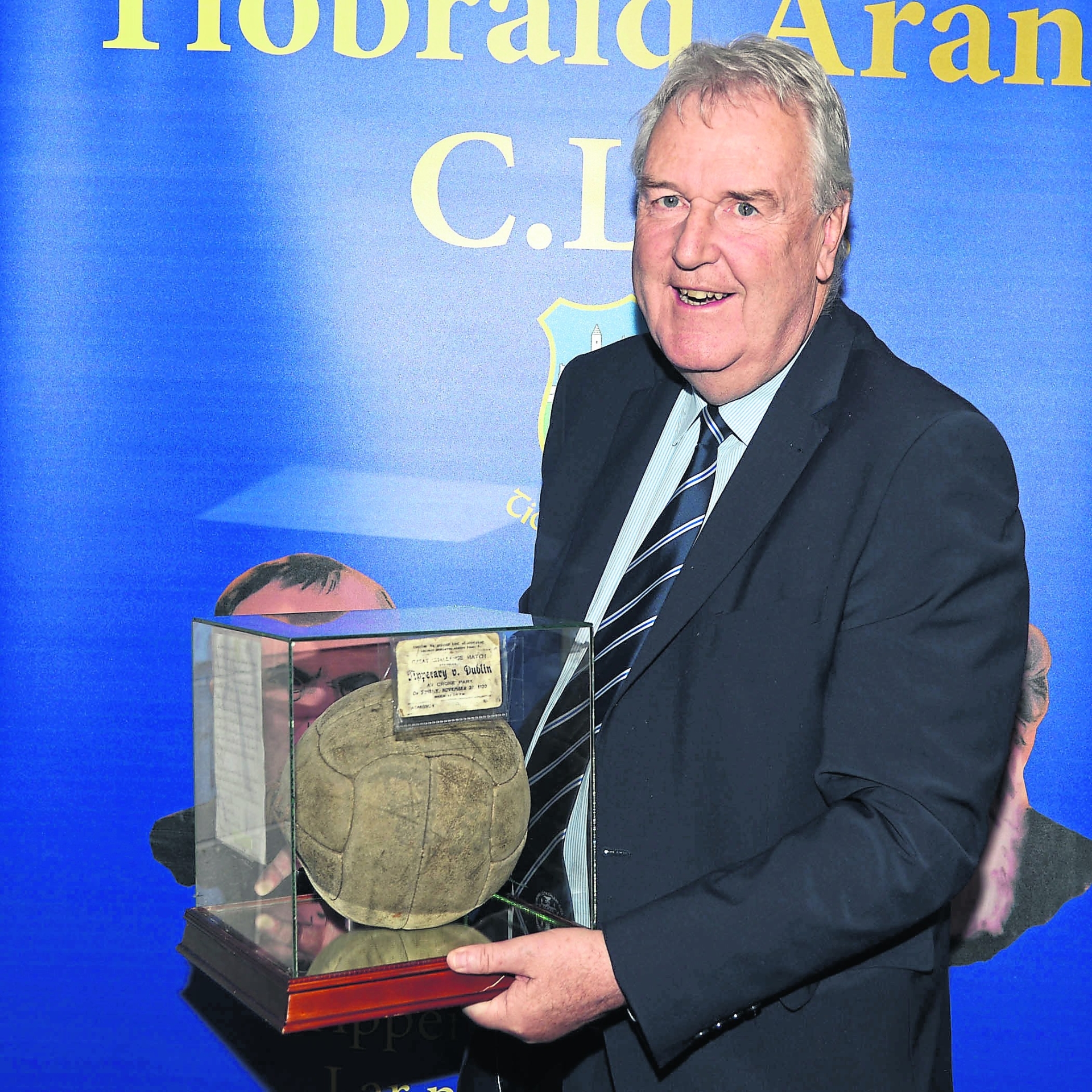 Seamus McCarthy (Galtee Rovers) who was the Tipperary football manager for that Tommy Murphy Cup success at Croke Park in September 2005.

Then county manager Seamus McCarthy has fond recollections of it all.
“The day itself was wonderful as it gave the players a rare opportunity to play in Croke Park. We were after having a dreadful league campaign losing all our games. But football had been somewhat in disarray in Tipp at the time,” said the Galtee Rovers clubman.
“After we won our first game against Leitrim in the Tommy Murphy we decided to make a special effort to see how far we could go. We beat Roscommon in the semi-final before coming up against a high-flying Wexford in the final. The game was played as a curtain-raiser to the All-Ireland semi-final between Tyrone and Armagh and had 80,000 present. From a profiling point of view it gave Tipperary the chance to show their skills and they certainly made the best of it,” added Seamus.
“We celebrated it as a national victory, as Tipperary football had been starved of success for many years before that win. We were fortunate enough to get a trip to New York later that same year and defeated New York in the Diaspora Cup Final,” Seamus recalled with great satisfaction.
Final result: 3-10 to 0-15.
The team that day was: Paul Fitzgerald (Fethard), Damien Byrne (Fethard), Niall Curran (Mullinahone), Peter King (Ballina), Pa Morrissey (Galtee Rovers, St Pecaun's), Brian Lacey (Round Towers, Kildare), Robbie Costigan (Cahir), Kevin Mulryan (JK Brackens), Niall Fitzgerald (Moyle Rovers), Aidan Fitzgerald (Fethard), Benny Hickey (Cahir), Benny Hahessy (Carrick Swans), Brian Mulvihill (Moyle Rovers), Declan Browne (captain, Moyle Rovers) and Damien O’Brien (Eire Og Annacarty/Donohill).
Subs used were: Stephen Murphy (Kilruane MacDonaghs), Fergal O’Callaghan (Clonmel Commercials), Eamonn Hanrahan (Clonmel Commercials).
Scorers: Aidan Fitzgerald 1-0, Benny Hickey 0-1, Declan Browne 1-7 (0-4 frees), Damien O’Brien 1-2.