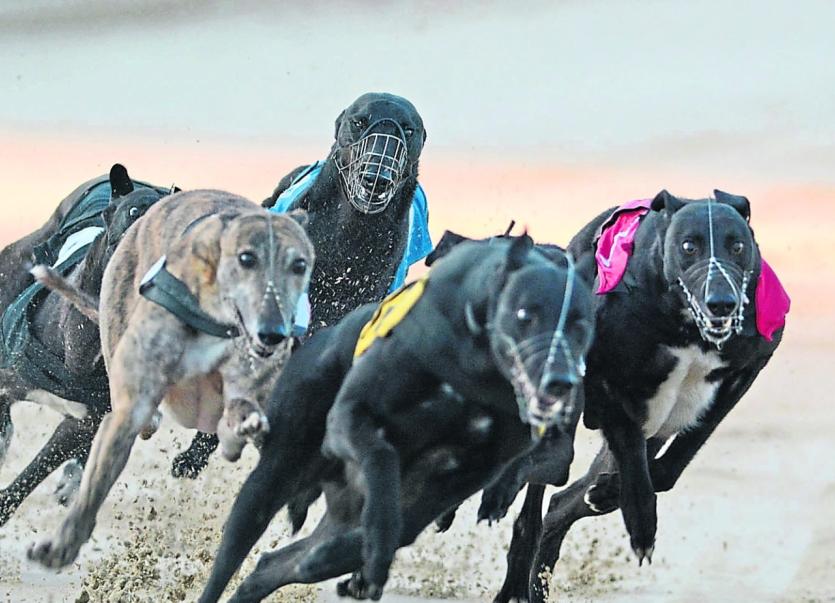 The Produce Stakes will continue for the next month in Clonmel

The opening round of the Larry O’Rourke National Produce Stakes at Clonmel Greyhound Stadium got off to a wonderful start last Saturday, with some eyecatching performances.

Graham Holland’s Romeo On Fire got his Produce Stakes campaign off to a winning start by landing his heat in 28.57. This son of Droopys Jet – Rushmoorbeatrice made all from trap five to skip to victory by four and-a-half lengths from Jacob Tashadelek, with the antepost favourite Explosive Boy back in third after encountering traffic problems early on.

Romeo On Fire is now into 8/1 from 16/1 with BoyleSports to give his trainer back-to-back wins in the race. Explosive Boy, for trainer Patrick Guilfoyle, is 3/1 from 5/1 while Jacob Tashadelek remains 16/1.

Deadly Destroyer was the fastest heat winner of the night in a blistering 28.28 for trainer Karol Ramsbottom and wearing the black jacket. He pulled clear of his rivals to win by seven and-a-half lengths and is now the 5/1 second favourite from 12/1.

Mallogs Marley was another heat winner for trainer Graham Holland, with his chances clipped into 14/1 from 20/1 to land the big prize. The son of Droopys Roddick – Emers Poppy made the semi-finals of the Con and Annie Kirby Memorial at Limerick and landed his heat of the National Produce Stakes in fine style to clock 28.42.

His career started off at Clonmel Stadium with a fast 28.38 on his card last December so he is one to keep an eye on for the future.

Marie Gilbert’s early speedster Agent Stanley was having his first race since the Con and Annie Kirby Memorial final and led most of the way on Saturday night, only to be caught on the line by Valegro in 28.62. Stanley is 16/1 from 20/1 while Valegro remains 16/1.

The Produce Stakes will continue for the next month.