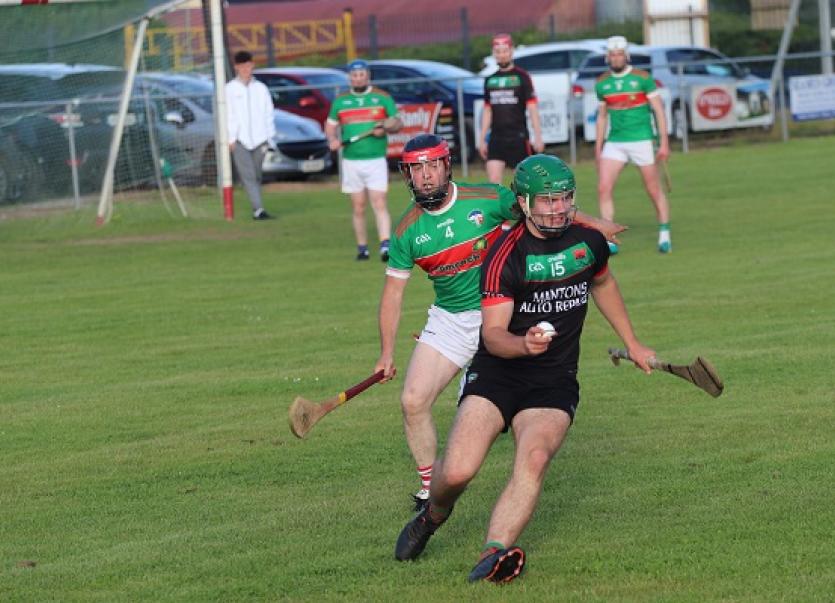 The game was played in Bansha

By: Francis Coughlan at Bansha

Cashel King Cormacs booked a second Tipperary Co-Op West Junior B Hurling Final appearance in three seasons seeing off the challenge of a spirited Solohead in Bansha on Wednesday evening. Played in ideal conditions the outcome of this game was in the melting pot for the most. Brian Minogue’s goal nine minutes from time ultimately gave Cashel the energy to push on and book a final meeting with Knockavilla Donaskeigh Kickhams on June 19th.

James Dee got Solohead off the board in the sixth minute with a pointed free. Following the long lay off both sides struggled to find the target early on and it was the ninth minute before Adrian Cummins pointed a free for Cashel’s opening score and he immediately doubled his tally. Solohead’s reply was instant when goalkeeper Philip O’Doherty pointed a long range free. It got better from Solohead when Denis O’Shea’s long range effort dropped short, Ross Doyle failed to catch the sliotar and it rolled to the net.

Cashel took over and finding the target they hit six points in a row to go three points in front with Adrian Cummins firing over three of these while Adrian O’Dwyer, Eoin Laffan and Jaymes O’Sullivan opened their accounts. Brendan Collins ending Solohead’s eleven-minute scoring drought when he hit their first point from play. While Adrian Cummins responded for Cashel King Cormacs it was Solohead who hit a purple patch to go in level at the break. James Dee to the fore with three points two of these coming from placed balls. Half Time: Solohead 1-7 0-10 Cashel King Cormacs.

Solohead hit the front twice on the resumption with Seamus Burns getting off the mark from a placed ball but Adrian Cummins continued his good form after the break with another point. Solohead found the lead again when Christopher O’Connor got his first point of the game. The game continued tit for tat with Solohead holding a one-point advantage at the water break 1-11 to 0-14. Cashel though could have put distance between themselves and their opponents but for a series of missed chances. Another Adrian Cummins point levelled the game when the sides resumed play only for Seamus Burns to point as Solohead just kept their noses in front.

Nine minutes from the Cashel got a big score when Brian Minogue goaled after Philip Doherty had saved Luke Quinlan’s initial effort. Cashel seemed to find renewed energy in the closing stages as they outscored their opponents 0-5 to 0-2. Solohead struggled to win primary possession in the forward lines depending on breaking ball and struggled for scores from play during the half. Four points behind Solohead won a free about twenty-one yards out and Philip Doherty came all the way from the Solohead goals to take it but his effort was blocked and eventually cleared. Luke Quinlan wrapped up the scoring before Fergal Horgan blew the final whistle. Cashel always looked dangerous in attack as the second half progressed and always seem willing to take on the Solohead defence as they hit 1-8 from play in the half. Full Time: Cashel King Cormacs 1-19 1-14 Solohead.