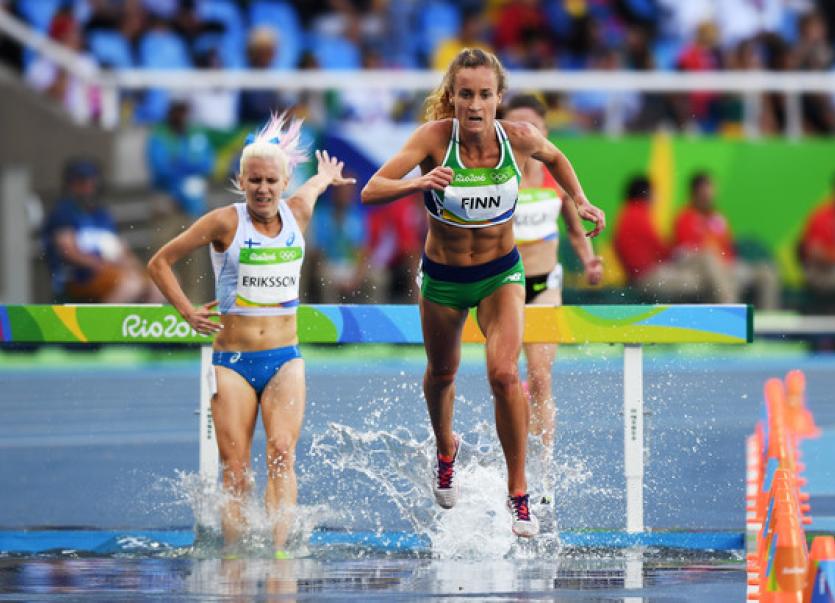 Thurles and Tipperary athletics enthusiasts will have a particular focus for their attention at the Olympic Games in Tokyo next month in that Michelle Finn who will wear the Irish singlet in the steeplechase event has strong Tipperary roots.

The Cork-born Leevale athlete earlier this month secured her qualifying time for the steeplechase when she finished second in the Paavo Nurmi Games in Finland. Her time of 9mins 29.25 seconds was nine seconds faster than her previous best and good enough to put her in 24th place in the world rankings for the event which will have a starting field of forty.

That time was just one second outside the long-standing Irish record held by Roisin McGettigan.

Michelle is daughter of Toddy Finn formerly of Abbey Road, Thurles, grand-daughter of the late May and Paddy Finn, and niece of Dinny, Jimmy, and the late Billy Finn.

Athletics runs strongly in the family in that Toddy was himself an outstanding performer on the local and national scene and winner of numerous championships and road races over a variety of distances. Indeed, in Tipperary athletics circles Toddy is something of a legend to this day, his colourful character and exceptional talent winning him many admirers.

A further Olympic link – Toddy is a first cousin of the late “Sonny” O Gorman from Thurles who competed in the marathon at the 1948 games, and who has many family connections still living in the area.

Michelle goes to Tokyo in fine form and thrilled with her PB for the distance in the run-up to Tokyo. “ I definitely knew I could go under 9.30 but I never knew when I would do it and I am just delighted to have done in before the Olympics. It was definitely overdue and I am just happy to be running a time I knew I should be running for ages”, she said.

All in Thurles and Tipperary will wish Michelle success as she competes in the Olympics for the second time, having also taken part in Rio in 2016