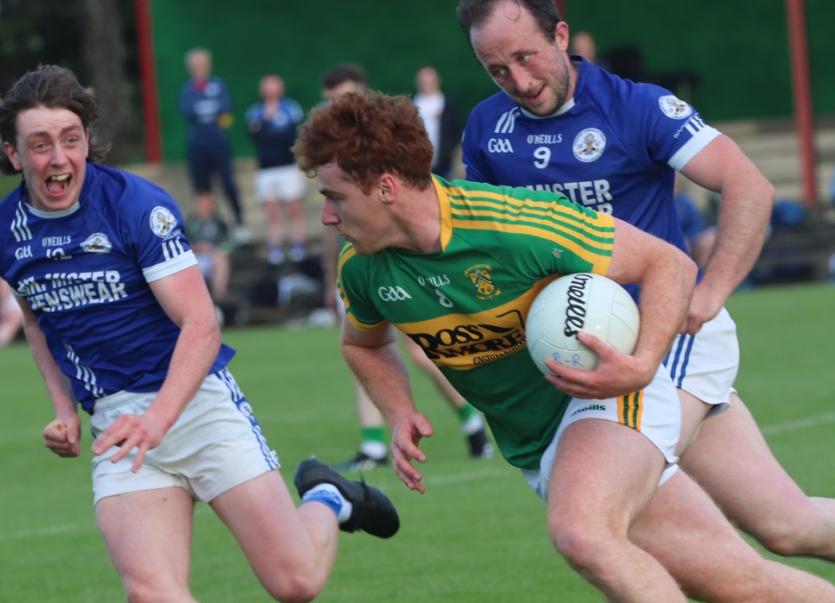 Clonoulty/Rossmore, despite having a slow start, captured their third Shane Hennessy Agri Advisor West Intermediate Football Championship when they overcame a fancied Rockwell Rovers side at Leahy Park, Cashel, on Wednesday evening. In doing so, they bridged a 29-year gap, having won their last title in this grade back in 1991. Rockwell were fancied by many to add the West title to their County title, but on the night, had to settle for second best.
This was a highly entertaining game, watched by a Covid restricted crowd, on an evening which had little or no wind. Rockwell started the better and with TJ Ryan in flying form, they raced into a 0.5 to 0.0 lead after thirteen minutes. Ryan kicked three points in that period, with Pat Keating and Gavin Ryan adding one a piece. It took Clonoulty all of fifteen minutes to register their opening score, a great point from man of the match, Enda Heffernan.
Clonoulty were given a lifeline after twenty one minutes when full forward Cathal Bourke, slotted home a penalty goal at the far end, but Rockwell responded well with TJ Ryan hitting two frees to go three points up with five minutes remaining in the half. Enda Heffernan cut the deficit with a point on the stroke of half time to leave two points between the sides.
Clonoulty came out a different team after the break, with Nathan Slattery added to the attack. Three converted frees, two from Enda Heffernan and one from Cathal Bourke, had them go one up after five minutes. Two minutes later Rovers were back in front, when Pat Halley was first to react to a high ball into the Clonoulty goalmouth, with the Clonoulty backs slow to react, he got the ball over the line to restore their two point lead. Aidan Loughman swiftly replied with a fine point, before Cathal Bourke tied up the game with a converted free following a foul on Nathan Slattery. 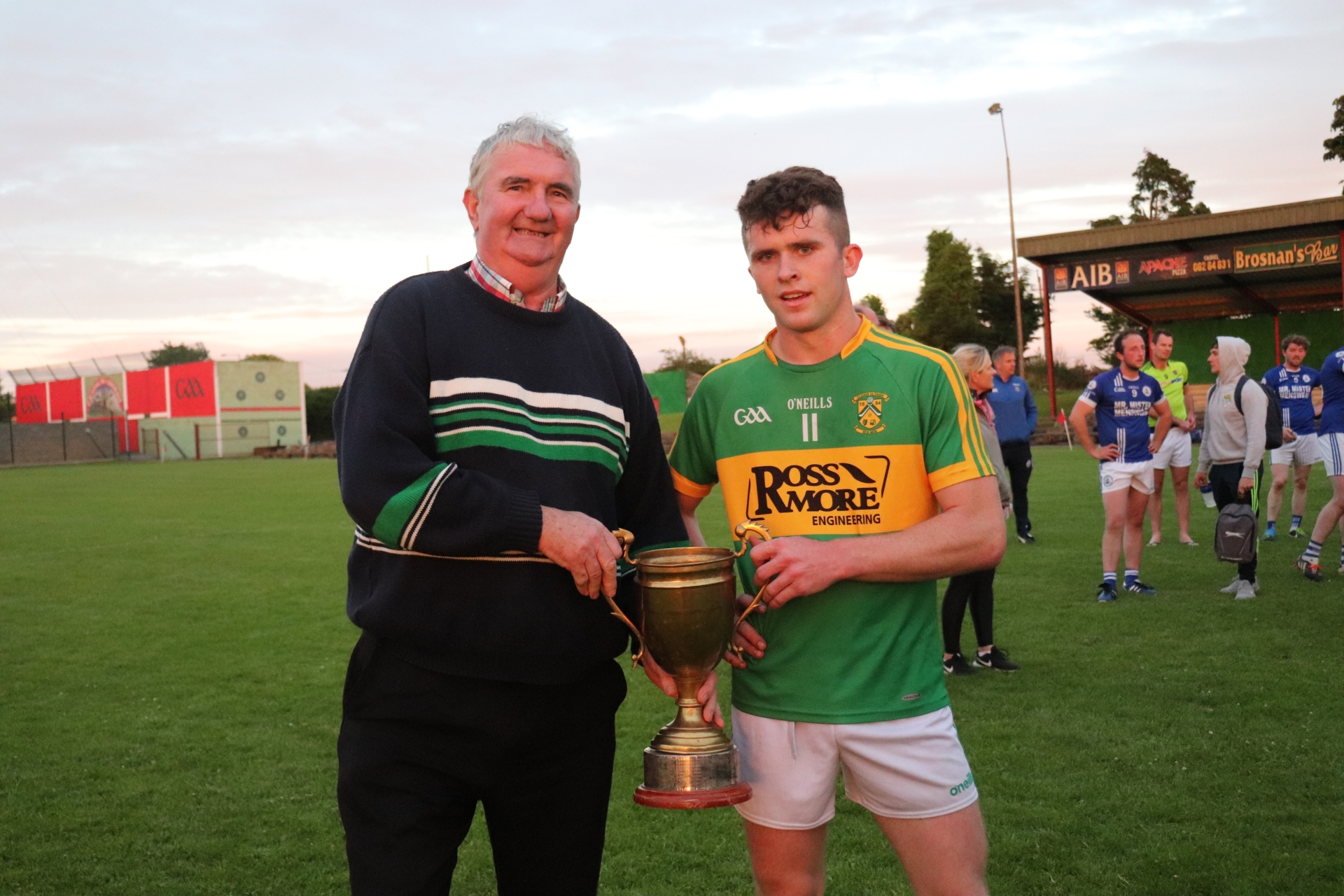 Jack Ryan was dominating the middle of the field with some fine high fielding and with Heffernan and Bourke unerring from placed balls, Clonoulty were one up at the water break and looking dangerous in their attack. The switch of Aaron Ryan (Rody) to centre back shored up their defence and with Sean Ryan (Raymond) coming more into the game, Rockwell were finding scores hard to come by. Alan Moloney was introduced to their attack and immediately converted a close in free. Aidan Barron eased them back in front with a well taken point, following a run from midfield. A converted free from Enda Heffernan, following a foul on Odhran Quirke, tied the game with six minutes remaining. Cathal Bourke looked to have Clonoulty’s name on the cup when he kicked two late points, but an Alan Moloney Free and a point from play from Kevin Cleary, two minutes into injury time sent the game to extra time, with the score Clonoulty/ Rossmore 1.12, Rockwell Rovers 1.12.
Extra-time saw Clonoulty at their best, Jack Ryan and Enda Heffernan dominating the midfield area and with their defence on top, Rovers were finding scores hard to come by, despite the best efforts of Gavin Ryan and Aidan Barron. A superb goal at the far end by Jack Ryan, after a run through the middle, was the break that Clonoulty needed. Enda Heffernan got his seventh point of the evening to put them four points to the good at the half-time break.
The second half of extra time was even enough, Alan Moloney with a free and Gavin Ryan from play added to the Rovers tally, but Cathal Bourke and Enda Heffernan cancelled out as Clonoulty/ Rossmore ran out deserving winners by four points.
This was a team victory from Clonoulty/Rossmore. John Devane handled well and his long kick outs were well placed. Sean Ryan (Raymond) and Sean O’Connor were tenacious in their tackling. Aaron Ryan (Rody) shored up the back. Enda Heffernan and Jack Ryan controlled the midfield area while in attack Cathal Bourke led from the edge of the square, with good assistance from Aidan Loughman. Nathan Slattery and Odhran Quirke, when introduced added firepower to the forwards and were always a threat to the Rovers defence.
Rockwell Rovers will be disappointed with this result. Liam Fahy was always commanding at the back. TJ Ryan and Gavin Ryan were always threatening and kicked some good scores. Aidan Barron and Pat Halley will be happy with their performance, but overall Clonoulty/Rossmore were deserving winners.