Tributes pour in for Tipperary equine superstar on his passing 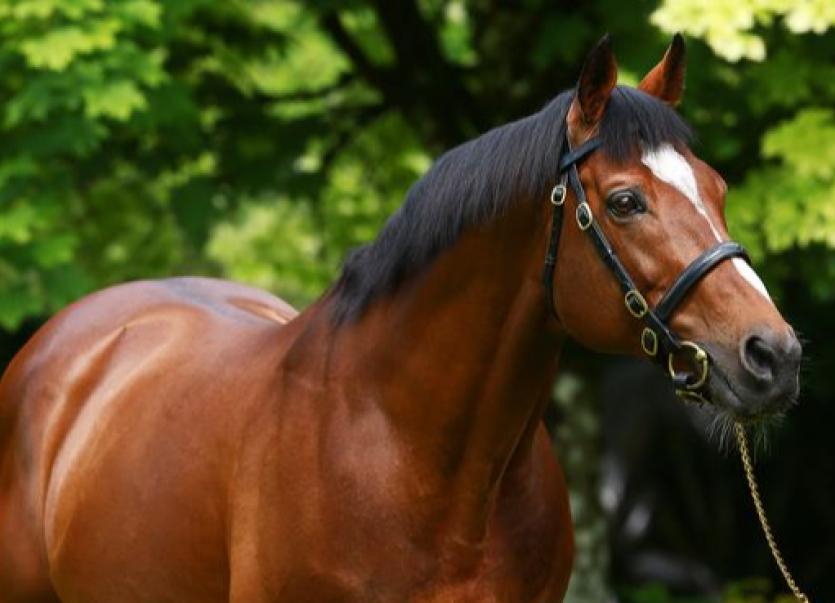 The death of an equine superstar is being mourned in Tipperary this week.
Champion sire Galileo was euthanised on Saturday at Coolmore Stud near Fethard on humane grounds owing to a chronic, non-responsive and debilitating injury to the left fore foot.
“It is a very sad day,” said John Magnier in a statement on Coolmore Stud's Facebook page.
"But we all feel incredibly fortunate to have had Galileo here at Coolmore. I would like to thank the dedicated people who looked after him so well all along the way.
"He was always a very special horse to us and he was the first Derby winner we had in Ballydoyle in the post MV O’Brien era.
"I would also like to thank Aidan (O'Brien) and his team for the brilliant job they did with him. The effect he is having on the breed through his sons and daughters will be a lasting legacy and his phenomenal success really is unprecedented.”

Galileo, who was aged 23, was a racehorse of the highest calibre with wins in the English Derby, Irish Derby and King George in 2001, before finishing second to Fantastic Light in one of the most memorable runnings of the Irish Champion Stakes.
Following his strikingly impressive Epsom Derby success the front page headline in the Racing Post was the single word 'Perfection', a description that Coolmore said couldn't have been more apt.
However, the horse's achievements on the track were overshadowed by his career as a stallion.
Bred in the purple by Sadler’s Wells out of Arc de Triomphe heroine Urban Sea and unbeaten in his first six starts, Galileo proved an immediate success at stud, siring Irish 1,000 Guineas winner Nightime from his first crop. Appropriately he became the most successful Group 1 sire of all time when his daughter Peaceful won the same race in June of last year.
His total of individual Group 1 winners now stands at 92 - the latest coming just hours after his death when Bolshoi Ballet won the Belmont Derby- while no less than 20 of his sons have sired Group 1 winners on the flat, headed by Frankel and Australia.
"He was unique and we will never see the likes of him again," Galileo's trainer Aidan O'Brien said.

"The determination he put into his stock was something else – that's what made him different.

"You would train a lot of horses, different types of horses who all have different traits, but very few of them, in fact none of them, put that mental trait into their horses the way Galileo did.

"What he put into their minds, that genuineness, was out of this world."

Mick Kinane, who partnered Galileo to five of his six Galileo career wins, said he was up there with the best horses he has ever ridden and couldn't believe how smooth the 2001 Derby win was.

Kinane told the Racing Post: "It's the passing of a great. Even my daughter got emotional when she heard he was dead. That shows how much he meant to her. He was a big part of my life in every way and it's sad he didn't get to live it out a bit longer.

"The Derby was very smooth – there was never a moment's bother from the minute we left the gates. We were always in control of what we were doing. It's testament to the horse that it went like that as it's very seldom it happens like that in those big races when you're on one everyone expects to win."

Kinane added: "He was an easy horse to ride. He could take a hold in the early days, and it took him a while to settle him initially as he was a very enthusiastic horse. He was always eager to please and was a beautifully balanced horse and very easy to be a part of.

"When a horse can win two Derbies and a King George – very few three-year-olds can do that. He has been one of the best I've ever ridden for sure."