'My forwards are in good form and in good shape' 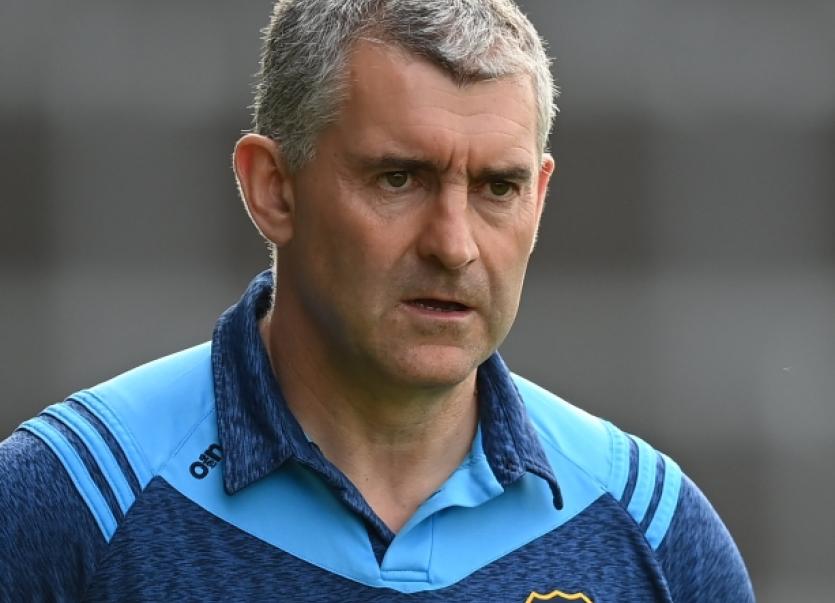 The post-match discourse following Tipperary’s semi-final defeat of Clare in the Munster senior hurling championship was dominated by the sin-binning of Clare’s Aidan McCarthy and the subsequent awarding of a penalty to Tipperary.
It was an incident that many believe turned the tide in Tipperary’s favour, and sent them on course for an appearance against holders Limerick in this Sunday’s final.
Apart, however, from all the background noise surrounding the game’s major talking point, there were other aspects for Tipperary to ponder ahead of the huge battle they’ll face this weekend.
Not least of those was the number of chances for more goals that they missed, opportunities that could maybe have put the outcome beyond doubt long before the final whistle.
Rather than bemoaning the chances that were squandered, Tipperary manager Liam Sheedy looks on them in a slightly different light.
“When you get inside the 21 you have to be ‘hanging them up’”, he says.
“But in fairness this team has a good track record that when they get in they normally put chances away. They’re normally very good to finish.
“The most pleasing aspect of the semi-final was that we got six goal chances.
“If you’re creating six goal chances in a game you’re certainly getting good ball in, you’re certainly getting your hands on the ball and you’re shifting it into the danger area. I was really pleased about the six goal chances.
“And creating goal chances against this quality of opposition is going to be a key facet of our game if we’re going to be competitive in this match.
“My forwards are in good form and in good shape. And if we can give them quality ball I think we can flourish and prosper. They will face a really tough defence in Limerick but that’s something we look forward to.”

Another point of discussion from the win over Clare centred on Tipp corner back Cathal Barrett, not only for the role that he played in snuffing out danger man Tony Kelly but for the yellow card that he received from referee James Owens.
Does Liam Sheedy believe that Cathal Barrett is refereed differently to our other players?
“I think definitely. I was shocked and I would have had a word with the fourth official (in the match against Clare). I could not get over the first yellow card. We strongly voiced the opinion that that was his first foul all day.
“I was shocked to see the yellow card the previous year (in the All-Ireland championship against Galway), the second foul we would have had no arguments with.
“He seems to have come in for the wrath of punishment at times which I feel is unjustified.
“Cathal is a really good corner back, he really attacks the ball. He’s an on the ball player. There’s no aspect of his game that would be of a dirty nature. He attacks the ball, he wants to win the ball, play the ball and beat his man.
“After that, that’s all Cathal can control and that’s all I can control. He’s a great corner back in superb form, and he’s a big player for me on big championship days.
“I thought his performance on Tony Kelly the last day was exceptional, when you think of the form that Tony has been in over the last 18 months. I think Cathal did a Trojan job on him.” 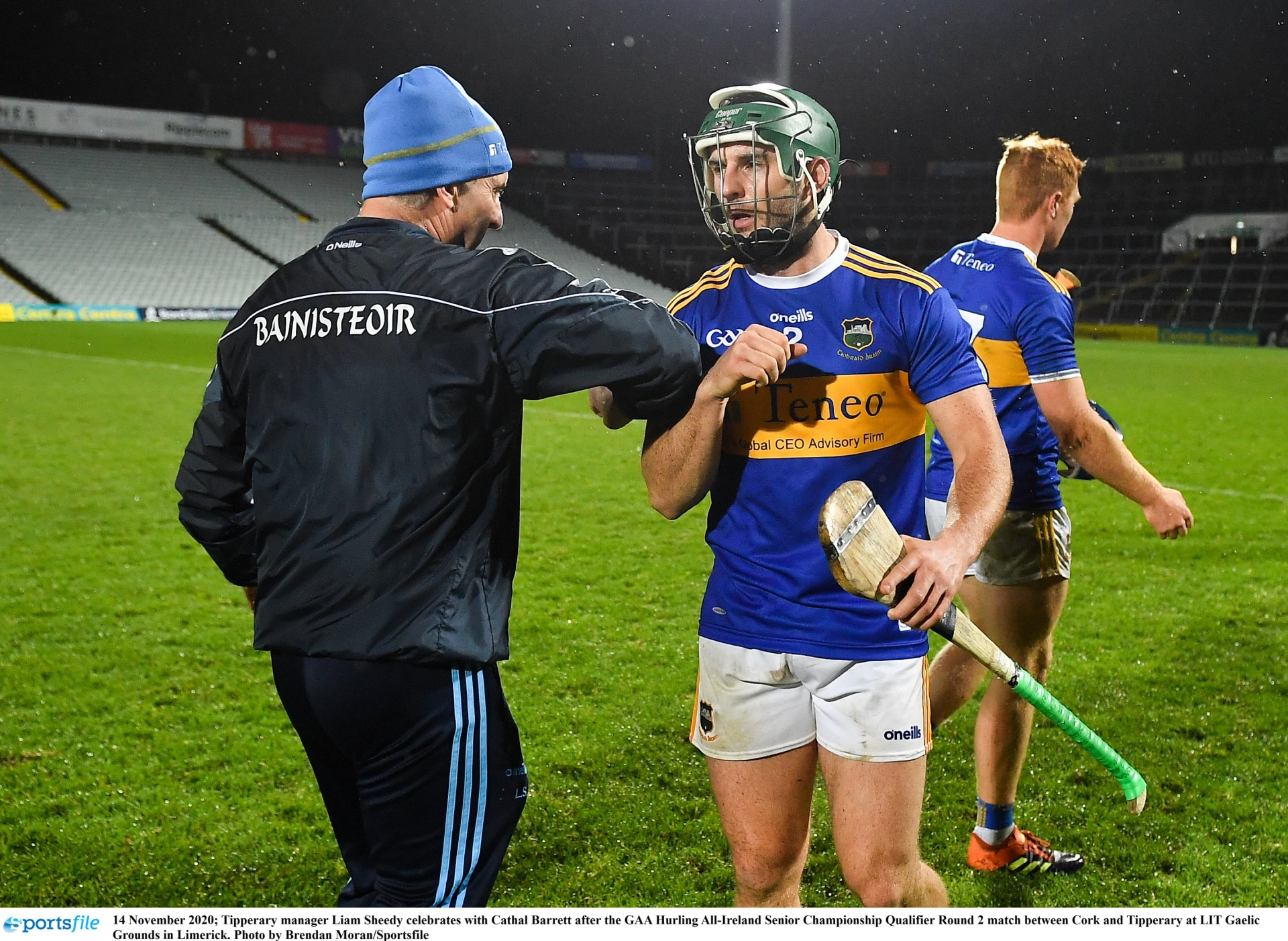 Above: Cathal Barrett is highly rated by Liam Sheedy

The effort required is nothing short of immense if teams want to get to grips with a team as physically imposing, mobile and talented as Limerick.
And that’s something that the Tipperary boss readily acknowledges.
“Workrate will be huge again and if we don’t bring that level of work we won’t be able to match this team,” says Sheedy.
“We’re well aware of that, you’ve got to get your hands on the ball but when you don’t have the ball you’ve got to work extremely hard.
“The lads have the work done on the training pitch to enable them to bring a good level of intensity to the pitch. When Waterford overran us in the league and were getting good quality ball in, it’s very hard to deal with.
“I thought the workrate of our top six (i.e. the forwards) for that second half especially against Clare really gave us a platform to get ball back and to get the ball back into the danger area.
“If we can't bring a level of intensity that matches this team for workrate we’ll come off second best, and we’re well aware of that.”
Does he think that Limerick have any weaknesses?
“It was gas listening to the commentary (after the semi-final) that suggested that Limerick were a bit off. If we came away after beating Cork by eight points we’d be happy enough coming home on the bus.
“They’re a really good team and play a really good brand of hurling. They’re physically well prepared, they’ve a really strong panel and there’s a lot of experience in the group.

“They’re at the prime of their powers, really.
“For us, we’re not too bad ourselves. I 100% get where people are coming from with Limerick being the reigning Munster and All-Ireland champions. If you were to poll the neutrals and the pundits now they would all say Limerick.
“But that’s why we do these jobs and that’s why we relish these challenges. I think there will be a number of big moments in this match and my players and team are used to dealing with big moments and winning big matches.
“This is a big challenge for us and one we’re relishing, because we’ve been written in most quarters. There’s a good belief in my group.” 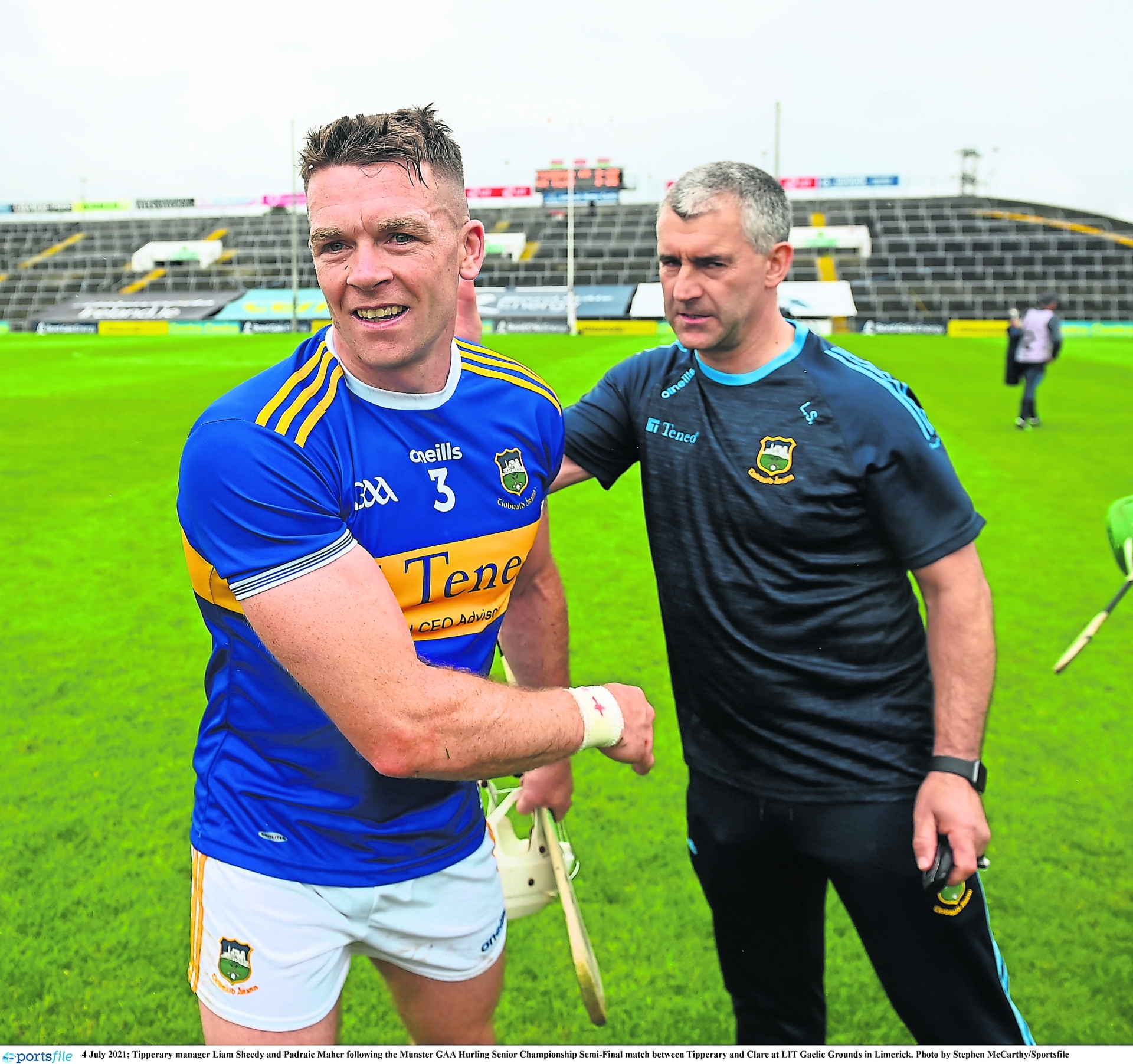 Did the controversial incident in the Clare game unfairly overshadow his team’s performance?
“All the headlines were about what was it, what should it have been, what shouldn’t it have been. We can’t control any of that.
“The bottom line is that we were a team that came from six points down to nine points up between early in the first half and late in the second half, and that takes a bit of doing whether you have 13, 14 or 15 men.
“There have been a number of teams that faced 14 players with 15 players and didn’t really capitalise on it. We capitalised on that opportunity that the 10 minutes presented.
“Some of our play throughout that 70 minutes was of the highest calibre. We did have a poor start, we didn’t really finish the chance, we had seven or eight wides in the last ten minutes, which isn’t acceptable. We’ve areas to work on but we’re very happy where we’re at.
“We were delighted to get over the line and what people decide to make of it or not make of it isn’t within our realms of control.”
Naturally, he says it suits his team going into the final as outsiders.
“The level of expectation is that Limerick are probably just that step ahead of everyone else, but isn’t that what sport is made for.
“All we can do is prepare our own team and get our own house in order, and I feel we’ll be coming into Cork fully prepped and fully ready.
“We feel on any given day if we can bring our top level performance we’ve a chance of beating any opposition. We are underdogs, but it’s a tag we're quite happy to take." 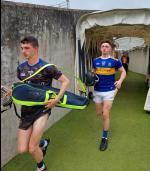