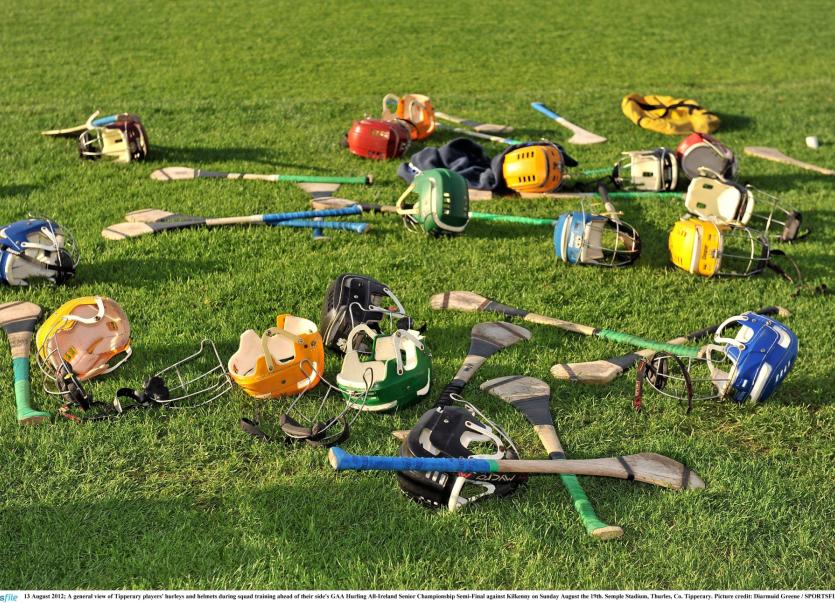 The Semi Finals of the 2021 Maria Marron Palmers Hill Stud West JBH League took place on the Monday and Tuesday evenings of last week, with Eire Og and Cappawhite qualifying for the final.

By: John O’Shea at Annacarty

Eire Og had a convincing win over Kickhams at Annacarty on Tuesday evening last, to book their place in the final, before a Covid restricted crowd. This highly entertaining game was controlled by the home side from the outset, with full forward Ronan O’Brien dictating proceedings in their forward division. They led at the water break by double scores, 0.8 to 0.4, and were it not for a wonderful save by Paddy Ryan, from O’Brien, this lead would have been greater.

This trend continued for the second quarter and goals from Ronan O’Brien, Cian Mooney and Richard O’Doherty really put the issue beyond doubt by the half time break. Kickhams were dependant on Conor Horgan from placed balls with Ben Ryan also prominent.

After the break Eire Og, and in particular Paidi Bradshaw, kept up the pace, and when Jack Kingston added a fourth goal, their place in the final was cemented. Kickhams, to their credit, never gave up and Conor O’Mahony hit four long range points during this period.

Cappawhite booked their place in the Maria Marron Palmers Hill Stud West Junior B Hurling League Final with a late flurry of points to see off the challenge of Emly in Emly on Monday night last. Despite Dean Heffernan opening the scoring for Emly it was Cappawhite who opened up an early advantage. Colm O'Dwyer and Michael O'Neill the main scorers from placed balls as they led by 0-6 to 0-2. Emly came more into the game with Christopher Hennessy and Conor Burke getting on the mark. With ten minutes left in the half Cappawhite led by 0-10 to 0-6 but Emly fought back with four points in a row including two more points from Christopher Hennessy from placed balls to draw level. Just before half time Gearoid Lennon goaled for Cappawhite to see them lead 1-10 to 0-11 at the break.

Cappawhite held sway in the third quarter stretching their lead to five points by the water break 1-16 to 0-14 with points from Colm O'Dwyer, Gearoid Lennon and Michael O'Neill. Both sides reduced to fourteen just before the water break. Bob McEniry goaled on the resumption, but Cappawhite soon push the lead back out to six and held that advantage until Aidan O'Heney goaled for the home side with six minutes to play. Cappawhite though finished with a late flurry of points to advance to the final.