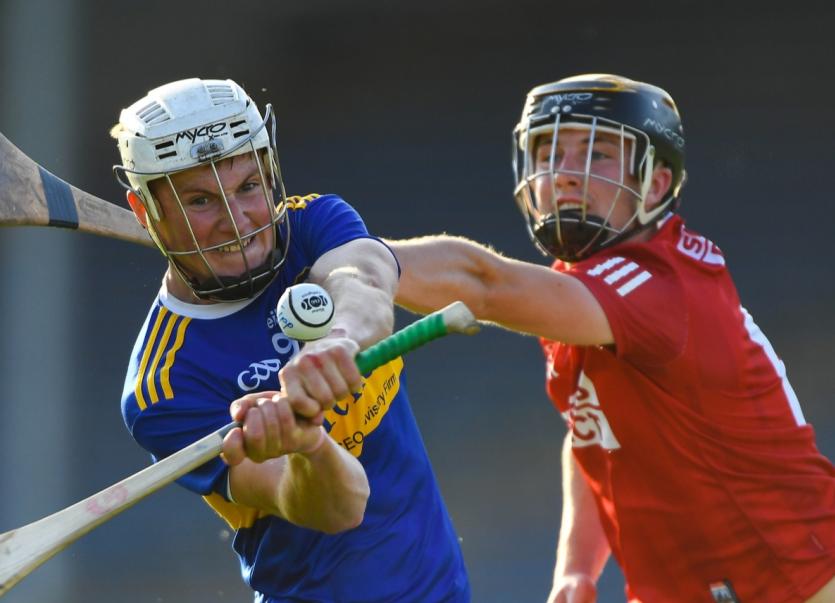 John Campion shoots a point for Tipperary during the Munster U20 hurling championship semi-final at Semple Stadium. Picture: Sportsfile

Who says lightning doesn’t strike twice! Three days after the Tipperary seniors’ second half collapse against Limerick in the Munster senior hurling final, the Premier County’s Under 20 hurlers saw a six points interval lead turned into a six points defeat, as Cork blitzed them in the Munster championship semi-final at Semple Stadium last Tuesday night.

The  turnabout was not quite as dramatic as in the senior contest but it was every bit as devastating as the Tipp lads, having established a winning position by half-time, were taken apart in the third quarter by a rampant Cork side that included seven of the squad that brought them the 2020 All-Ireland title a week previously.

There will be some serious soul-searching in Tipperary at such demoralising surrendering of match-winning positions.

This Tipp squad had won Munster at minor level so there were reasonable grounds for optimism. Perhaps the manner in which they controlled the first half induced a false sense of security and when the tide turned against them in the third quarter, they could not halt the Cork march as an interval lead of 1-13 to 0-10 dissolved into a Cork lead of 2-15 to 1-14 by the second water break, a ten point turnover in the third quarter.

Tipperary did not bring the required intensity to their second half game and they duly paid the penalty, despite the best efforts of Kevin Maher, Fintan Purcell, Max Hackett and Devon Ryan.

The loss of John Campion to injury shortly before half-time did not help the Tipp cause but at the end of the day the Tipp performance overall was not enough to merit a place in the final.