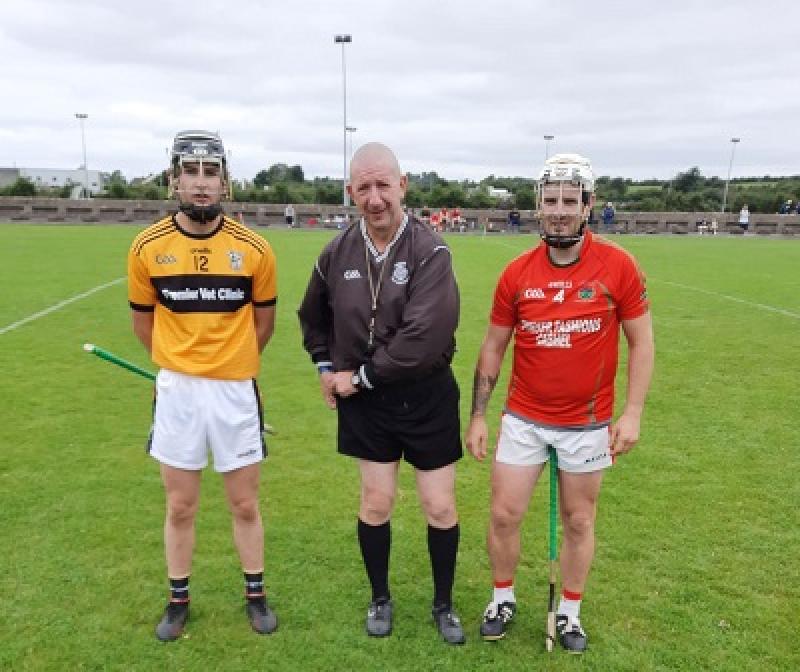 The games were played at the weekend in Cashel and Solohead

Knockavilla Donaskeigh Kickhams advanced to the knockout stages of the Tipperary Co Op West Junior B Hurling championship with a comfortable win over Cashel King Cormacs at Cashel on Sunday morning. Kickhams were much stronger throughout and with Conor Horgan and Jamie Duncan in fine shooting form at midfield, the home side were up against it from the start. Horgan finished the game with fifteen points to his credit, which included seven from open play, while Duncan chipped in with four points.

Kickhams had three points on the board in the opening six minutes before Willie Fitzelle opened Cashel’s account from a placed ball four minutes later. A Ben Ryan goal after twenty six minutes opened up a gap that the home side would never close as Kickhams led at the half time break by 1.14 to 0.5.

Cashel upped their game after the restart and hit one goal and two points in the opening three minutes, the goal coming from Ryan O’Sullivan after good work by Brian Minogue and Willie Fitzelle. However four unanswered points from Conor Horgan plus one from Johnny Ryan soon had parity restored. Willie O’Dwyer got Kickhams second goal, with his first touch after being introduced, when he first timed to the Cashel net with fifteen minutes remaining

This 2.29 to 1.12 victory now guarantees Kickhams a quarter final slot.

Solohead got over the line in their first outing of the Tipperary Co Op West Junior B Hurling Championship when they accounted for Rosegreen in a closely contested game at Solohead on Saturday evening.

The sides were level on seven different occasions during this contest, but the home side finished the stronger in the closing quarter, the sides having been level at the second half water break. 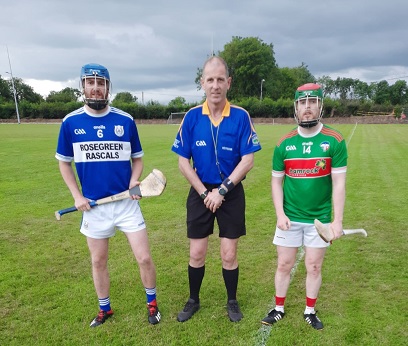 Two first half goals for Solohead from Eoin Riordan and Paul Ryan had edged them ahead at half time by the minimum, 2.7 to 0.12 despite the best efforts of Colm Hayde for Rosegreen, who hit eight frees during this opening half.

A goal by Brian Og O’Dwyer nine minutes into the second half gave the visitors momentum but the accuracy of James Dee from placed balls in the closing stages was the difference between the sides at the finish as they ran out two-point worthy winners.