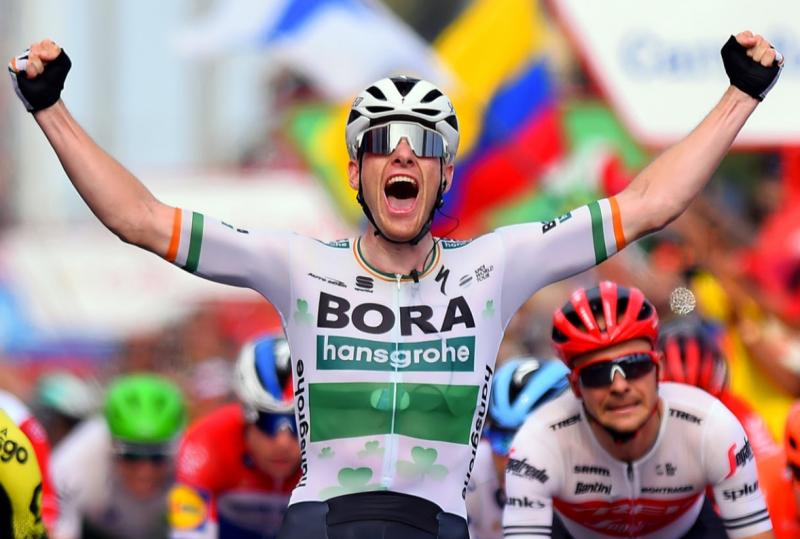 After two years apart Tipperary cyclist Sam Bennett, who had previously spent six years in Ralph Denk’s team, will be returning to his roots when he rejoins the BORA-hansgrohe team.

Along with Danny van Poppel, Shane Archbold and Ryan Mullen, the Carrick-on-Suir man will be joined by a powerful sprint squad in the German-based team. All four riders have received two-year contracts.

“I am very excited about returning to BORA–hansgrohe," Bennett has stated.

"I had six incredible years with this team and I really feel like I grew up as a pro rider during this period. It was a really difficult decision to leave, but I decided I needed to continue my professional and personal development in a new environment.

"While some may have questioned my decision at that time, I believe it is the right move for me to return to BORA-hansgrohe. I have enjoyed two great years at Deceuninck-Quick-Step, my boyhood dream team, and have continued my development both on and off the bike while making lifelong friendships.

"However, I feel ready to go back home to be the team leader that I want to be, and know BORA-hansgrohe also wants me to be."

Bennett, last year's winner of the Points Classification in the Tour de France, is still recovering from the knee injury that forced him to miss this year's Tour de France.

However he is confident of overcoming what he describes as "this small setback" and get back to where he wants to be soon, winning races.

"Injuries are part of life, I’ve had them before and have overcome them, this is just another hurdle to conquer on life's journey," he stated.