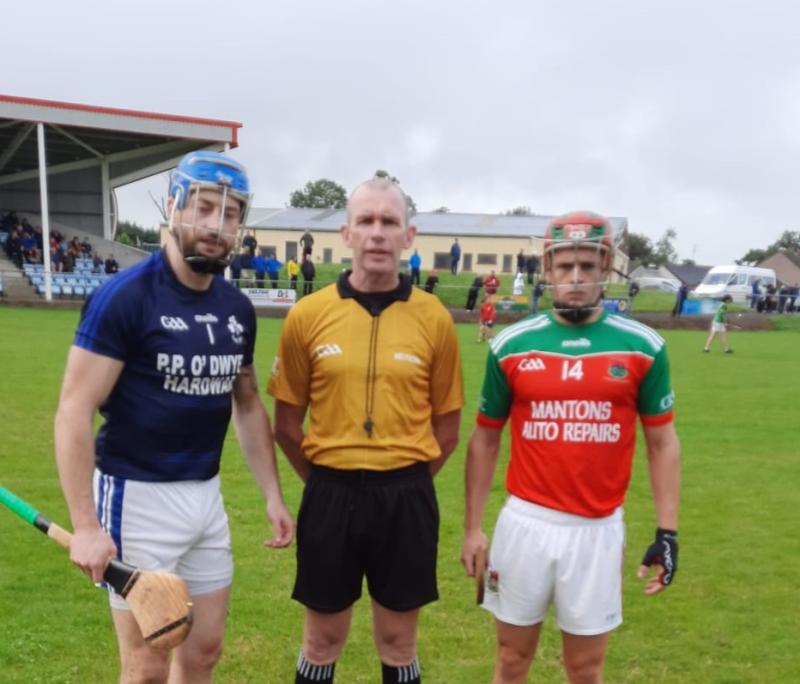 Cashel King Cormacs are through to this year’s Tipperary Co Op West senior hurling championship final as a result of their eleven-point victory over Eire Og Annacarty Donohill in the semi-final at Bansha on Saturday last.
A strong final quarter, in which they outscored their opponents by 2-4 to 0-3, propelled the town side into their first West final appearance since 2005, where they will be hoping to go one better on this occasion and get their hands on the O’Dwyer Cup for the first time since 1995.
They will meet holders Clonoulty/Rossmore in next Saturday’s final at Golden (6pm).
Eire Og were first out of the blocks and early points from Brian Fox, Cian Mooney and Dinny Crosse saw them lead by three points after eight minutes.
However wayward shooting in front of goal, both from open play and from placed balls, kept Cashel King Cormacs in the game during those opening minutes.
Conn Bonnar got Cashel on the scoreboard in the ninth minute with a long- range point before Devon Ryan cut the deficit to the minimum a minute later.
Cashel were slowly getting to the pitch of the game, with Eoghan Connolly and Conor O’Dwyer in their half back line beginning to assert themselves.
Points from Seanie Ryan, Connie Bradshaw and a long- range effort from Darragh Mooney eased Eire Og back out to four, before Ross Bonnar latched onto a breaking ball to hammer home the opening goal. A Dan Moloney point tied up the game, 1-3 to 0-6, by the water break.
On the resumption Cashel began to dominate and a Jack McGrath goal after eighteen minutes, when he followed up on a double save by Mooney, put some daylight between the sides.
Points from Eoghan Connolly, Conor O’Dwyer and Ross Bonnar pushed the town side into a seven-point lead as half-time approached.
Eire Og finished the half with points from Eoin Bradshaw and one from a placed ball from Donal O’Dwyer, who had taken over the freetaking duties. The half-time score was Cashel King Cormacs 2-7, Eire Og Annacarty Donohill 0-8.
The third quarter was even enough on the scoreboard.
Devon Ryan and Ross Bonnar stretched Cashel’s lead out to seven, but a resurgent Eire Og hit back with points from Brian Fox, Tom Fox and two from Donal O’Dwyer to leave four between the sides with fifteen minutes remaining.
The final quarter showed Cashel at their best. Substitute Lee Bourke latched onto a poor short clearance out of the Eire Og defence and crashed home goal number three.
Ger Browne was introduced to the Cashel attack and his introduction caused problems for the Eire Og full back line. Browne finished the game with a goal and two points to his credit.
Cashel will be happy with their overall performance, despite a slow start, which on another day could have left them with a bigger deficit to recover.
They have a strong spine, with Nathan Ryan at full back and Eoghan Connolly at centre back particularly effective.
Dan Moloney and Conn Bonnar shaded the midfield battle, while their forwards took their goal chances well.
They are now back in a west final for the first time in 16 years.
Eire Og, on the day, had a few injury problems but will also rue the early missed chances.
They shot seven wides in that opening quarter and the concession of goals will need to be sorted ahead of their upcoming county championship games in the next few weeks.
Cashel King Cormacs: Aaron Browne, Ciaran Quinn, Nathan Ryan, Cormac Ryan, Conor O’Dwyer (0-1), Eoghan Connolly (0-3 frees), James Cummins, Conn Bonnar (0-1), Dan Moloney (0-1), Devon Ryan (0-4, 2 frees), Ryan O’Dwyer, Cathal Quinn, Aaron Moloney, Ross Bonnar (1-2), Jack McGrath (1-0).
Subs used: Ger Browne (1-2), Lee Bourke (1-0).
Eire Og Annacarty Donohill: Darragh Mooney (0-1 free), Diarmuid Ryan, Paul Devlin, Mikie Bradshaw, Conor O’Brien, Tom Fox (0-2), Brian Fox (0-2), Eoin Bradshaw (0-1), Stephen O’Brien, Connie Bradshaw (0-1), Donal O’Dwyer (0-5,3 frees), Cian Mooney (0-1), Seanie Ryan (0-1 free), Dinny Crosse (0-1), Josh Quinn.
Subs used: Paudie Bradshaw, Paul Downey, Cian Ryan.
Referee: John McCormack (Knockavilla Donaskeigh Kickhams).