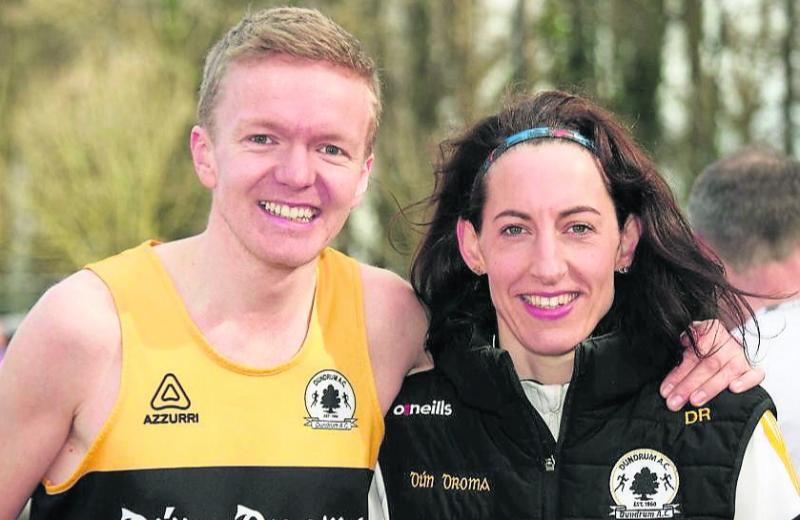 The village of Dundrum is the venue next Sunday for the County Senior Women’s 5k and Senior Men’s 10k Road Championships. Both races will commence at 12 noon, with the women doing one lap and the men two laps.

WOMEN'S RACE
In the women’s 5k the defending champion of 2019 is Dymphna Ryan of Dundrum and she is running very well at the moment, having captured the master women’s title impressively in Clerihan recently. She will face good competition from Hannah Steeds and Angela McCann of Clonmel. Other names that will be trying for a podium finish include Karen Coughlan of Dundrum and Evelyn Maher of Templemore.

In the team competition, the defending champions are Clonmel and they will be looking to athletes like Maire Claire McCarthy, Courtney McGuire and others to help them retain the title as they strive to win the Senior Inter Club title to add to the County Novice, Novice B, Masters over 45 and Intermediate Inter Club titles in the one year, a feat they have never achieved in their long history. They will face good competition from Dundrum, Mooreabbey Milers, Thurles Crokes and Carrick-on-Suir.

MEN'S RACE
In the men’s 10k race the defending champion is Kevin Moore of Dundrum. He is expected to run well over a course very familiar to him and he will be striving to win his third Senior 10K Road title and become the first athlete to hold this title on three occasions under Athletics Ireland, a wonderful achievement. He will face good competition from athletes like Paul Minogue of Clonmel, Aaron O’Donnell of Carrick-on-Suir and John Fitzgibbon of Thurles Crokes.
In the team competition, the defending champions from 2019 are Thurles Crokes and they will be going all out to retain this coveted title, having won it in both 2018 and 2019. They will face good competition from Clonmel who will be aiming to add this title to both the County Novice and Intermediate Inter Club titles already won this year. Other clubs aiming for a podium finish are the host club Dundrum, the surprise packet this year, Carrick-on-Suir, whose great revival is going very well and Mooreabbey Milers can’t be discounted either, so two great races are in prospect.