First final between the clubs in 25 years 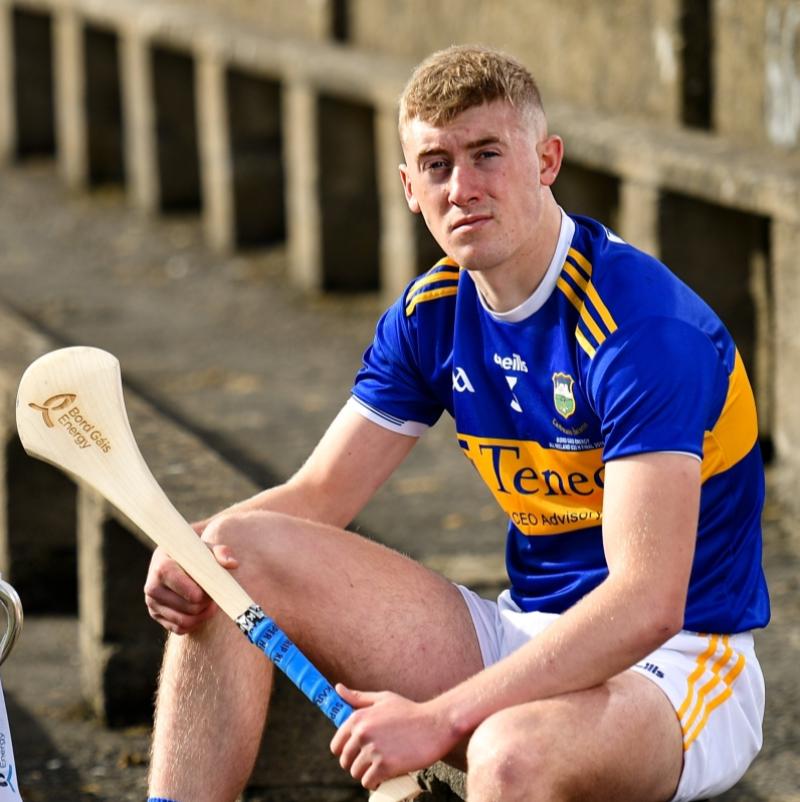 Eoghan Connolly is part of a strong Cashel defence

And so four become two and on Saturday will become one as the 92nd Tipperary Co-Op West senior hurling championship comes to a crescendo this Saturday August 21 at 6pm in Golden.

For the first time since 1996 defending champions Clonoulty/Rossmore and Cashel King Cormacs will meet in the divisional showpiece.

Back then it was truly different landscape in the West senior hurling championship. Cashel King Cormacs had twelve months previously claimed a record 18th West senior title and sixth in eight seasons. Going into the final, Clonoulty/Rossmore stood with eleven titles behind them.

Few would imagine how the landscape would change, Clonoulty/Rossmore claiming the crown as Cashel King Cormacs collapsed on a final score of 2-13 to 0-6. Michael Kennedy and Joe Hayes were the goal scorers as Clonoulty/Rossmore  gradually claimed ownership of the O’Dwyer Cup with a further thirteen titles in 24 years, including a six-in-a-row between 2007 and 2012.

This Saturday they seek a second six in-a-row, such has been their stranglehold on the O’Dwyer cup.
Significantly, if you go back to the 1940 final both sides stood on four titles each, Clonoulty having been the original standard bearers but on that occasion Cashel King Cormacs came out on top to go clear in the roll of honour. That was something they held over the Clonoulty men for 77 years until they drew level before eventually going three clear of Saturday's opponents in 2018.
Could this Sunday spark another twist in both club’s fortunes? It certainly will draw interest.

Interestingly, the sides have met just seven times previously in the decider, with the record five to two in Cashel's favour. Clonoulty’s only other success was back in 1992.

Cashel King Cormacs, with their new additions, certainly have strength in depth and are strong down the middle. Nathan Ryan at full back and Eoghan Connolly at centre back will form the spine of the defence and there should be interesting battles with Dillon Quirke and Timmy Hammersley.

It’s likely Connolly will pick up his county counterpart Quirke in an attempt to curb the Clonoulty/Rossmore’s man influence in the half forward line. Connolly, like O’Keeffe at the other end, is also a playmaker but should Connolly sacrifice that side of his game to curb Quirke, Cashel will have limited a big threat. 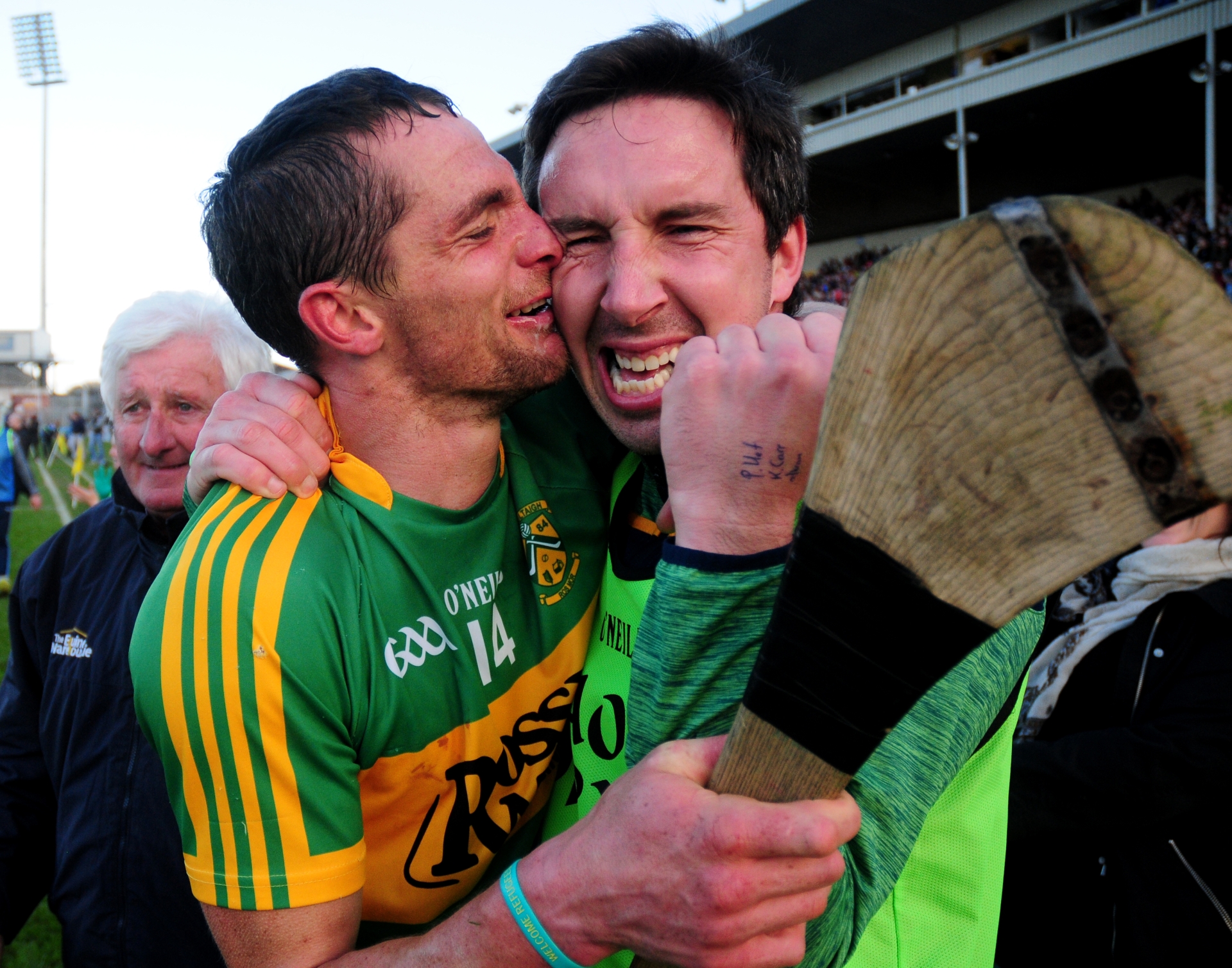 Hammersley will most likely start full forward and has been Clonoulty’s go-to man for a long time now. If the supply is not coming in, then Hammersley will most likely be given freedom to roam. The 2018 West final was a case in point when Eire Og looked in total control until Timmy went roaming and changed the game. The fact that Clonoulty/Rossmore hit 26 wides in their semi-final win over Sean Treacys indicates the ability they have in creating chances but they must be more economical in the final third.

At the other end there will be two more close battles down the middle. Robert Doyle made his championship debut at full back in the semi-final and will be on Ross Bonnar. Doyle will need plenty of watching here, with the full forward scoring 1-2 in Cashel’s semi-final win.

Bonnar did a lot of damage in the Crosco Cup final, which saw Kickhams drop back a spare man in front of the full back line to curb Bonnar’s strength and speed. John O’Keeffe is still the linchpin of the Clonoulty/Rossmore defence and his presence will tell a lot on how Clonoulty play on Saturday. O’Keeffe controls the defence as well as being a play maker for the attack. A huge battle will be in store with the newly returned Ryan O’Dwyer at centre forward. In his absence Enda Heffernan would likely slot into the centre back position and will have to keep tabs on O’Dwyer.

Devon Ryan has a serious turn of foot and gives Cashel King Cormacs another option at wing forward, and it will be of note to see how Clonoulty/Rossmore deal with his presence. Will they drop a midfielder back and try and double mark him with Sean O’Connor picking him up?

Midfield has often become the forgotten ground in the light of longer and shorter puckouts. This may see the midfield pairings dropping back as extra defenders. Conn Bonnar and Dan Moloney will be up against Mikey Ryan (Winnie) and Conor Hammersley, four hard working players. Michael Ryan (Winnie) chipped in with five points from play in the semi-final and covers an incredible amount of ground in games. Hammersley will probably drop back in support of the defence. On the other side Dan Moloney has moved out from the half forward line and is still capable of adding a few scores, while Ross Bonnar will be deadly accurate should he be on place ball duty and, like Ryan (Winnie), will drop back to cover his defence.

Puckouts are playing a huge part in inter-county games and this generally filters down to club level. Both sides play new goalies this season, with Jimmy Maher taking over from the long-serving Declan O’Dwyer while Cashel King Cormacs have Aaron Browne, who has plenty of experience especially at inter-county level.

Goals may be key in this decider and Cashel scored four in their semi-final win, two from their starting full forward line of Ross Bonnar and Jack McGrath, while their bench of Ger Browne and Lee Burke chipped in with two more.

Interestingly, Clonoulty’s bench chipped in the two safety points when Sean Treacys looked as they could cause an upset. Clonoulty/Rossmore, if on form, have the ability to win a shootout on points alone but will have to be more accurate this time around.

Will Saturday herald another twist in the one of these clubs fortunes? Can Cashel King Cormacs draw Clonoulty/Rossmore back in the roll of honour, or will Clonoulty extend it and complete a second six in-a-row?

It may yet come down to goals and the strength of each bench but one thing is for sure, a contest is in store.