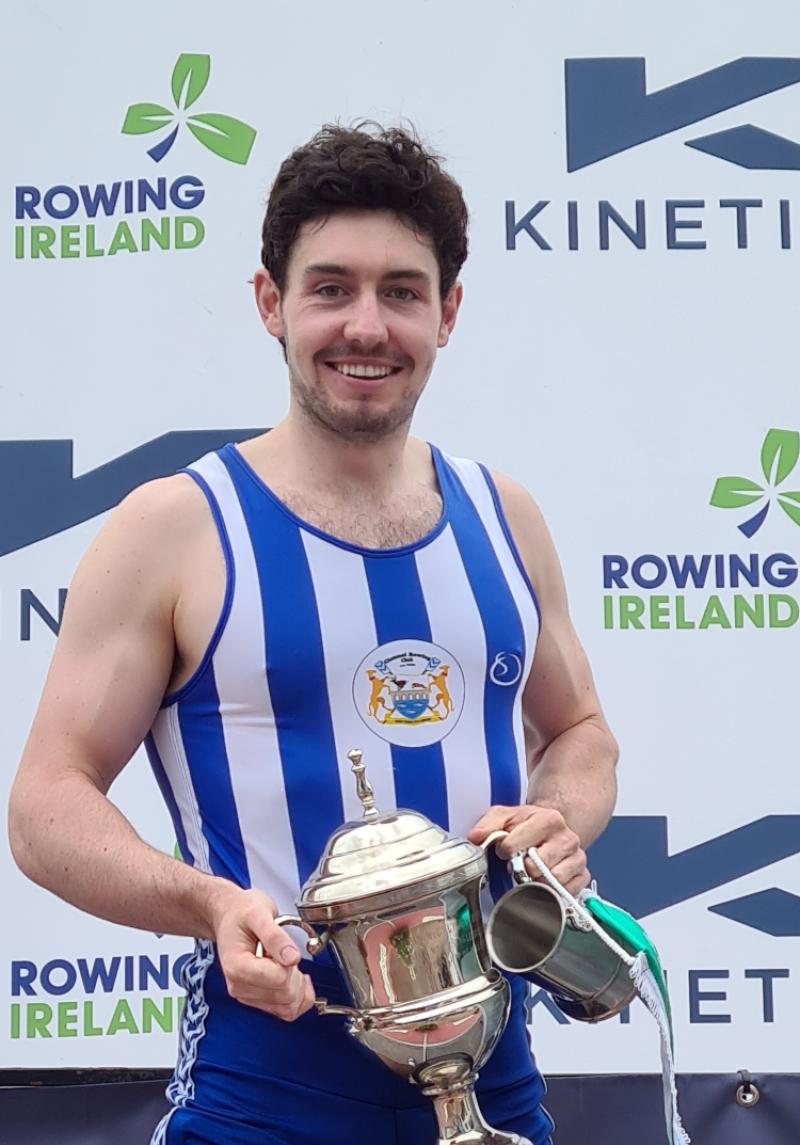 Clonmel’s Daire Lynch put Tokyo Olympic gold medalists Paul O’Donovan and Fintan McCarthy and Rio silver medalist Gary O’Donovan in the shade when finishing ahead of all three rowers to win the senior men’s single scull national championship at the National Rowing Centre on Inniscarra Lake in Cork.
As well as a personal triumph for the 23-year-old Yale heavyweight oarsman who just took up the single sculls this year, it was also a historic success for Clonmel Rowing Club, their first senior championship win in 101 years.
"Through the first kilometre I felt very good," stated Daire, who also set a personal best time over the course at 6:53.6.
"I saw that Fintan was a good bit up (but) I know he goes out pretty hard. And then I was looking across, thinking ‘I could win this’- so I stopped looking across. I kind of did it like a time trial, just ‘horsing.’
"Paul was coming at me from my side and because we were in a sprint we took Fintan with us."
The Clonmel man added, "Paul (O’Donovan) said well done. We’re good friends."
Despite suffering his first defeat in years, O’Donovan was gracious in his post-race comments.
"Credit to Daire Lynch there from Clonmel, he’s out there on his own and has been (piling) on the training, like. He had a very good race today. He’s matured a lot in the last two years.

"People say it’s only the Skibbereen boys that are doing well, but we can see that there’s a lot more now that have bought into this hard training lark."
Daire had raced the weekend before at the annual Henley Regatta, finishing second in the quad scull event.
He felt that he was beginning to come back into form after being in the best shape of his life in Tokyo as the reserve for the men’s double scull, despite the disappointment of missing out on a place in the team.
Daire’s plan was to stay with Fintan McCarthy off the start because of his explosive first 500 metres, and stay solid in the middle and be able to stay with Paul O’Donovan when he unleashed his legendary last 750. The first 500 went as expected and by the 1,000 metres mark Daire felt that he had not expended too much energy and was in a close third position.
He started to go for it to make up the ground and get ahead. By the 1,500 mark he was in the lead, with McCarthy in second place, Gary O’Donovan third and Paul in fourth.

With about 600 to go Paul unleashed his finishing push, Fintan fell back and Daire was in the lead. Paul was now making serious inroads into Daire’s lead but he held on to win. Paul was second and Fintan third.