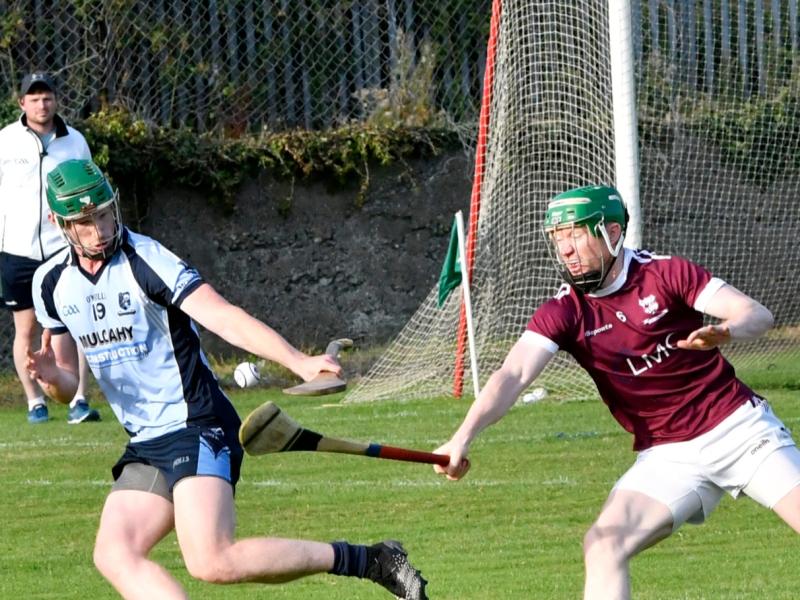 Relegated from the senior ranks last year, Ballingarry made their mark in the lower grade at the first time of asking when they won the Martins Fruit and Veg South intermediate hurling championship final at Davin Park, Carrick-on-Suir on Monday evening.
The changes made by Ballingarry after the break changed the pattern of the game, the scoring in which was dominated by each team’s free-takers and top scorers, Ballingarry’s Dylan Walsh and Moyle Rovers’ Dara Ryan.
Walsh gave his team the lead from a free, with Ryan responding from play, before the same players swapped points from frees.
Another Walsh free nudged Ballingarry ahead before Kevin Grace struck the score of the half from 80 metres in the ninth minute to bring Rovers back on level terms.
Dylan Walsh and Dara Ryan exchanged scores from frees before Rovers pulled away with the help of two converted Ryan fress and another from play from Rian Quigley.
Paudie Maher replied for Ballingarry and at the first water break Rovers led by 0-7 to 0-5.
When play resumed they extended that advantage with three points in as many minutes from play from Stephen Quirke, Dara Ryan and Rian Quigley to lead 0-10 to 0-5.
Ballingarry introduced Stephen Donovan for Paudie Maher and he scored a point with his first touch. When Rovers’ Brian Gleeson was forced to leave the field injured he was replaced by Craig Condon and the next score came from a point from Stephen Quirke.
Ballingarry dominated the remainder of the half, scoring three points without reply, two frees by Dylan Walsh and a score from Kieran Lyons to leave the score at the short whistle Moyle Rovers 0-11 Ballingarry 0-9. 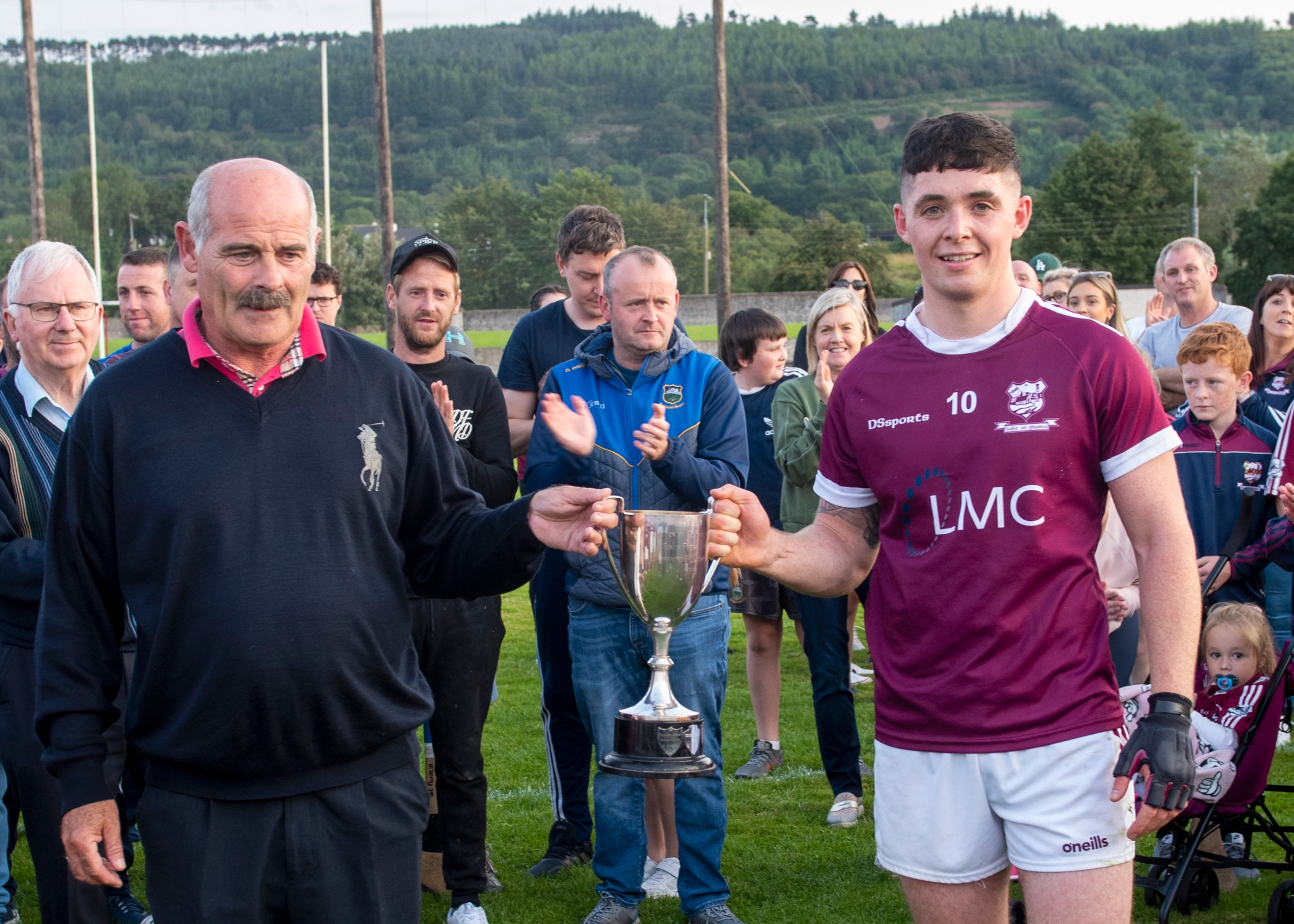 On the resumption Ballingarry introduced Adrian Cleere for Seamus Fitzgerald and what an impact he made in the middle of the field, getting a free with his first touch which resulted in a great point from Dylan Walsh.
Within a minute Cleere had a point from play, drawing the teams level again for the fifth time.
The scores were equal again two minutes later when Dara Ryan and Adrian Cleere exchanged points from play to make it 0-12 each.
From the the puckout in the 37th minute Moyle Rovers worked a great passing movement in tight situations, with Morgan Irwin starting the attack that ended with Dara Ryan passing to Craig Condon, who made no mistake in blasting the ball into the net.
Ballingarry were next to score with a point from a free by Dylan Walsh, before Dara Ryan restored Rovers’ goal advantage with a point from play.
Ballingarry went up another gear from the 39th minute until the second water break, scoring six points without reply from Michael Ivors 0-3, Ciaran Shelly 0-1, Kieran Lyons 0-1 and a free by Dylan Walsh to race into a three-point lead (0-19 to 1-13).
At the start of the final quarter Adrian Cleere added a further point from play, with Dara Ryan finding the target from a 20 metre free at the other end.
Stephen Quirke added a point from play but it was to be Rovers’ last score of the game.
Ballingarry dominated the remainder of the game with scores from Aidan Ryan, Ciaran Shellly, substitute Micky McGrath and the final point of the evening, another Dylan Walsh free.
Stephen Quirke had a late chance for Rovers but he blasted a shot wide across the face of the goal.
Dylan Walsh was the man of the match and he was very closely followed by the excellent second half displays of Adrian Cleere, Michael Ivors, Ciaran Shelly and Kieran Lyons, while they also had solid displays from Aidan Ryan, Stephen Donovan, Ger and Jack Fennelly.
Those who caught the eye for a gallant Moyle Rovers were Morgan Irwin, Brian Gleeson, Rian Quigley, Stephen Quirke, Dara Ryan and Craig Condon.
Ballingarry: David Walsh, Patrick Ivors, Ger Fennelly, Sean Doheny, Aidan Ryan 0-1, Shane Fitzgerald, Michael Ivors 0-3, Cillian Tuohy, Jack Fennelly, Dylan Walsh 0-9 (8 frees), Ian Ivors, Ciaran Shelly 0-2, Kieran Lyons 0-2, Paudie Maher 0-1, James Byrnes.
Subs: Adrian Cleere 0-3, Stephen Donovan 0-2, Micky McGrath 0-1.
Moyle Rovers: Brian Quirke, Anthony Phelan, Luke Fogarty, Danny Lyne, Cathal McKeown, Morgan Irwin, Paddy Morrissey, Kevin Grace 0-1, Luke Delahunty, Stephen Quirke 0-3, Brian Gleeson, David Roberts, Rian Quirke 0-2, Dara Ryan 0-9 (6 frees), Dean English.
Subs: Craig Condon 1-0, Shane Lonergan.
Referee: Michael Kennedy (Newcastle).