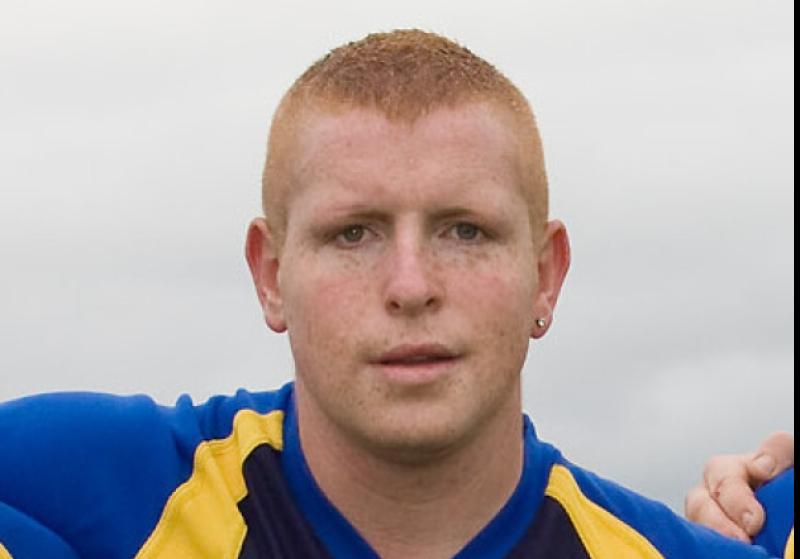 Carrick Swans gave their hurling year a tremendous boost this evening (Sunday) with a rousing win over Burgess in the Seamus O’Riain Cup Group 1 Round 2 game played at The Ragg.

Six down at the interval - which went to a deficit of seven points 20 seconds after the resumption, ‘The Swan’ fought their way back with a spirited display full of grit and determination to take the two precious points on offer. The only time in the whole game that the South Tipperary side led was the only time it counted, at the end, Swans hitting the front with the game’s only goal in the 60th minute. That all-important score by Jack Connolly, as the clock moved into the  proverbial red, came when his long range effort from 50 metres out on the sideline fell short but the bounce of the sliotar somehow deceived Burgess keeper Ronan Tucker and Swans gladly took their luck.

It was a result that looked highly unlikely throughout the first half when Burgess had it all pretty much their own way racing into an 0-8 to 0-2 lead by the first half water break. Ahead in the opening minute from an Eoin Grace point, two more from Stephen Murray (one a free) had the Sean Flynn managed side three up after just four minutes of play.

Aidan Waters had the Swans’ opener in the fifth minute but four in-a-row from Burgess, a second Eoin Grace point from play, followed by three frees in succession from the very accurate Stephen Murray made it 0-7 to 0-1 after 14 minutes and very much like Burgess in the ascendency.

Swans’ Danny O’Hanlon sent his first free over on the quarter hour mark, quickly nullified however by another free from Murray to send the sides to the first break with Burgess six up.

In what was a free-ridden opening 30 minutes, O’Hanlon was again on the mark before Gavin O’Halloran cut a superb sideline ball over from all of 65 metres to reduce Burgess’s lead to four after 24 minutes.

Burgess wing-back Willie Murphy then pointed from play before the free-taking ciotógs, Murray and O’Hanlon, obliged again to leave five between the teams after 28 minutes of play.

The Carrick side got a huge opportunity to drag themselves back into the game in the 29th minute. A long delivery by Aaron Dunne was fielded inside by Eric O’Halloran only to be fouled and referee Sean Everard awarded a penalty. Unfortunately though for the Swans Gavin O’Halloran’s effort blazed wide and by the interval his side were still six adrift.

The late first half scores came from Murray’s seventh free and a rousing Tadgh O’Halloran point from the sideline, having manfully brushed aside a solid Swan shoulder in the movement. In between those late Burgess scores Danny O’Hanlon pointed a 65 to keep his side’s scoreboard ticking over.

The Carrick-on-Suir’s side display in the second half was to be a much improved performance, full of bottle and battle, and inspired in particular by Danny O’Hanlon who was magnificent.

Even if Burgess had the first score on the resumption from Stephen Murray, the Carrick side upped their intensity big time and began to impose themselves more on the contest.

Three nice points from play from Dale O’Hanlon, Aaron Dunne and Gavin O’Halloran had it at 0-13 to 0-9 just six minutes in with the likes of Gerry Walsh, Colin Waters, Scott Hogan and Stephen Hahessy getting on top of the Burgess forwards - and most importantly almost totally eradicating the malaise of conceding frees like they had in the first half. In that first half Murray scored seven frees, in the second half Burgess' three points - their only scores - came from play.

Burgess’s Shane Maher got his name on the scoreboard in the 38th minute to briefly halt the Swan tide but a Colin Waters point from his own half and a Danny O’Hanlon free (won after a mighty Colin Waters catch) made it a three point game as the Carrick side began to believe more.

Thirteen minutes into the second half Burgess had what turned out to be their final score of the evening - a point by captain Willie Ryan -  and they went for the water break 0-15 to 0-11 ahead. The remainder of the game, however, was to be dominated by the team in black and white hoops.

Aaron Dunne and Aidan Waters tagged on excellent points for Mark O’Halloran’s side to inch the Swans closer by the 54th minute but credit to the under-pressure Burgess rearguard led by Donagh Maher, the Swans were having to work extremely hard for everything and anything they got.

Danny O’Hanlon with his second converted 65 and then his fifth free of the night saw the sides level for the first time with just two minutes remaining on the clock. It was anyone’s game at this juncture but all the momentum was now with the Swans. Even if there was a touch of good luck from their perspective to Jack Connolly’s long range goal, few could say they didn’t deserve their victory such was their rousing and passionate second half performance.

All-in-all this was a massive boost for Swan after their hiding at the hands of Thurles Sarsfields the last day. They now have a chance of a quarter-final place if they can overcome Kildangan in their final group game.

The game was played at Littleton this afternoon