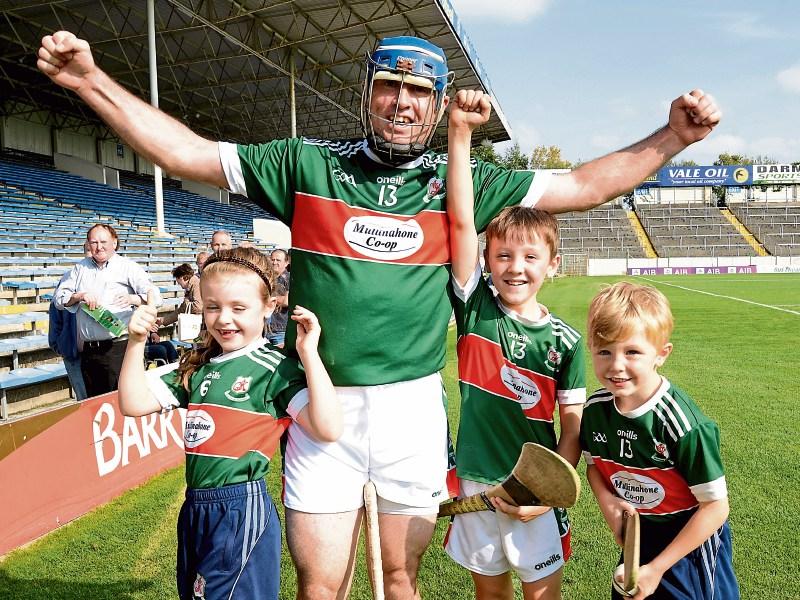 The game was played at Littleton this afternoon

A point from Eoin Kelly deep into injury time secured victory for Mullinahone in the FBD Insurance Tipperary county senior hurling championship tie at Littleton this afternoon when he swung over a beauty to deny Holycross Ballycahill a share of the spoils.

The Holycross Ballycahill men were distraught at the final whistle as they had bagged two goals in the last ten minutes to rescue what had been a lacklustre showing from them - sub Seanie Nally in the 19th minute and then a Dara Woods goal in the 32nd minute seemed to have given their side a point from the contest, they scarcely deserved.

But, Eoin Kelly proved that class is permanent as he gathered the sliothar and swung it over the bar with the second last puck of the game to give his side the victory.

Holycross Ballycahill were very poor for much of this contest and were 0-8 to 0-2 down by the first half water break. They managed a few scores in the second quarter and had cut the deficit to six points 0-11 to 0-5, with Cathal Barrett (2), Michael Doyle and Dara Woods (2) getting their scores. They lost full forward Aidan Stakelum after just 3 minutes following a collision with Michael Doyle and that affected their gameplan somewhat.

But, Mullinahone were hurling with real purpose and were simply driving into their opponents and showing much more aggression and desire. Apart from Kelly who was unerring from placed balls, they also had scores from Michael Dunne, Sean Curran (2), the excellent Mikey O'Shea (3) and Enda Keane while centre back Eoin Fennelly was lording it.

The Nally goal in the 19th minute was a real shot in the arm for Holycross Ballycahill, but within a minute, Mullinahone had flashed over Enda Keane, Sean Curran and Jack Shelly points to nullify the score. The mid men responded again with Woods, Barrett and Paraic Russell points.

But then, a crucial score - Mullinahone's Mikey O'Shea took a pass from Eoin Kelly and blasted to the net - or did he? The ball cannoned back into the square and though Holycross Ballycahill claimed the effort had come off the upright, the umpires adjudged that it had come back off the stanchion and the goal stood.

Holycross Ballycahill hit back again with Luke O'Mara, Cathal Barrett and Michael Doyle points before Dara Woods blasted to the net in the 32nd minute to tie up the game in what was proving to be a grandstand finish. A melee after the goal saw a plethora of yellow cards and a red for Holycross Ballycahill's Seanie Nally.

But there was to be that final sting in the game - Kelly flashing over the score to seal the win with his leap into the air  showing exactlly what this victory meant to Mullinahone.