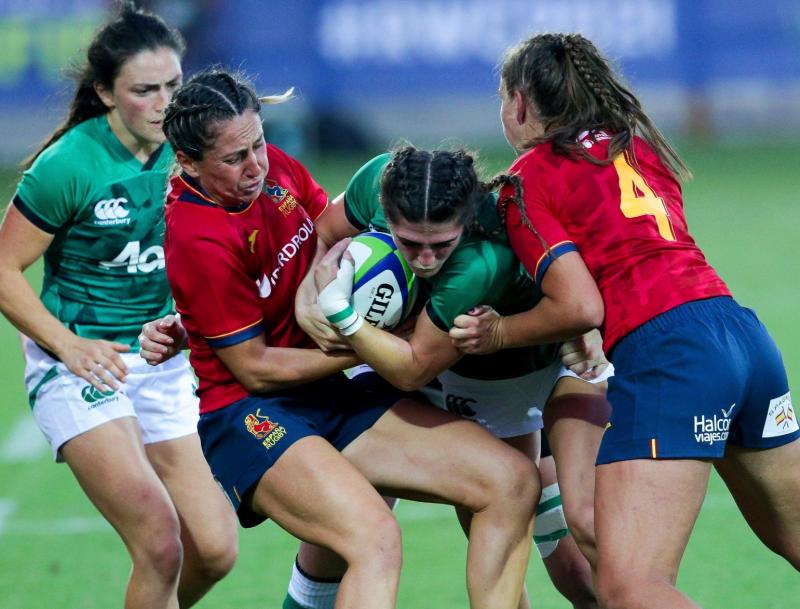 There was disappointment for Tipperary players Amee-Leigh Murphy Crowe and Dorothy Wall when the Irish women's rugby team was beaten by Spain in the World Cup 2022 Europe qualifying tournament in Parma, Italy this evening.

Ireland led 7-3 at the break but a try by substitute Lea Duchier in the 72nd minute set Spain on course for a shock victory.

Ireland could have snatched a late win, only for Enya Breen's penalty to fall short.

Amee-Leigh Murphy Crowe thought she had extended the Irish lead with a try a minute and-a-half into the second half, but the TMO spotted a knock-on from scrum-half Kathryn Dane at the bottom of the ruck in the build-up and the score was disallowed.

With matches against Italy next Sunday and Scotland the following Saturday to come, Ireland now face an uphill battle to qualify for the World Cup in New Zealand later this year.

The top team will secure a spot in Group B at the World Cup while the runner-up will enter the final qualification tournament.