€125,000 on offer for winner of Saturday night's final at Shelbourne Park 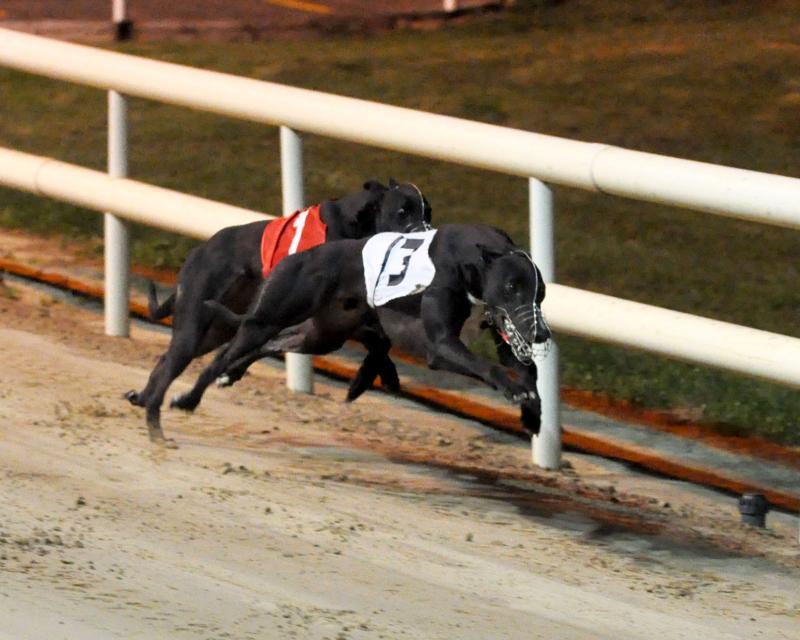 There were many superb performances on the card but the undoubted stars were All About Ted and Susie Sapphire, as they dominated in their respective Derby semi-finals to claim their place in the final.

All About Ted, who is trained by Mooncoin trainer Peter Cronin, came in for floods of cash right through the week and evening to go to traps the 8-11 favourite for the opening semi-final and it was inspired money.

The brilliant son of Kinloch Brae and Enable has improved with each start through the Derby and it was immediately evident that better was still to come.

All About Ted emerged a brilliant winner by four lengths in a rapid 29.23. Singalong Sally, trained in Cappawhite by Pat Buckley for Gilbert Anderson in Oxfordshire was second, two and-a-half lengths clear of the third qualifier, Carrigeen North.

The second heat had been billed as one of the great races, with a line-up fitting of any classic decider but, for the second week running Susie Sapphire, trained in New Inn by Owen McKenna for Peter Comerford, Naas displayed amazing early speed to dictate from the early yards to remain unbeaten in the Derby.

Susie Sapphire held on to take the verdict by a head in 29.34. Not only had she beaten one of the best fields ever assembled, but she also maintained her unbeaten record in the competition.

Explosive Boy, trained in Tipperary by Patrick Guilfoyle for Peter Sutcliffe, Australia was second, while there was a four-length gap to Jackslittlething (trained in Golden by Graham Holland for owners The-Pillar-Syndicate, Dublin) in third, as he held the challenge of both Ballymac Fairone and Ballymac Ariel.

The final of the BoyleSports Irish Greyhound Derby will take place at Shelbourne Park on Saturday night and will be broadcast live on RPGTV (Sky Channel 437).