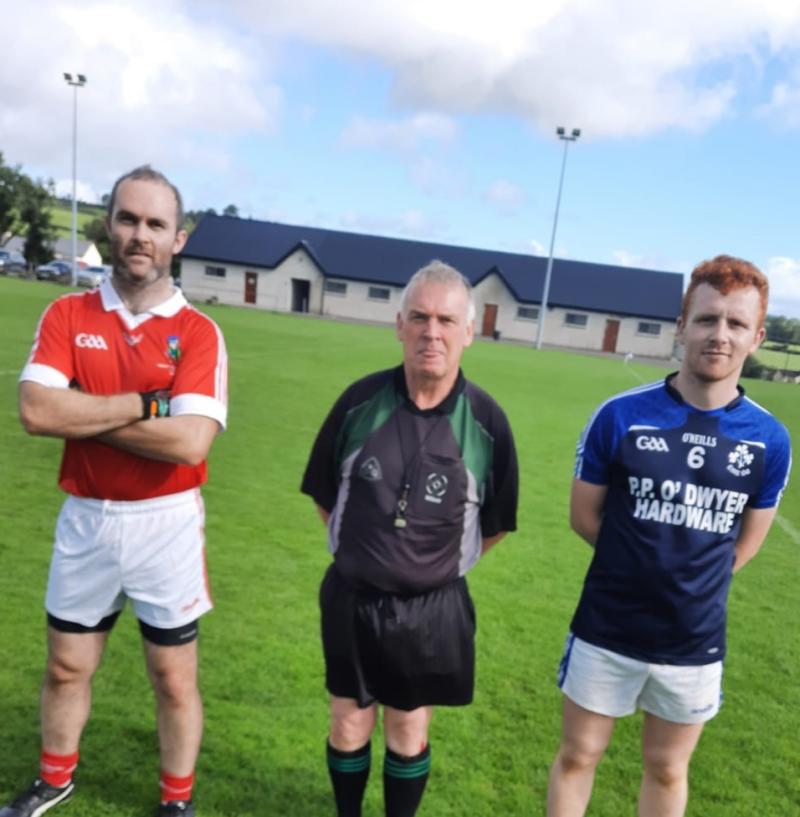 Eire Og Annacarty Donohill are through to the semi final of the Shane Hennessy Agri Advisor west junior B football championship following their nine-point victory over Galtee Rovers at Annacarty.

In what was an entertaining game, Eire Og made all the running, apart from a four-minute spell at the start of the second half when the visitors got in for two goals, the first from Colin Morrissey and the second after four minutes from the penalty spot by Denis Peters.

Galtee were the first on the scoreboard after three minutes, when Eamon Quirke pointed at the road end. Philip McGrath equalised from a placed ball after Diarmuid Marnane was black carded by referee Richie O’Connor in the fifth minute.

Eire Og made use of the extra man and points from Richard O’Doherty, Philip McGrath and a brace from David Breen, coupled with a goal from Philip McGrath on twelve minutes, had them in a good position at the water break.

Galtee got the second half off to a blistering start, Colin Morrissey goaled inside a minute and Denis Peters converted a penalty after four minutes to leave just one between the sides.

However, this was as close as Galtee came, as they failed to score for the remainder of the game.

Eire Og wrapped up the contest after 18 minutes when Liam Og O’Dwyer finished off a good move to the net for goal number two. Substitutes, Dylan Farrelly and Alan Shanahan kicked two late points as they ran out easy winners and secured a place in the semi-final, where they will play Cappawhite.