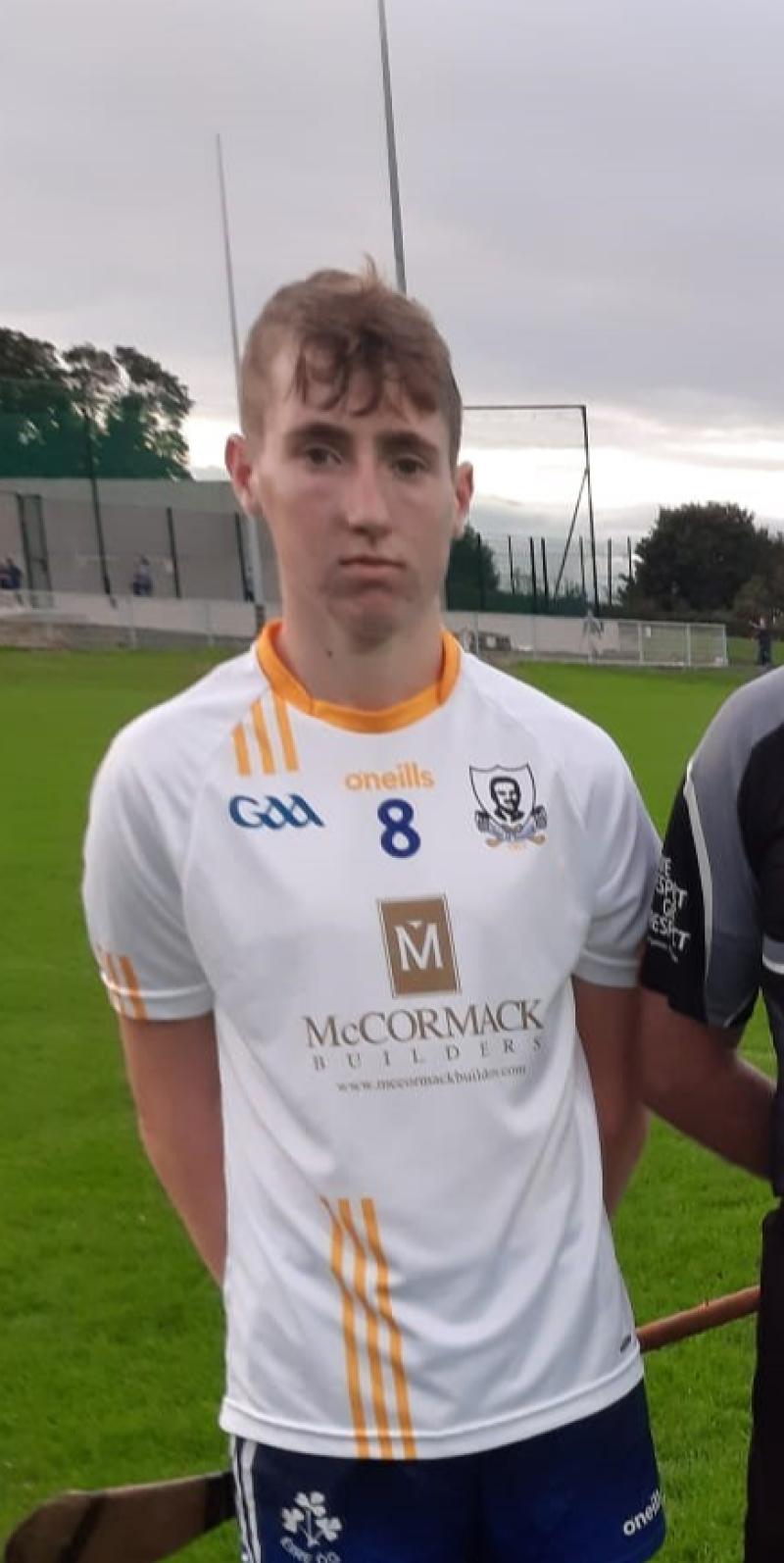 A light drizzle prior to the throw-in led to slippery underfoot conditions and this contributed to the overall quality of the game.

The big difference at the end was the three goals from the combo, two in the opening half and the third from Darragh Kelly, his second of the night, with eight minutes remaining. This goal effectively killed off the challenge of Grangemockler, who had come more into the game during the second half.

The opening exchanges were very tight, with both teams weighing up the opposition, numerous scrummages and very little in the way of open play. Both sides were off target from open play and placed balls in their efforts to get on the scoreboard.

It took a converted free from Pat Dawson to open the scoring after seven minutes. The opening goal came after 13 minutes following a good individual piece of play from Cian Ryan, who ran at the defence from around fifty metres before crashing a low shot to the corner of the net, past a helpless Owen Dunphy.

Pat Dawson followed up with his second point of the night before the first water break, with the west men leading by 1-2 to no score.

The second quarter was a livelier affair with some good, open hurling. However both defences coped well and scores were limited.

Luke McGuire got the south men off the mark after 16 minutes when he converted a close-range free. From the puckout Paudie Bradshaw gained possession and cut through the Grangemockler defence before laying off to Darragh Kelly, who crashed home his first goal of the night.

Cillian Kennedy followed up with a long-range point after twenty minutes to put the combo eight points to the good. This was to be their last score until six minutes into the second half, as Grangemockler began to come more and more into the game, with their defence closing up shop with good, crisp defending.

Luke McGuire, with two frees, and Sean O’Meara from play got in for points during the final five minutes of the half to cut the deficit to five, with the half time score 2-3 to 0-4.

Pat Dawson extended the combo's lead after six minutes of the second half with a pointed free, and Sean O’Meara doubled his tally two minutes later before Pat Dawson again put six between the sides.

The south men were unable to convert their possession into scores, or get the all-important goal that would get them back in the game. Luke McGuire converted two frees, either side of the water break, but this was as close as they got.

Paudie Bradshaw hit a long-range point before Darragh Kelly effectively closed out the game as a contest with his second goal of the game eight minutes from time.

Grangemockler replied with a long-range effort from a Leon Kennedy free, before Pat Dawson and Cillian Kennedy finished the scoring with two late points to put the combo into the final, where they will play Holycross Ballycahill.