Tipperary man was in Wentworth to promote Irish golf attractions 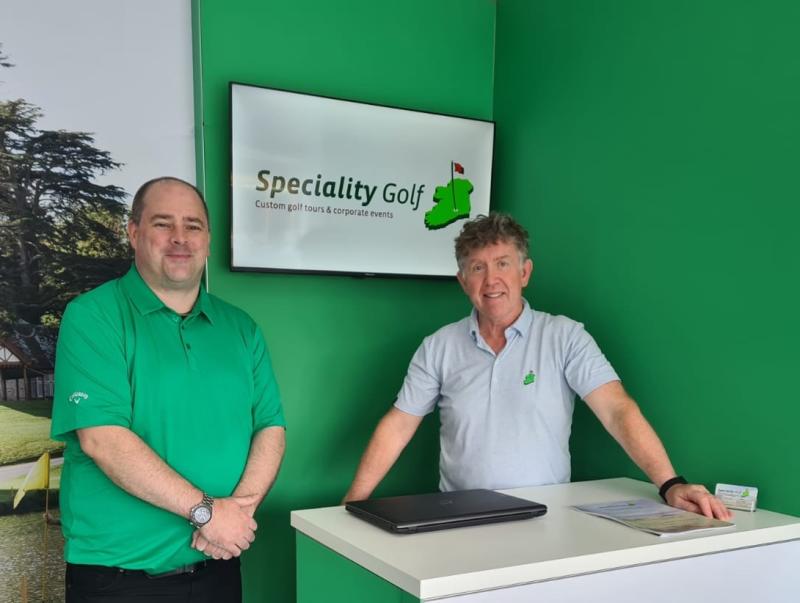 Tourism Ireland attended the BMW PGA Championship at Wentworth in south east England earlier this month to promote Ireland’s world-class golfing attractions.
Three tourism companies from Ireland – including Speciality Golf Trips, based in Clonmel, and who were represented by Cathal O'Donoghue – joined Tourism Ireland at this important event in the golfing calendar.
One of the European Tour’s biggest golf competitions, the BMW PGA Championship attracts top players, thousands of spectators and international journalists each year, providing a fantastic platform to showcase Ireland’s superb golf courses.
As the country begins to rebuild its overseas tourism business, promoting golf holidays in Ireland will be a focus for Tourism Ireland in Britain and in other key markets around the world.
Julie Wakley, Tourism Ireland’s Head of Great Britain, said: “Our presence at this year’s BMW PGA Championship was an excellent opportunity to remind golfers that Ireland offers some of the very best golf in the world, as well as spectacular scenery and fantastic experiences.
“We’re also taking every opportunity to highlight the fact that the Ryder Cup will take place at Adare Manor in 2027 and the recent announcement that The Open will return to Royal Portrush in 2025.
“Tourism Ireland will be pulling out all the stops once again to leverage the tourism potential of these prestigious sporting events, in Great Britain and in our other important golf markets,” she stated.
Tourism Ireland is responsible for promoting the island of Ireland overseas as a leading holiday destination. In 2019 it welcomed almost 11.3 million overseas visitors to the island of Ireland, delivering revenue of over €5.8 billion.