Holycross Ballycahill claim the County u19 B hurling title 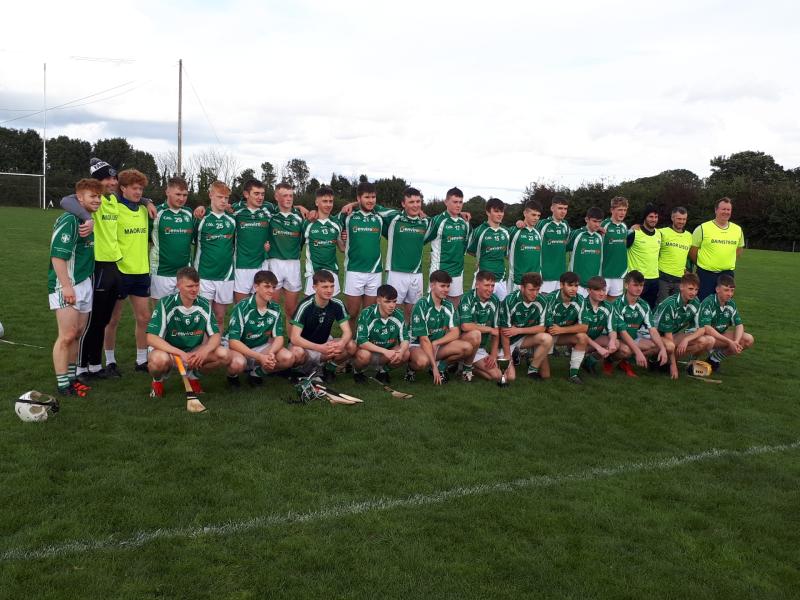 The game was played at Clonoulty this afternoon

Holycross Ballycahill claimed the FBD Insurance County u19 B hurling title at Clonoulty this afternoon in a fine contest which went down to the wire with Eire Og Treacy's.

A very competitive and uncompromising clash, this game had great scores, great saves, some fine defending and plenty of thrills and spills to keep the attendance on the edge of their seats until the final whistle sounded.

And, when it did, Holycross Ballycahill had their noses in front , thanks in the main to productive second and third quarters when they made thair dominance count on the scoreboard. 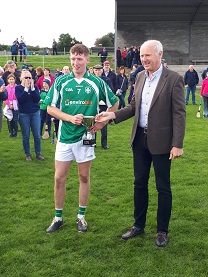 Eire Og Treacy's were in front at the first half water break by 0-5 to 0-3 - Paddy Dawson grabbing 0-3 for them to go along with Darragh Kelly and Paudie Bradshaw points, while Ben Hennessy (2) and Conor Ryan were on target for Holycross Ballycahill.

However,  despite going five in arrears when Darragh Kelly goalled for the Combo in the 19th minute, Holycross Ballycahill  battled back very well and fired four unanswered scores to trail by two points at the break 1-7 to 0-8 - Ben Hennessy (3) and Jimmy Lahart (2) getting their scores to keep them in contention.

After the half time turnaround, Joe Caesar took up a more advanced position for Holycross Ballycahill and this made an enormous difference to the outcome. He cancelled a Cillian Kennedy point for Eire Og Treacy's and the side were level within three minutes of the restart with David Fogarty and Ben Hennessy points.

And, Holycross Ballycahill were front by the second half water break despite having shipped a second goal in the 12th minute whe Paddy Dalton nipped in  to wipe out Caesar (3) and Ben Hennessy points. However, Caesar bagged a fine goal right at the water break whistle to leave his side in front by 1-14 to 2-10 – the move of Caesar upfield was paying rich dividends.

It was all to play for then heading into the final segment of the game and Holycross Ballycahill were thanking - not for the first or last time in the game - their keeper James O'Dwyer who saved brilliantly from Cian Ryan. Eire Og Treacy's tied up the game with a brace from Paddy Dawson, after Stephen Quinlan had put Holycross Ballycahill in front, and Quinlan once again gave his side the lead  as the game entered its final moments.

David Fogarty and Darragh Kelly traded points, but Joe Caesar and Ben Hennessy plucked the insurance points for Holycross Ballycahill deep into injury time as Eire Og Treacy's pressed forward in search of a game saving goal. It didn't come for them and Holycross Ballycahill, despite missing a number of point chances near the end, held out for a famous victory.