Goalkeeper heroics the foundation of Commercials ladies win in Tipperary 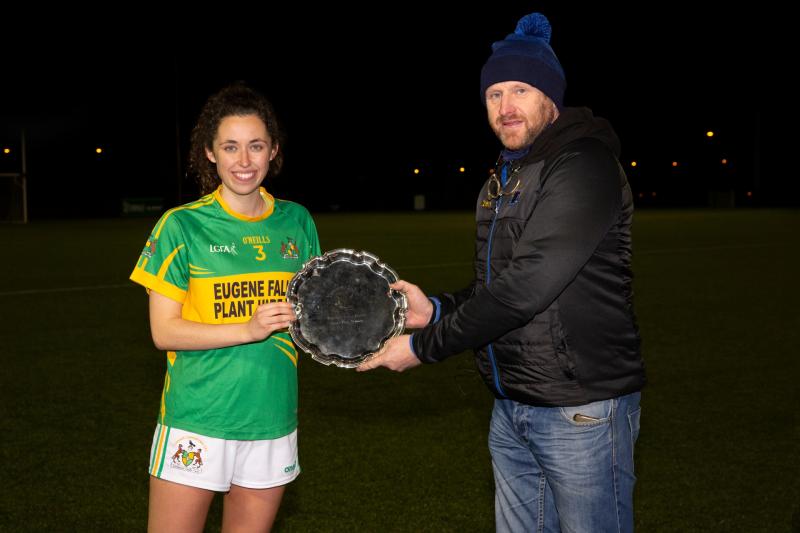 Clonmel Commercials captain Betty Barlow being presented with the Senior B Plate by chairman of Tipperary LGFA, Lar Roche, after they defeated Templemore by 1-13 to 1-6.

Clonmel Commercials goalie Nadine Mullery was the hero of the hour when she helped her side to a seven-point victory over Templemore in the Camida Senior B Championship Final played in UL on Friday evening last.
Not only did the Clonmel goalkeeper pull off numerous saves, she carried a serious injury into the game, dislocating her knee at training on the previous Friday night.
The opening game of the weekend featuring eight finals had to be played in County Limerick, as no suitable venue could be sourced for that night in Tipperary.
A tight and tense affair. the opening half was a low- scoring affair, with the sides going in at the break with just a point between them. The score at half-time read Templemore 1-1 Clonmel Commercials 0-3, Templemore’s Katie Bourke finding the back of the net.
On the resumption Commercials took the initiative, with Ava Fennessy pointing to level the sides. A brace of points from Sarah Ryan put the Clonmel side on the front foot for the first time in the game. Templemore’s Kate Delaney pulled one back to narrow the gap again to the minimum. Sarah Ryan and Kate Delaney swapped points at either end before Commercials took control of the game, registering 1-4 without reply. A Rachel O’Dwyer goal put the seal on the win. Templemore did rally towards the end and had goal scoring opportunities but were denied by Mullery, who pulled off some remarkable saves despite being effectively on one leg.
Overall Commercials were very deserving winners, particularly on the basis of their second half performance. Templemore will be disappointed as this is the second year in-a-row they have contested this final since rising to the senior ranks and have failed to get across the line, despite a very convincing win over Fethard in the semi-finals. 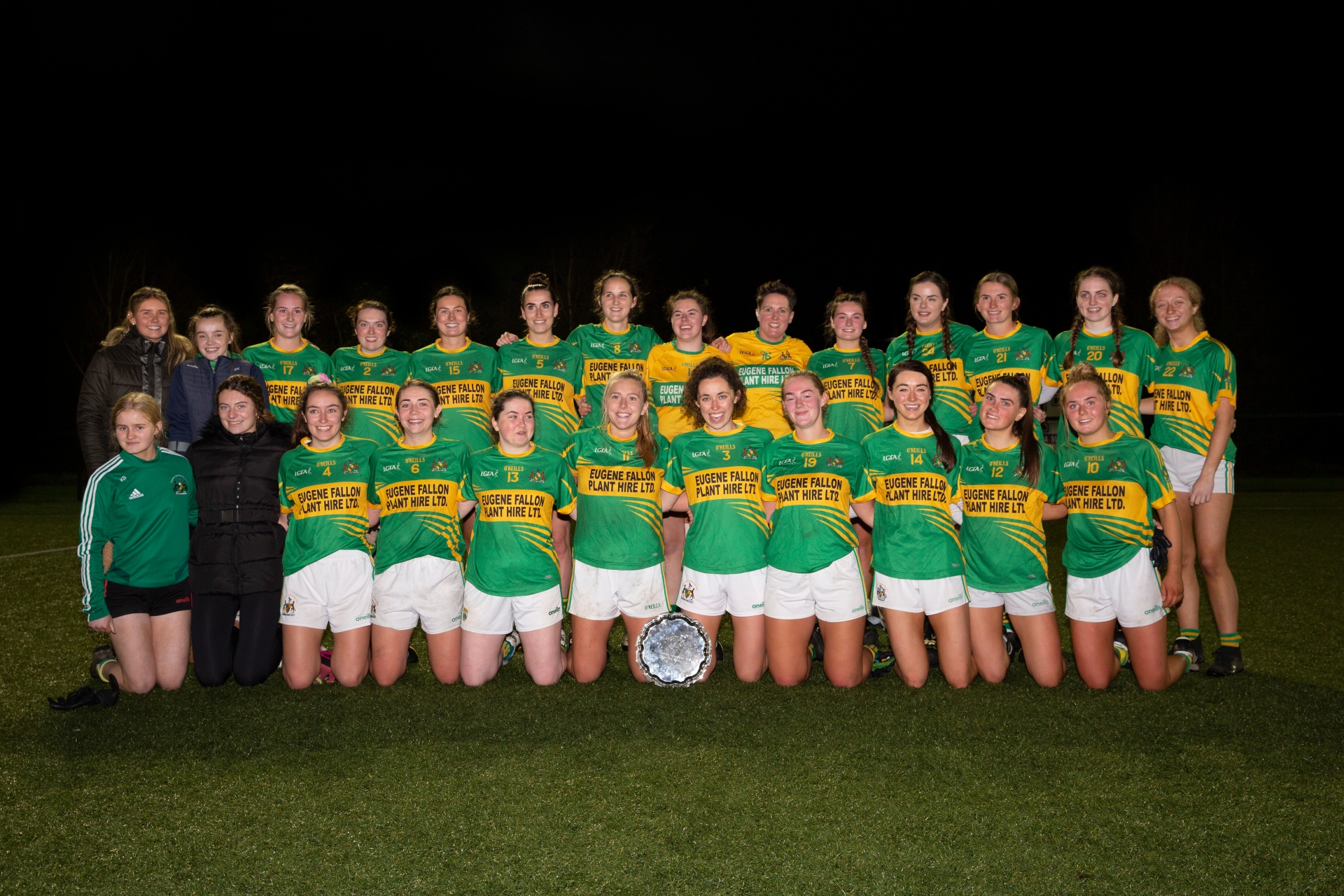