This contest began in thrilling fashion with C.T.I. opening with the first four scores.

After the initial period of dominance, the tide began to turn, and St. Colman's began to gain a foothold. CTI sisters Aideen and Holly Prout and Sophia Farrell defended strongly repelling attack after attack and ensured that the Clonmel girls remained in front.

With the result in the melting pot it was always going to take something special to swing this encounter either way. That something extra came through a fantastic move started by Sophie Hogan and finished stylishly by Anna Hayes which allowed the Clonmel side to regain breathing space.

Saskia Cuddy was also exceptional in defence all day long and linked up terrifically with Róisín Connellan to scupper many opposition attacks.

A special mention is due to the CTI goalkeeper Charlotte Concannon, who was magnificent with her kick-outs, launching many a move upfield for her teammates with her accuracy.

At the final whistle CTI had moved well ahead again to win comfortably on a scoreline  of 2.11 to 1.4.

Sophie Hogan in action for Clonmel CTI in their recent victory over Gaelcholáiste Phort Láirge.

This game began in a tentative manner, with neither team committing too much in attack or giving away chances at the back.

Ciara Redmond and Naoise Forrestal stood out from the beginning for CTI, while Aideen Prout and Sophie Hogan minded the goals.

The Clonmel girls launched numerous counter-attacks from deep in defence, with Sophia Farrell and Róisín Connellan linking to find Anna Hayes in the forward line, who was dangerous throughout.

At the opening of the second half, CTI found their rhythm better and the running power of Ciara Redmond and Ella Morrissey began to pay dividends. In this third quarter period C.T.I. scored four goals and daylight emerged between the two teams.

The introduction of Éabha Morrissey, Niamh Cotter and Katherine Gilbert proved to be important, with all three ladies causing trouble for their markers. The further introduction of Erin Sheehan and Méabh Ní Mhiagáin further strengthened the cause.

Anna May Morrissey pulled off a number of important saves and found great success from kickouts. 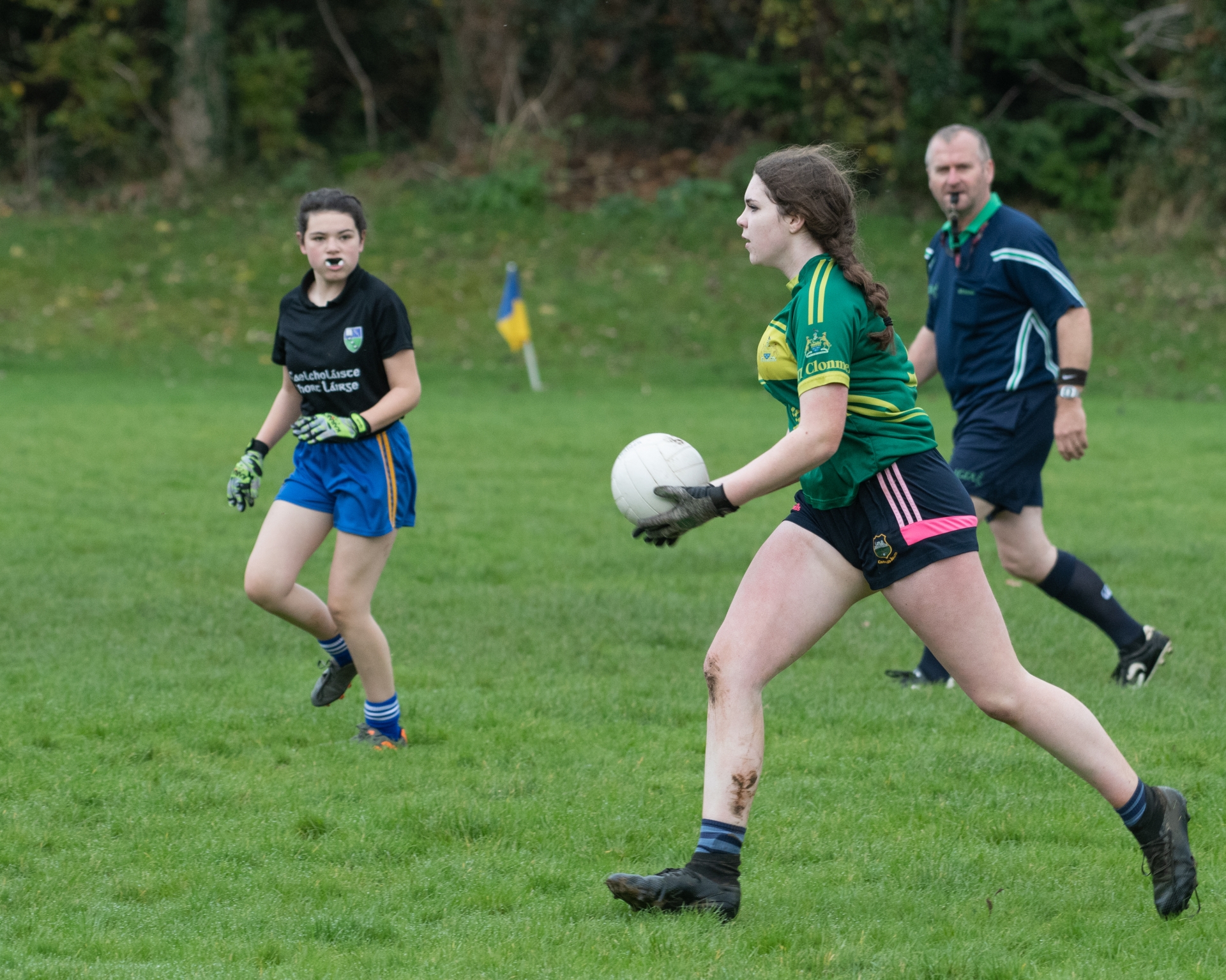 Clonmel CTI's Holly Prout was on the ball all day long in her side's recent win over Gaelcholáiste Phort Láirge.