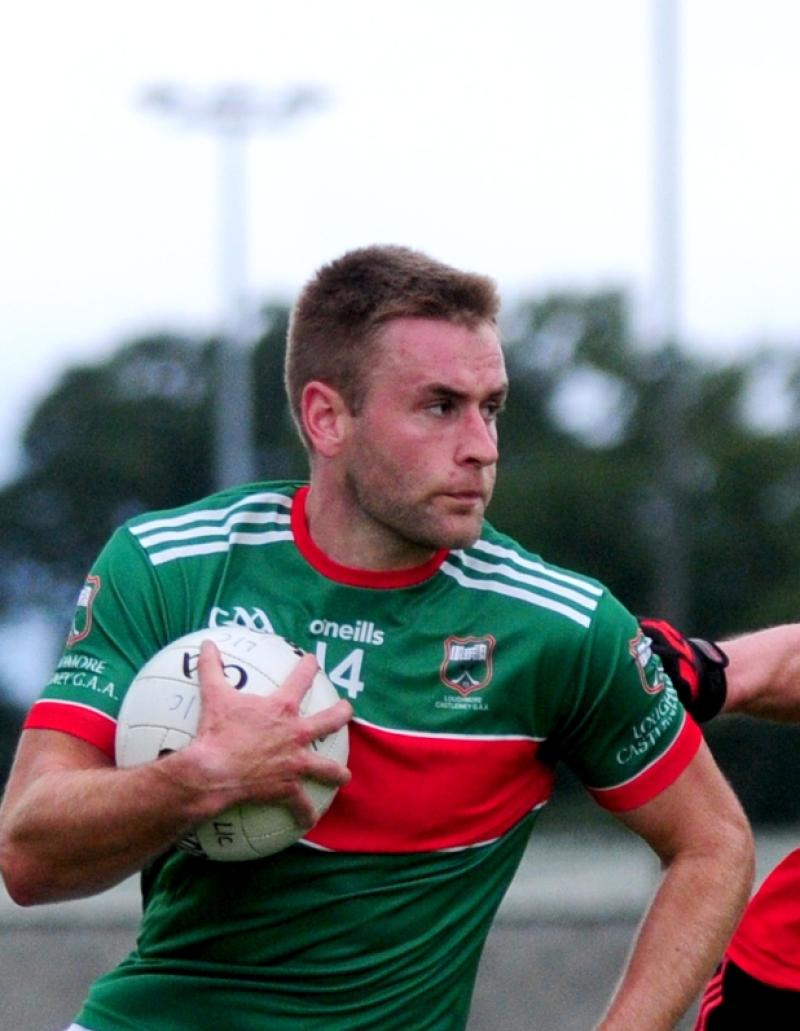 Outsiders Loughmore secured the first leg of what could be a famous double when they won their 15th county senior football championship, and their first since 2016, when they defeated holders Clonmel Commercials in a thrilling final today at Semple Stadium.
This result will give the mid Tipp club great confidence heading into next week's county senior hurling final replay against Thurles Sarsfields at the same venue.
A certain beer manufacturer doesn't do comebacks, but if they did they would surely be called Loughmore Castleiney.
In front of an official attendance of 2,207, they produced another of their famous fightbacks, similar to the previous week's drawn hurling final against Sarsfields.
Lining out for the 16th consecutive weekend in hurling and football, Loughmore found themselves five points behind in the first half and they were in arrears for much of the second half. But true to form, they never gave up.
Remarkably, they only took the lead for the first time in the second minute of added time, when Ciaran McGrath and Liam McGrath teed up man of the match John McGrath to steer a low shot to the corner of the net, to the delight of their supporters.
Jason Lonergan hit back with a point for Commercials but all the momentum was with Loughmore at this stage, and the Clonmel team's bid to win a first three-in-a-row in 54 years was doomed to failure.
The game turned on two incidents in the 51st minute. That was when Commercials seemed certain to score their second goal but Ross Peters' scuffed effort was easily saved by Loughmore goalie Shane Hennessy.
Within 30 seconds one of Commercials' key players, Seamus Kennedy, was black-carded, with his team forced to play out for of the remainder of the game with 14 players. And from then on, the pendulum of superiority swung decisively towards Loughmore.
It was all Commercials in the early stages, Sean O'Connor opening their account from a free inside the first minute, and Colman Kennedy adding a point from play in the third minute.
Commercials were dictating the terms of engagement at this stage and went five points ahead in the fifth minute. A great solo run by Conal Kennedy tore a gaping hole in the Loughmore rearguard before Liam Ryan provided the assist for Michael Quinlivan's well-taken goal.
A Conor Ryan free finally got Loughmore moving in the 11th minute and the same player found his range again from another free five minutes later to leave it 1-2 to 0-2 in Commercials' favour at the first water break.
Commercials made another fast start to the second quarter, with a pair of points from play by Jason Lonergan restoring their five-points advantage.
However Loughmore, pressing high on Commercials' kickouts, began to grow into the game. Conor Ryan converted another free and after Padraic Looram had scored for Commercials, John McGrath had Loughmore's first point from play in the 23rd minute.
The Commercials goal had a real let-off in the 24th minute when Liam McGrath's shot rattled the crossbar.
Now controlling possession, Loughmore had further points from John McGrath's free and Eamon Connolly, to leave the half-time score at 1-5 to 0-6 in favour of the Clonmel side, with the game nicely poised.