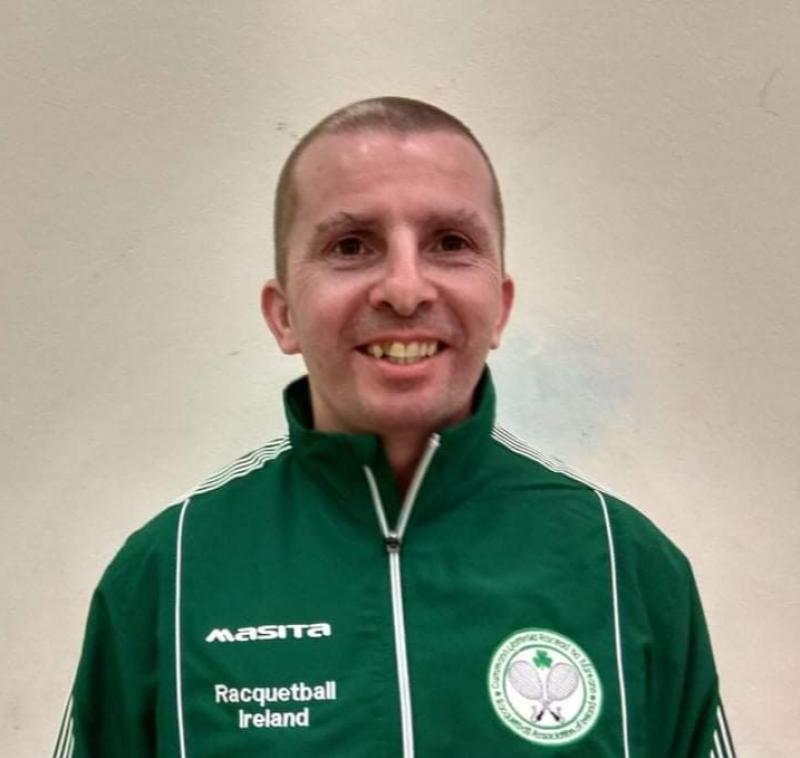 Fethard’s Eoin Tynan, who is representing Ireland at the World Racquetball Championships in Guatemala this week

Eoin Tynan of Fethard racquetball club has been selected to represent Ireland on the team for the World Racquetball Championships taking place in Guatemala this week from December 1 to December 7.
Eoin is playing in the singles division and is also partnering up for the doubles division with Ken Cotterell of Glenmore, Kilkenny.
The International Racquetball Federation Championship, which was due to be held in 2020, was postponed due to the pandemic and is being attended by 25 countries to compete for individual and team titles.
The competition presents an opportunity for players to qualify for the singles events for the World Games in Alabama, USA in 2022.