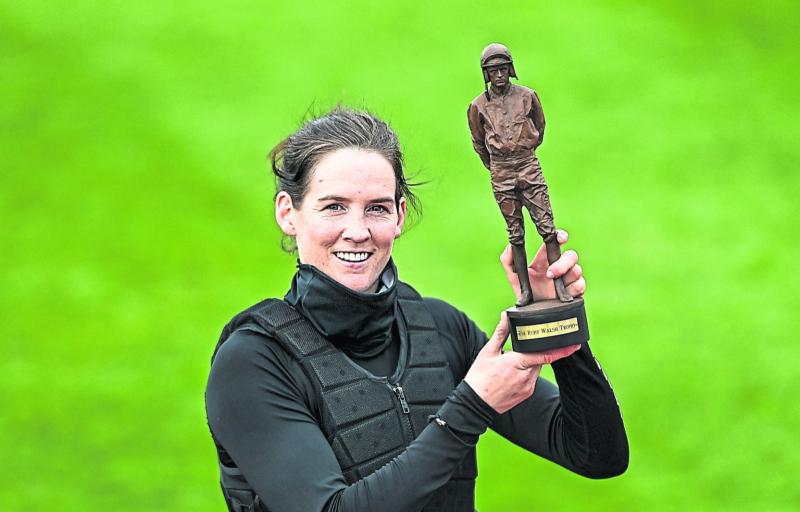 Some play the game, some change it. March 2021 was the first Cheltenham racing festival in 20 years that there wasn’t the usual gang of champs in the weigh room.

Geraghty had joined Walsh, McCoy and Carberry on the other side of the curtain, while Russell was recovering from serious injury sustained the previous autumn. Johnson was still pulling on his silks but the end was nigh.

The stage upon which we create our stories for the future had room aplenty on it for new players. Rachael Blackmore began to fill the void.

Blackmore won six races over the four days, a score only ever bettered by Ruby Walsh, to take home the leading jockey award.

Interesting to note that without the Elliott episode, two of the six would have been Jack Kennedy’s rides. When the ball is bouncing your way, anything is possible. Four falls peppered the days too, but only those who have gone over the edge know where it truly lies.

She won the Champion Hurdle with the unbeaten queen Honeysuckle, showing complete conviction everywhere but nowhere more so than down to the last flight. Bob Olinger was steered home with clinical precision in the Ballymore, keeping the race tight around the home bend.

Allaho galloped his rivals into submission in the Ryanair with a relentless performance, whereas Sir Gerhard was allowed set steady fractions from the front in the Champion Bumper before sprinting up the hill.

Quilixios received a textbook steer to triumph in the Triumph and Telmesomethinggirl got a Carberryesque hold up ride to come from the clouds in the Mares’ Novice.

A week for the ages. A week that will be reminisced about late into this century.

Irish Racing Yearbook 2022 is the definitive, established Irish racing annual, a collaboration of the best writers and photographers with the leading protagonists of racing, detailing some incredible stories throughout the entire spectrum of the industry, from breeding to sales to point-to-point to the racetrack.

Rachael Blackmore is the lead interview in the book as a result of her historic year, the first woman to ride the winner of the Grand National at Aintree, courtesy of an ice-cold display of navigation on Minella Times.

That came just a few weeks after booting home six winners at Cheltenham, a tally only ever bettered by Ruby Walsh, and which included another piece of history in becoming to first female jockey to win a championship race at the festival, the Champion Hurdle on the People’s (Equine) Champion, Honeysuckle.

Irish Racing Yearbook 2022 also includes in-depth analysis of the bloodstock industry, crunching the sales and stallion numbers and looking at some of the key events that could shape the sector in the future.