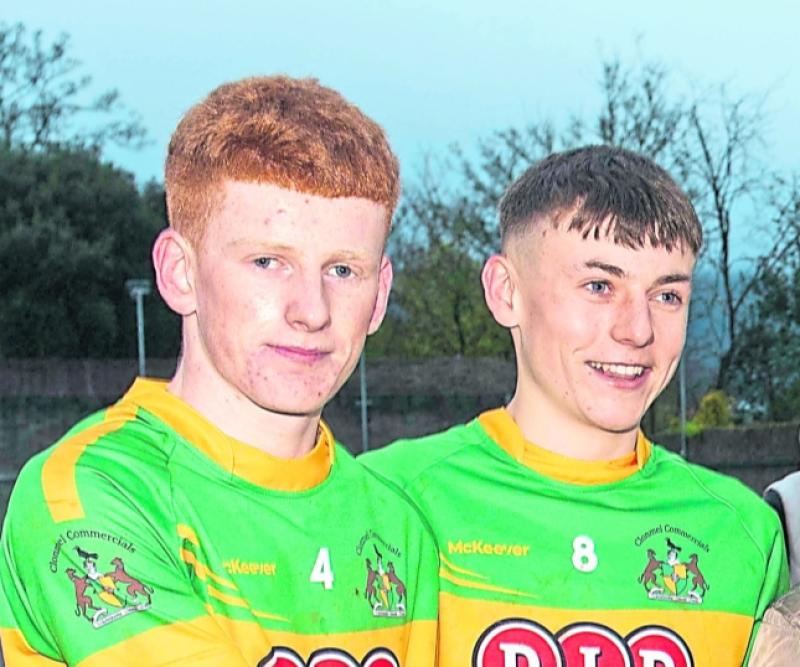 If Commercials go all the way in the county U17 A football championship they may not have a more difficult assignment than what they encountered in the quarter-final at Clonmel Sportsfield this afternoon.
Ballina were the better team in the first half, when it looked as if they were on course to inflict a second defeat on the Clonmel club in just over a week, following the county U19 A football final that the north team shaded by a point.
And they pushed hard all the way to the end, even when they were a man light for the last six minutes after Jack Grace, one of their best players, was black-carded. However Commercials' much improved second half performance saw them safely through to the last four.
The difference between Commercials in the opening half and the team that emerged for the second period was stark. The introduction of substitutes Thomas Charles and especially Tadhg Sheehan at the break gave them a real lift, and all over the pitch they moved up a gear.
Behind by 0-5 to 0-4 at the midway stage, Cian Smith's quickly-taken free enabled Conor Parker to equalise within three minutes of the restart, and two minutes later Cillian McNamara and Tadhg Sheehan were involved in a move that saw Cian Smith give them the lead for the first time (0-6 to 0-5).
They were still ahead after Ballina's Zach Egan and Conor Parker exchanged scores, before the crucial score arrived in the 12th minute. After their newly-discovered confidence and momentum allowed them to work the ball up the field from defence, one of their leading lights, Joe Higgins, picked out the unmarked Oisin Forristal, who slotted home the game's only goal.
That gave the south champions some much-needed breathing space, but they still weren't out of the woods yet. Jack Grace's accurate free pulled a point back for Ballina before the second water break (1-7 to 0-7), and when play resumed the north team continued on the attack, but with no reward.
With Ballina sending players forward in a bid to get back into contention, Commercials found much more room to operate in the final third of the pitch, with points from Ruairi Leahy and Cian Smith slotted over within a minute of each other sending them five clear.
The game slipped further from Ballina's reach when Commercials' Conor Guiry produced a great block from Sean Lyons' piledriver, with Daniel Fogarty slicing the rebound wide, and all hope seemed lost a minute later when Jack Grace received a black card.
However, Ballina weren't done yet. Points from Cian Molloy and Charlie King's free brought it back to a one-score game, before Ruairi Leahy replied with a fine score from a difficult angle.
Tristan Giroudiere's point in the final minute of normal time pulled Ballina back to within touching distance of the Clonmel side. But Commercials' defence was solid in the closing seconds, with a late Cian Molloy shot that was blocked signalling the end of Ballina's spirited challenge.
Joe Higgins was Commercials' most consistent player over the hour, giving them a foothold at centrefield from the start. Kian O'Reilly was also prominent in that area of the pitch, while Commercials were glad that Conor Parker and Cian Smith had their shooting boots on. Cillian McNamara and Ruiari Leahy, meanwhile, became livelier as the game progressed.
Alex McSherry, Adam Brannigan, Conor Guiry and Darragh O'Connor stood out in a defence that eventually got to grips with Ballina's fleet-footed attack.
That Ballina forward division had Commercials at sixes and sevens in the opening phase of the game. Mostly launching attacks straight down the middle, their big, strong team were 0-4 to 0-1 ahead by the first water break. Those points came from Jack Grace (0-2, one free), Charlie Grace and Charlie King's free. Commercials' sole response on the scoreboard in that period was provided by Cian Smith, while Conor Parker shot into the side netting at the end of a well-worked move.
Kian O'Reilly found the target from a free from about 30 metres when play resumed, and Conor Parker soon cut the gap to just a point. Jack Grace was on the mark for Ballina before Cian Smith closed the first half scoring.
Charlie King, Jack Grace, Jack Collins, Tristan Giroudiere and Charlie Grace impressed for Ballina, although they were also left to regret eleven wides (seven in the first half), compared to Commercials' six.
Clonmel Commercials: Shane Ryan, Conor Guiry, Adam Brannigan, Eoghan Wash, Darragh O'Connor, Alex McSherry, Evan Kiely, Oisin Forristal (1-0), Kian O'Reilly (0-1 free), Alex Creed, Cian Smith (0-4), Ruiari Leahy (0-2), Cillian McNamara, Joe Higgins, Conor Parker (0-3). 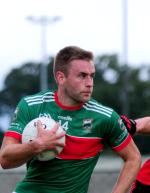 The game was played in Curack Park, Ennis this afternoon