The mare won her ninth race at Powerstown Park

Above: Jim Strang presents the trophy to winning owners Sean and Joyce O’Neill and Mark Strang makes a presentation to winning trainer/jockey Declan Queally, following the success of Western Victory in the Jim Strang & Sons Kilsheelan (Peugeot) Hurdle at Clonmel Races last Thursday. On the left is John Connelly, Strangs

Western Victory ran out a convincing winner of the featured Jim Strang & Sons Kilsheelan (Peugeot) Hurdle, whose sponsors are celebrating 40 years in business this year, at Powerstown Park, Clonmel last week, when making virtually all the running and digging deep for amateur rider Declan Queally, once headed by Minx Tiara, to deny the leg-weary favourite by 11 lengths.
It was a bittersweet moment for the mare’s Kilcullen owner Sean O’Neill, who was accompanied by his daughter Joyce, as this win represented Western Victory’s ninth success from 31 outings and she is now due to go through the sales ring at Cheltenham on this Friday.
O’Neill, who has no interest in breeding from the well-bred mare, said: “We bought her as a three-year- old and she won her point-to-point for Colin Bowe. Then I switched her to Declan’s father (and namesake) and I wish her next owners the best of luck and hope she gives them as much fun as we’ve had.”
Western Victory has been ridden to her other wins by Sean O’Keeffe, who was quick to shake her rider’s hand. Said Queally jnr., who is based in Cappagh on the Clonmel to Dungarvan road “She’s unbelievable and if you’re looking to buy a tough, versatile racehorse, this is the one you want.
“With her good Tim Conroy pedigree line, you’d imagine she’d be valuable for breeding but, if her new owner wanted to race her on, we’d be glad to keep her. She’s very special to me - Cloudy Morning, Minella For Value and Western Victory are three of my favourite horses and they helped put me on the map. I only won on this mare twice and it will be sad to see her go, but you just have to move on to the next one.”
Jim Strang, whose family-run Peugeot dealership is the only one in south Tipperary, has been sponsoring a race at Clonmel since 2003. He presented the Thomond crystal trophy to O’Neill and was joined on the podium by his son Mark, the garage’s sales manager. Also in attendance was Jim’s wife Nuala but not his son Frank, the company’s service manager, or daughter Gina, who looks after the accounts and advertising side of the business.
Said Jim “80% of our customers are from farming backgrounds and a lot of horsey people deal with us. A lot of locals look forward to the day out and it has brought in new customers as well.”
Western Victory’s stable-companion Lovely Moon doubled up for the Queallys half an hour later when justifying 4/1 favouritism under 21- year-old Dylan Whelan from Stradbally in the Adare Manor Opportunity (80-95) Handicap Hurdle.
In front from start to finish, the hooded six-year-old romped home by 18 lengths from Brosna Rocco to credit Whelan with his first win in the saddle.

Queally jnr. commented “He’s been with us for five or six months now and is a good little rider.”
The JP McManus-owned Harvey’s Quay, with Mark Walsh on board, bolted in for Ballynonty handler Edward O’Grady when stretching right away from the opposition in the Powerstown (80-102) Handicap Hurdle to slam Sefton Warrior by seven and- a-half lengths.
However his jockey wasn’t getting carried away, simply stating “I thought I got a very easy lead but he won well. He has to go up to the next grade now, but hopefully he can keep progressing.”
The Liam Burke-trained 4/1 chance Gordon Dai Dai, a useful performer in bumpers and fourth to subsequent Grade 1 winner Uhtred at Naas last month, upheld the form with his one-length defeat of market leader Fameaftertheglory in the opening Clonmel (QR) Maiden Hurdle.
James Hannon’s mount looks capable of winning a few more races and appreciated both the step up in trip and the ground conditions. Burke remarked “He always promised to be good and the plan is to fiddle away over hurdles.”
January 6 return
The next meeting at Powerstown is on January 6 and features the Munster Hurdle. The racecourse’s sales and marketing manager Eugene Cooney would like to wish all its supporters and sponsors a safe and happy Christmas and New Year, commenting “The second half of this year was great for us from September onwards once we got to have the public back, and we look forward to seeing everyone again in 2022 for the likes of our Grade 3 Surehaul Novice Hurdle in February and Summer Barbecue Race Evening in June.” 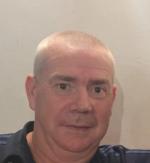