Ryan and Fitzgibbon are cross country Masters champions in Tipperary 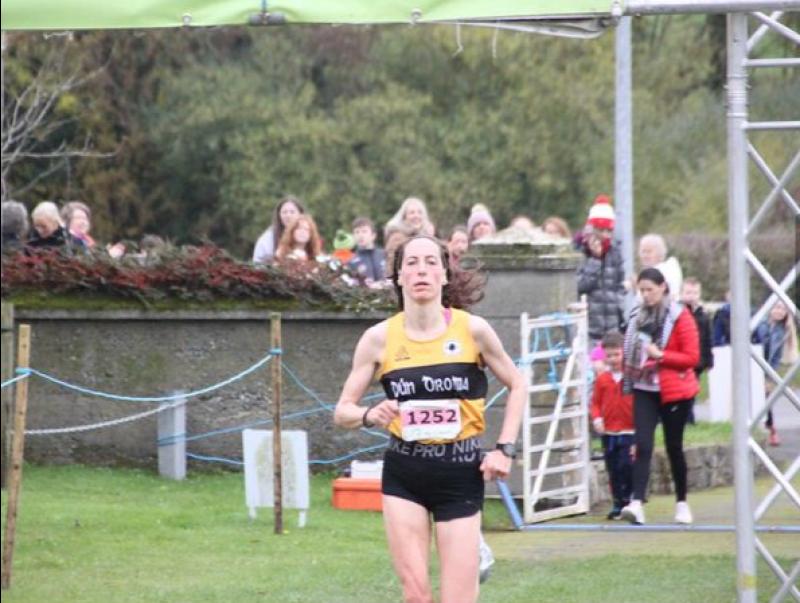 Thurles Crokes was the venue last Sunday for the County Masters Cross Country Championships, which were held in ideal conditions.

WOMEN’S RACE
In the women’s 4k race Dymphna Ryan of Dundrum underlined her recent good form when producing a gun to tape solo effort to come home a very worthy and convincing over 40 champion. Kealey Tideswell of Clonmel emerged from the chasing pack midway through the race to finish second and win the over 35 gold medal. Then we had Karen Coughlan of Dundrum running well over the closing stages to finish third and win the women’s over 40 silver medal. Elaine Horgan of Clonmel was fourth and third over 40, Eileen McCullough of Thurles Crokes was fifth and second over 35, with Marie O’Shea of Mooreabbey Milers sixth and first over 45.
Other medal winners were Deirdre Bailey (Mooreabbey Milers) 3rd over 35, Anne Marie Halpin (Clonmel) 2nd 0/45, Mairead Julian (Dundrum) 3rd 0ver 45, Sinead Tynan (Moyne) 1st 0/50, Martina Ryan (Thurles Crokes) 2nd 0/50, Mary Hinchy (Mooreabbey Milers) 1st 0/65, Esme Alexander (Coolquill) 1st 0/60 and Hilary Collins (Coolquill) 1st 0/70.
In the team event the over 35 gold medals were won by Dundrum, with Thurles Crokes second and Mooreabbey Milers third.
In the over 45 team event Mooreabbey Milers were first. This race also incorporated the men’s over 65 race. Matt Alexander (Coolquill) was 1st over 65 with Leslie Smyth (Coolquill) 2nd and Tom Quinn (Clonmel) 3rd. In the over 70 Eddie Cahalan (Coolquill) was first with Myles McHugh (Clonmel) first over 75. In the team event Coolquill won gold, with Clonmel winning silver.

MEN’S RACE
In the men’s 7k we also had a great race. Here the main contenders were in the leading group of four - David Sheahan (Nenagh Olympic), Paul Minogue (Clonmel), Stuart Moloney (Mooreabbey Milers) and the eventual winner John Fitzgibbon (Thurles Crokes). Then with a lap to go it was down to three with John, Stuart and Paul in contention.
Over very familiar territory, John made the winning move with 300m to go and despite the best efforts from the other two athletes he held on to win and capture the over 40 title, with Stuart winning the over 40 silver medal and Paul winning the over 35 gold, with David Sheahan winning the over 45 gold.
Other medal winners were Barry Hartnett (Mooreabbey Milers) 2nd over 35, Paddy Cummins (Moycarkey Coolcroo) 3rd over 35, Dermot Gorman (Carrick-on-Suir) 3rd over 40, Ger Hanley (Mooreabbey) 2nd 0/45, John Fogarty (Moycarkey Coolcroo) 3rd 0/45, Peter Madden (Templemore) 1st 0/50, Conor Fleming (Clonmel) 2nd 0/50, Eugene O’Keeffe (Carrick-on-Suir) 3rd 0/50, Tom Blackburn (Mooreabbey) 1st 0/55, Willie O’Donoghue (Mooreabbey) 2nd over 55, Damien Holian (Mooreabbey) 3rd 0/55, Michael Moore (Dundrum) 1st 0/60 and Ger Griffin (Mooreabbey) 2nd 0/60.
In the team event over 35, Mooreabbey Milers won the gold medals, with Carrick-on- Suir second and Thurles Crokes third.In the over 50 awards first were Mooreabbey Milers, Templemore were second and Dundrum third.
At the presentation of the awards the county board president John Flynn thanked Thurles Crokes for promoting two great races and having everything in order. He also thanked the clubs for the great support for both events and for all their support throughout the year.
ADVERTISEMENT - CONTINUE READING BELOW