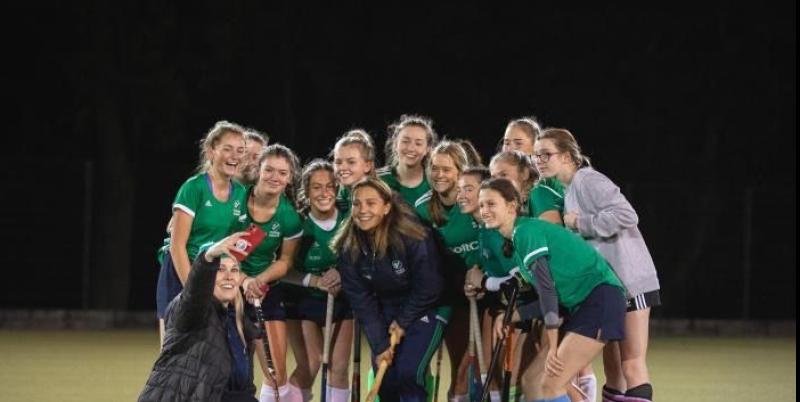 Olympians from the Irish hockey team visited Clonmel ladies hockey club at a recent training session at Rockwell College.
Elena Tice (Olympian and World Cup silver medallist), Naomi Carroll (Olympian) and Niamh Carey (Hockey Ireland international) were joined by Cashel woman and co-captain of the Irish U21 hockey team, Caoimhe Perdue.
They attended the training session, which was part of a Bucket Challenge prize won by the Clonmel U18 team earlier in the summer.
There was a fantastic atmosphere at the session, as the internationals shared their knowledge on the pitch and then participated in a Q&A session afterwards with the Clonmel girls.
Special hampers of local produce were presented to each of the internationals on behalf of the club. These were kindly sponsored by Hickey’s Bakery and Merrys Irish Cream Liquers.
Caoimhe Perdue was to jointly captain the Irish U21 team in the junior World Cup in South Africa. Covid-19 had other plans, however, and the competition was postponed only days before the team was due to fly out.
Earlier in the spring she joined the senior team in a series of uncapped matches against the Great Britain team and relished her chance to play with international teammates against top class opposition, as both teams finalised their Olympic preparations.
Elena Tice shared her knowledge and experience with the girls of playing in the heat of Tokyo. She also explained the challenge of defending against the world number one opposition, The Netherlands, in both the World Cup and the Olympics.
Elena has 122 Irish caps for hockey and 60-plus caps earned playing cricket. Elena was the second youngest-ever capped cricket player when she earned her first Irish cap at the age of 13 years and 272 days. The 24-year-old is first choice starting defender, alongside Munster’s Roisin Upton, in the Irish hockey team selections.
Naomi Carroll, the Clare native and multisport star (schoolgirls soccer, inter-county camogie and ladies football) described her struggle to recover from a serious ACL injury to win her place on the Olympic team.
The maths and coding teacher gave the girls a fantastic lesson in attacking hockey on the pitch in Rockwell. Capped 123 times for Ireland, she played camogie for Limerick and football for her native Clare, a dual player in more than one sense of the word.
Such was her love for sport she initially played hurling with the boys from Cratloe, as there was no camogie team, and only stopped when girls were not allowed to play beyond the U16 age group. 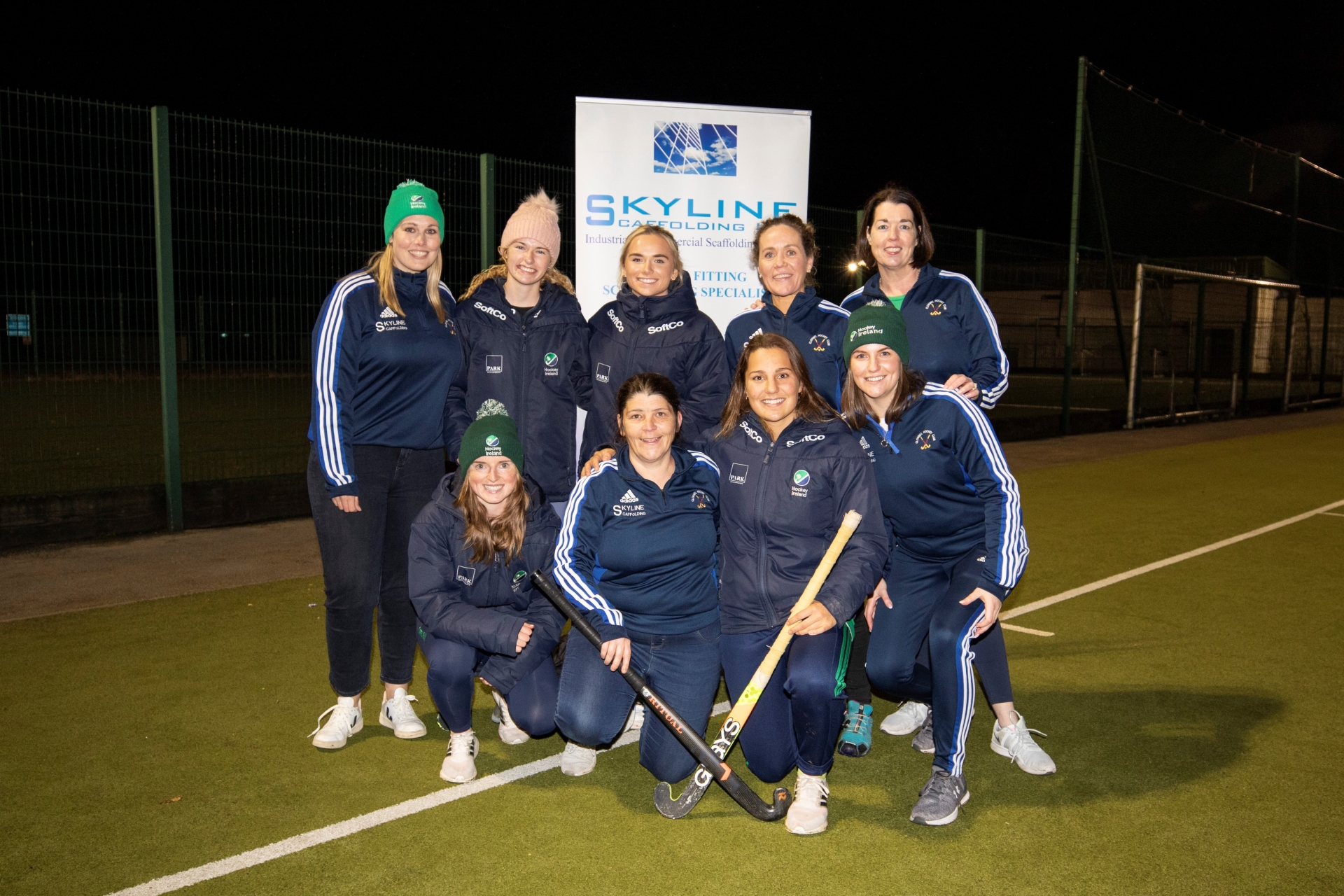 Dublin woman Niamh Carey recently announced her arrival on the senior team by scoring on her debut appearance, against France, in Pisa, Italy. She went on to win a further two caps in the tournament and ensured Ireland’s qualification for the next World Cup with a vital winning goal against Belarus in the semi-finals.
She now joins her twin sister on the Hockey Ireland team, after her twin Michelle secured a coveted Olympic team spot. The sisters played ladies football together with Dublin at underage level. Niamh was also an underage cross country champion, winning gold at the Irish cross country U19 championship.
The Clonmel U18 prize-winning girls were joined by their fellow U18 and U16 team mates at the on-pitch session with the hockey stars.
There was a brilliant atmosphere, as the internationals demonstrated their considerable skills and posed for pictures with and gave autographs to younger and older spectators, who turned out in great numbers.
The whole session was facilitated by Hockey Ireland and SoftCo, the Irish team sponsor. The club committee were extremely grateful to Rockwell for hosting the event on their pitch.
Clonmel Hockey Club have two adult teams that compete in the Munster Divisions 2 and 5, as well as underage girls teams at U18 and U16, all competing in league and cup formats.
Their U14 and u12 teams compete in a blitz format throughout the season against other Munster clubs. The success of the international team in the last World Cup, where they won silver, plus appearances at the Olympics and in European competitions in the last six months, has raised hockey’s profile. This has resulted in increased numbers playing the sport nationally, and Clonmel Hockey Club has witnessed a similar trend at all levels.
The club is very close to securing its own pitch and hopes its fundraising efforts next year will facilitate its completion. The club is grateful to Skyline Scaffolding Ltd for their support.

Volume two is already in the pipeline