Match against Ballygiblin will be a clash of neighbours' children 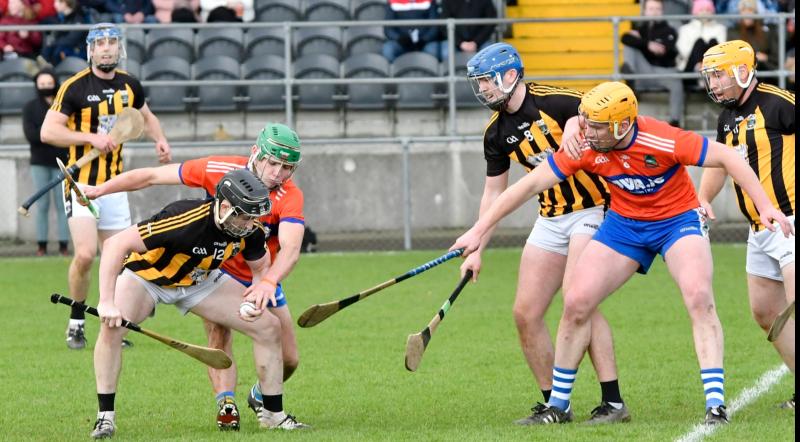 Just eight miles separate Tipperary’s Skeheenarinky and Cork’s Ballygiblin, who will be in opposition in this Sunday’s AIB Munster Club junior hurling championship final at 1.30pm in Mallow.
The clash of the neighbours’ children in a provincial decider has added to the great sense of occasion in both parishes, according to Skeheenarinky coach and selector James Lacey.
“You have the Tipp/Cork rivalry, yet a lot of lads from the Ballyporeen area work in Mitchelstown,” he says.
“The players know each other well and a lot of our players went to school in Mitchelstown CBS.
“It’s great to be involved, in spite of Covid and the lockdowns. There’s a great buzz around the parish and in the community.”
En route to the biggest game in the club’s history, Skeheen have beaten Tralee Parnells and Ogonelloe from Clare, and are now finalising their preparations for the local derby.
“It will be a 50-50 game and it’s down to who brings the best performance on the day,” says James Lacey.
“Perform on the day and you have a great chance. It’s also about restricting mistakes and errors, and the team that does that and makes the most of their opportunities will win.
“It’s about trying to make sure that the touch is good and that you get over any mistakes and get onto the next ball.”
The Tipperary champions have injury concerns over Tommy Sweeney, who is recovering from a shoulder injury; John Martin, who is unable to start because of a back problem; and captain Fionán O Súilleabháin, who went over on his ankle recently.
Yet they will still be able to call upon several talented performers, including county senior football captain and former All-Star Conor Sweeney, as well as Tomás Vaughan, who scored 11 points (including eight converted frees) in the semi-final; John O’Callaghan, Adrian English and Riain O’Callaghan.
“You just have to do your best to get fellows back on the field,” says James Lacey.
“Somebody else puts their hand up and you just have to drive on.
“We’re in a good place. We’ve done what we can do in terms of preparation, even though it has been difficult with the weather and Covid.
“We’ll give a good account of ourselves.”
Ballygiblin beat Caherline of Limerick in the semi-final. They have a Tipperary connection in Colin English, who captained Tipp to beat Cork in the All-Ireland U21 final in 2018, and who joined Ballygiblin from Fr Sheehy’s.
Their side also includes Darragh Flynn, who was recently called into the Cork senior panel.
Ballygiblin are 8/11 favourites to win, with Skeheenarinky a 5/4 chance.
Limerick official John O’Halloran will be in charge.