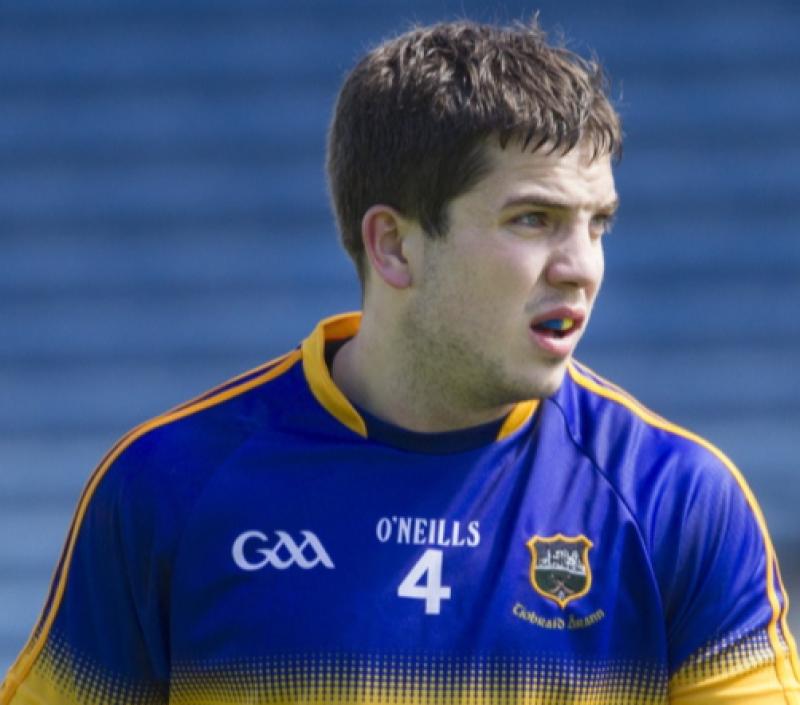 Wing back Robbie Kiely was among eight scorers who contributed to Tipperary's victory over Sligo at Semple Stadium this evening.

A much improved performance from the Tipperary footballers saw them record their first win of the National League campaign when they had four points to spare over Sligo under floodlights at FBD Semple Stadium on Saturday night last.
In what manager David Power afterwards described as “our best performance since the Munster final (victory over Cork in 2020)” Tipp were full value for their victory against an up-to-then unbeaten Sligo.
Three weeks after the disappointment of an eight-points loss at the same venue against Leitrim, Tipp looked a completely different outfit against Sligo, with every single aspect of their performance at a higher level. The energy pitch was up a few notches right from the first minute, the turnover mistake count greatly reduced, the tackle count impressively enhanced, and there was also an improved discipline about the performance, with the free count against Tipperary down. The transition from defence to attack was happening at pace and eight scorers contributed to the scoreboard. It was all positive and a much-needed confidence boost for a struggling side.
Tipp began with six changes from the previous day and got off to a good start when going two points up inside the opening three minutes, a free from Conor Sweeney followed by one from play by Mikey O’Shea, who was to have a particularly impressive first half.
However they were rocked in the seventh minute when Sligo centre forward Luke Towey goaled to put the Yeats men 1-1 to 0-2 ahead.
How Tipp would respond was important and any doubts were quickly allayed with a pair of points, one from O’Shea and also a superb effort from midfielder Mark Russell from 40 metres following a determined run.

The home side received a huge boost in the 12th minute with a goal from corner forward Sean O’Connor. When it seemed his run had been stymied the Commercials clubman held his composure, recycled the ball from one side of the goal area to the other before making space for himself to blast high to the roof of the net past defenders and goalkeeper.
Buoyed by this, Tipp kicked on further with three points in-a-row. Midfielder Paudie Feehan broke from midfield to point in the 15th minute and the Killenaule man followed it up with an almost replica point from 30 metres three minutes later to make it 1-6 to 1-1.
It got even better for Tipperary when Jack Kennedy volleyed an effort over in the 19th minute to put Tipperary all of six points up with what was their most impressive spell of football in quite some time.
But Sligo, with wins already against Wexford and Carlow, came more into the game and over the next 10 minutes reduced the gap with three unanswered points from Alan Reilly (2) and Niall Murphy.
A free apiece from Tipp captain Conor Sweeney and Sligo’s Niall Murphy were the final scores of the opening half, Tipp leading at the break by 1-8 to 1-5 and fully deserving of it.
A Conor Sweeney point from a mark opened the second half scoring. A good goal chance soon followed for the home side but that effort by Kevin Fahey was foiled; credit to Teddy Doyle for good work in helping to create the chance.
Robbie Kiely, who was one of many Tipp players to impress, had Tipp’s next point in the 38th minute, in response to Luke Towey’s point for Sligo.
A further point from full-forward Pat Hughes in the 44th minute kept Sligo within three but Tipp had goalkeeper Michael O’Reilly to thank for an impressive foot save from Alan Reilly two minutes later, when a goal at that stage would have drawn the Westerners level.
Sligo did inch within two with a free from Sean Carrabine soon afterwards, before Conal Kennedy put his clubmate Kevin Fahey through to point in the 51st minute.
The workrate of the Tipp defence was magnificent throughout but especially in the two minutes or so that followed, when Sligo were forced back and forth across the field in an effort to break the line. Frustrated and almost exhausted in the end, Pat Hughes’ eventual effort from distance went wide. It was a big statement from the hardworking 13 players Tipp had managed to get behind the ball.
Cathal Deely, who came on in the 55th minute for his first senior league game for Tipp, saw a great goal effort come back off the upright with the ’keeper beaten just a minute after his introduction. However the youngster hadn’t long to wait when getting on the end of a Stephen Quirke/Kevin Fahey move to put Tipp four up with a point with 10 minutes to play.
Sligo stayed honest and dangerous and were unlucky themselves not to raise a green flag when Sean Carrabine’s 64th minute rocket came back off the crossbar, Tipp at last getting an overdue rub of the green on the night.
Sligo’s final score came in the 65th minute from Niall Murphy before Tipp wrapped up the game with a Conor Sweeney free in the 75th minute after Sean O’Connor had been fouled.
The referee’s whistle after six minutes of added time came as a great relief to Tipp and they will travel to Wexford on Sunday in a much better frame of mind.
Overall this was a much enhanced performance, with some “serious football” played, according to a delighted Tipperary manager.
From goalkeeper Michael O’Reilly with his important save to some solid defending from the likes of Shane O’Connell, Sean O’Connell and Robbie Kiely, Tipp were much tighter at the back. The midfield pairing of Paudie Feehan and Mark Russell did well and the introduction of Conal Kennedy and Cathal Deely during the second half also impacted. Jack Kennedy’s return was very influential while Mikey O’Shea had a storming first half with Teddy Doyle, Sean O’Connor and Conor Sweeney also playing their parts.
There were a few Kerry voices to be heard in the stand also, with former Kerry players Sean O’Connell and Teddy Doyle both starting. There was a moment in the second half when Sligo sub Pat Spillane was introduced that he was playing against his former clubmate from Templenoe, Teddy Doyle, who is now playing his club football in Tipperary with Ballina.