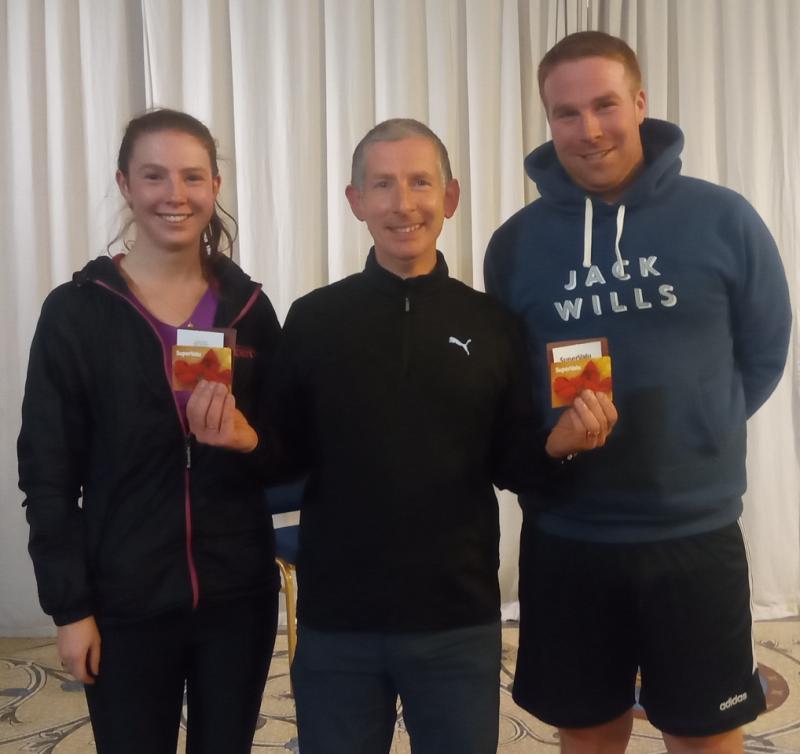 Best Male and Female Improvers in the recent Carrick-on-Suir Road Runners AC Spring League were Lisa Keane and Bill Keane, who were presented with their prizes by PJ Guinan, Guinan’s SuperValu

The annual Carrick-on-Suir AC Road Runners Guinan’s SuperValu Spring League was a great success and concluded on Tuesday of last week.
Thanks to Guinan’s SuperValu Carrick-on-Suir for supporting and sponsoring the prizes, James Sullivan for providing a room for registration and our club committee members for organising and managing the eight-week spring league.
The weekly predict your time 4k event had run every Tuesday night at Lower Ballylynch for eight weeks, with prize giving at the Nano Nagle Centre on the final night. 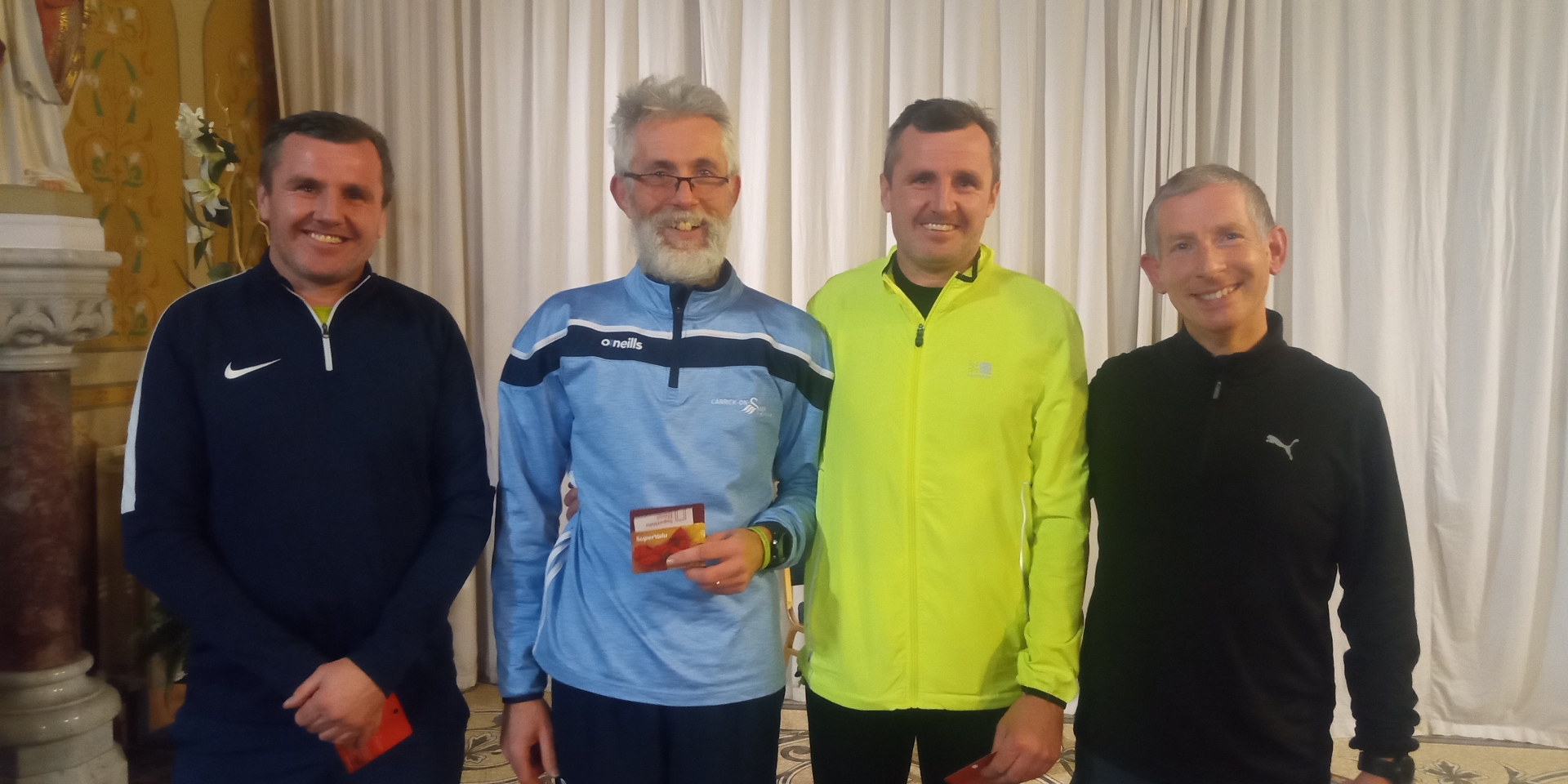