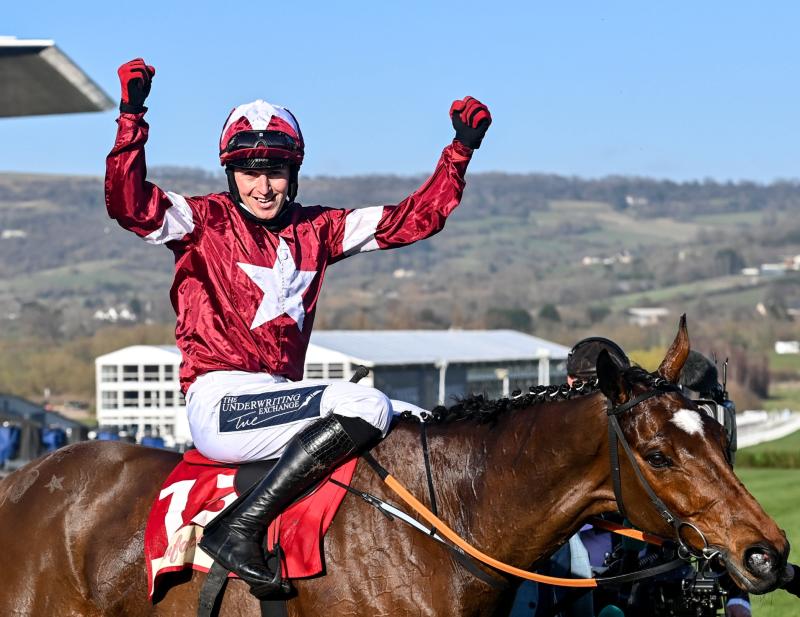 From RTÉ Documentary On One, a new documentary series telling the life story of two-time Aintree Grand National winner Tiger Roll, The People's Horse is available to binge on podcast now ahead of the Cheltenham Festival season, which takes place next week.

The story of Tiger Roll is one of hope and success, of an unlikely champion and a horse that has captured the hearts of the nation.

Tiger’s story is that of the ultimate underdog. From his birth in March 2010, RTÉ Documentary on One follows the young horse through each stage of his life and career. Broadcasting every weeknight as part of Game On on RTÉ2FM, this is the ultimate build-up to Tiger Roll’s final race at Cheltenham on Wednesday March 16.

The horse was bred and reared by Gerry O'Brien on the banks of Lough Derg in Portroe, Tipperary.

At the age of three, he was sold for £10,000 because he was considered a failure, his career nearly over before it ever began. That was until Michael O’Leary took a chance on buying him and trainer Gordon Elliott began to build his confidence; this series reveals his struggles and triumphs on and off the track, telling the story of his journey into the world of jump racing.

Speaking of that time in 2013, Gordon Elliott says “I wanted another horse and didn’t get him on the night, he was kind of an afterthought getting Tiger Roll, you know. I suppose it was the first time I ever threw my toys out of the pram at Michael O’Leary. We had a few harsh words.”

Jockey Davy Russell recalls for the series his first-time riding Tiger in 2014, and winning the Triumph Hurdle at Cheltenham; “it was just elation… an unbelievable feeling.”

The full series is available to binge now on RTÉ.ie/tigerroll and on all podcasting platforms.

It is also available to listen on RTÉ 2FM as part of Game On every weeknight from 6pm.

Another award for record breaking Tipperary point to point jockey