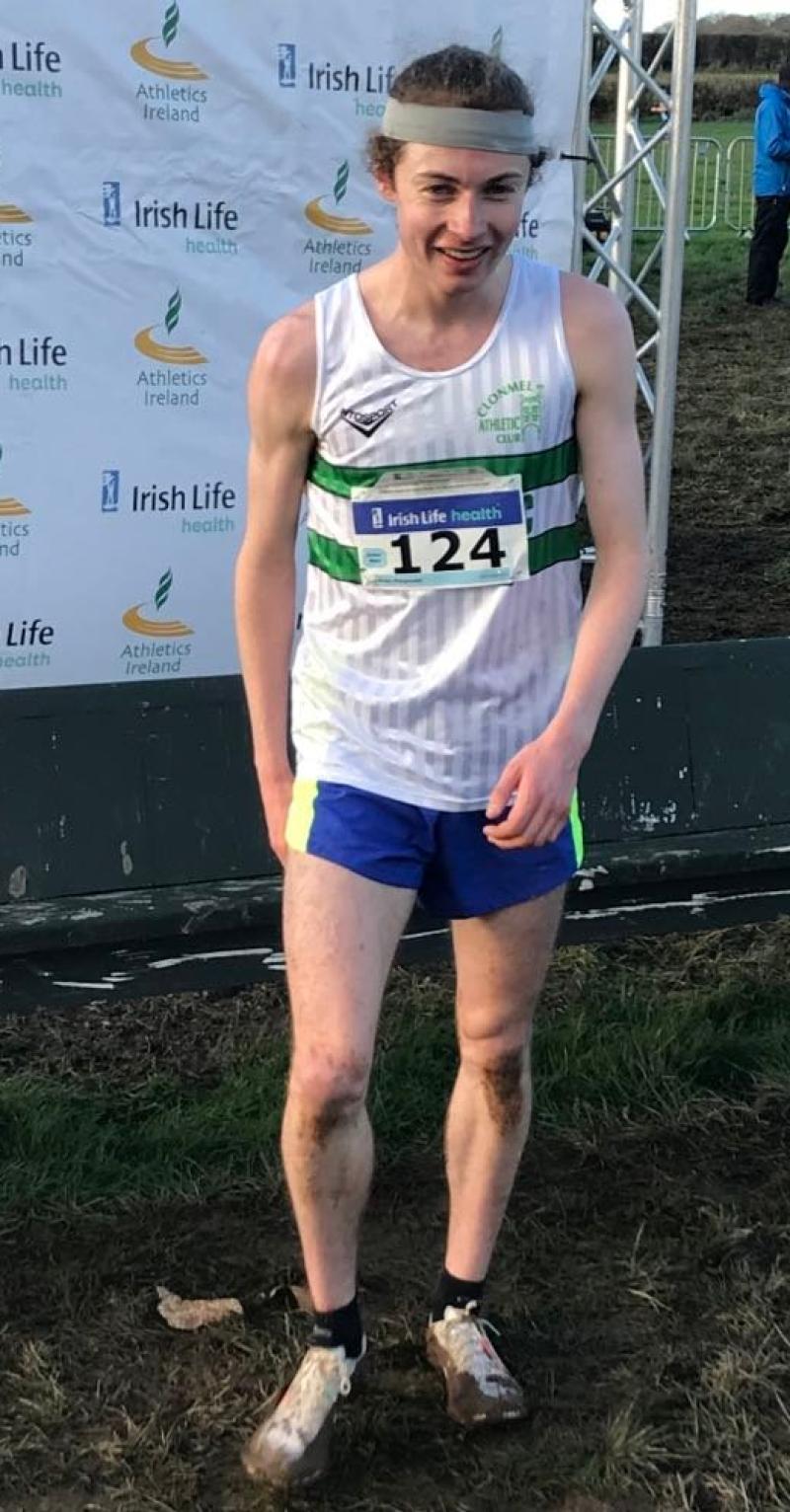 The National Irish Universities Cross Country Championships took place in Trinity College sports grounds last Saturday. The men’s race over 8k consisted of four laps of 2k with a top-class entry that included many Irish international athletes, as well as an Italian international athlete competing. So right from the start the pace was fast and strong. This did not deter Clonmel AC's Evan Fitzgerald.
Evan ran a truly spectacular race to finish a magnificent sixth for UCC. Eight of the first twelve finishers were all current Irish internationals. In fact the first, third, fourth and twelfth finishers were all part of the Irish Men’s U23 winning team in the European Championships last December. Also, these same four athletes were all inside the top thirteen in the National Senior Men’s Cross Country Championships last November.

The 8k race consisted of four 2k laps of flat and firm underfoot conditions. A large group were together over the first lap of Trinity’s scenic playing fields. There was also some woodland to be negotiated on each circuit. The second and third laps saw Evan fight his way into the top eight before a storming last lap secured him a magnificent sixth place finish.
Irish international athlete, Killian Kilrehill, won the race in 25 mins 21 secs with Evan finishing like a train in 25 mins 54 secs, a fantastic performance. This race confirms his excellent form as he led his UCC teammates home.

Congratulations to Evan on another superb run.