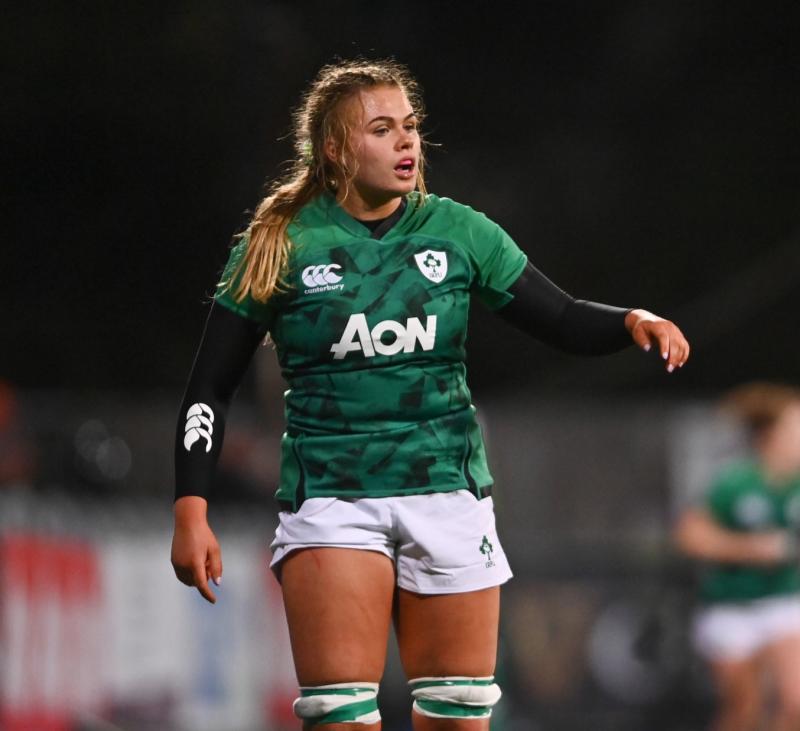 A young Tipperary woman who is currently making the hard yards in her chosen sport of rugby is Fethard’s Dorothy Wall, who at the tender age of 21, has already been capped 11 times at senior level for Ireland.

Daughter of Anthony and Sophie Wall, Knockelly, Dorothy attended St Patrick’s National School in Drangan before moving on as a boarder to the Presentation Secondary School in Thurles.
While basketball was her favourite sport in her early teenage years, things quickly changed when Fethard RFC coach Polly Murphy introduced her to rugby at 16 years of age. Almost immediately Dorothy’s potential was noted and after just one start at club level she was fast-tracked for a Munster trial.
In her second year with Munster Dorothy received a call up to the Irish 7s set-up and was soon picked to play for her country at U18 level, that honour arriving for the then 17-year-old in France. Her first 7s senior cap came in the Ukraine in 2019.
Since then Dorothy has progressed to win her first 15s international cap against Scotland in the 2020 Six Nations Championship; her first international try coming against Wales in 2021.
The UCD radiography student was recently selected as joint winner of the Butler’s Bar Fethard Sports Achievement Award for 2021 in recognition of her being chosen as Ireland’s Women’s Players’ Player of the Year and also Women’s Young Player of the Year. 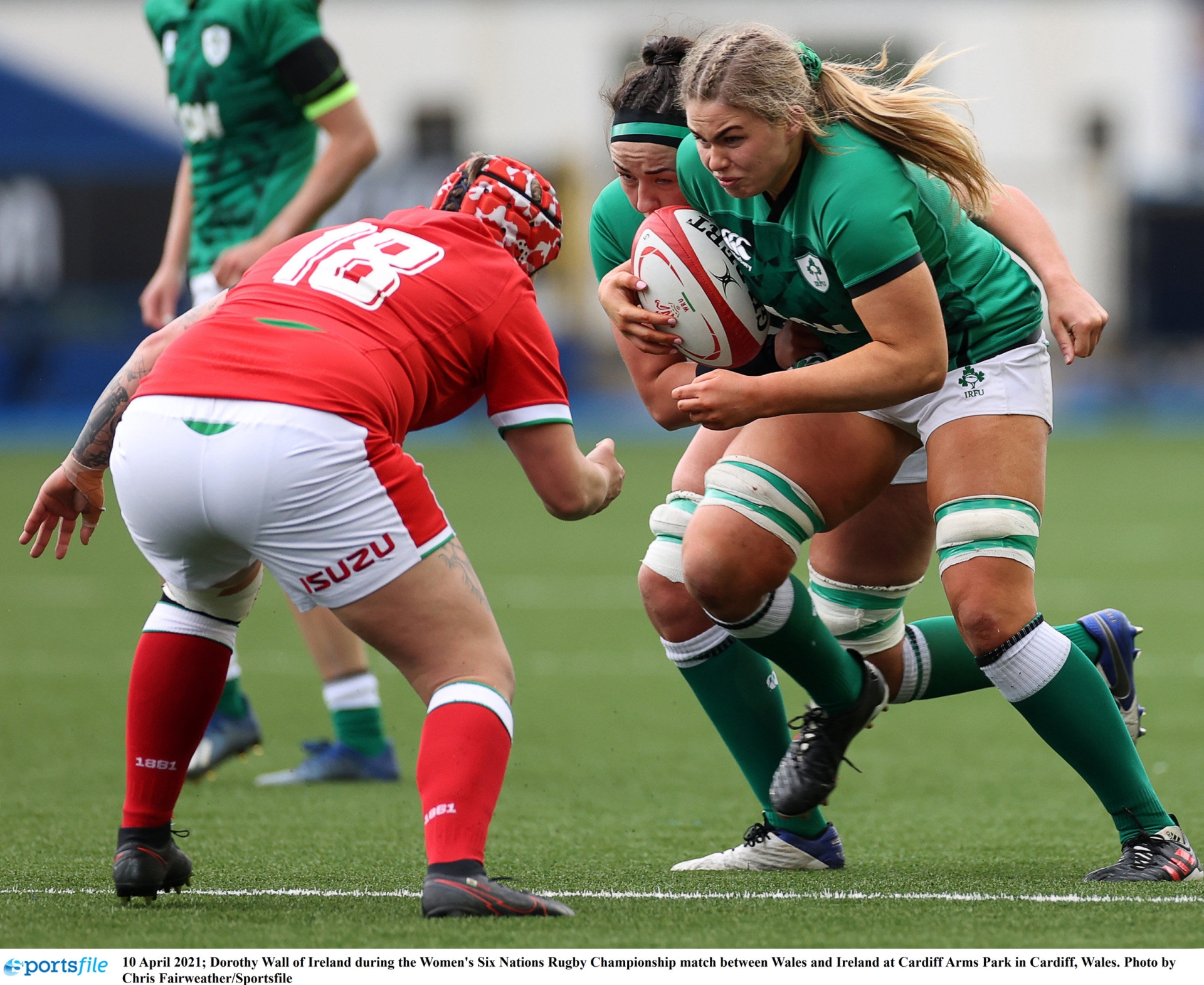 Dorothy Wall during the Ireland v Wales Women's Six Nations Championship game at Cardiff Arms Park in April 2021 the day she scored her first international try for her country.

Quickly in conversation with one so young, you sense a sportswoman with all the right attributes to succeed - dedication, commitment, attitude and mental strength. Dorothy seems to take it all in her stride and enjoys it.
“To be honest I have kind of figured it out in my head. I like the routine of it. I like the hard work of it and I always feel good about myself after a session. I crave those endorphins from training, being part of a group, training and problem solving. It is all a massive part of my personality at this stage, so it doesn’t feel like a sacrifice to me,” she added.
Coveted international caps are never handed out easily and staying ahead of the pack makes huge demands on top players.

“Yes, commitment is savage at times. I have my hospital placement to do as well and then there are full-weekend training camps, etc.
“But you learn to cope and I am better able to manage it now. I have recently left the 7s to concentrate fully on the 15s,” added the semi-pro player.
For aspiring young sports women, Dorothy had words of wisdom beyond her years to offer: “I would say firstly you have to enjoy it.
“And if you progress, especially on the international stage, you have to compartmentalise the game and then your quality of life outside of it.
“Especially on the international stage, people can be done down by the negative things in the media and constant analysis and critique but you just have to enjoy it. You can’t let the game affect how you feel about everything outside of it.
“One bad game doesn’t make a bad player. Hard graft is always what will get you there in the end.
“If you know you are working to your hardest, doing the best you can and have left nothing else behind you, then you’ve got to be happy,” she concluded.