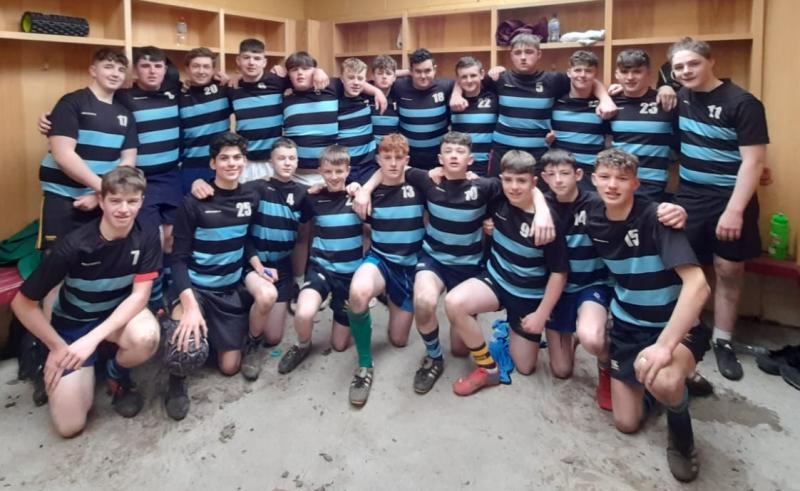 The Kilfeacle and District Under 16 squad who, combined with Clanwilliam and Galbally, are through to the final of the Munster Bowl, which is scheduled to be played in Musgrave Park in April.

The Galtee Rugby concept is now in its fifth year with collaborations between Kilfeacle and District, Galbally, Clanwilliam and Cashel.
This season the Galtee Rugby U16 squad comprises players from Kilfeacle and District RFC, Clanwilliam and Galbally.
Following a torrid qualifying conference before Christmas, this team found its form in the Munster Bowl. Tight victories over Shannon and Bruff, followed by a draw away to Muskerry, left Galtee Rugby in pole position at the end of January.
Comprehensive wins against St Senan’s and Waterford City secured top place in the group and a home quarter-final. Skibbereen were dispatched easily on The Hill, setting up a rematch against the highly favoured Shannon.
A tight game with defences in control was ultimately decided by a clever tap-and-go from number eight Cian McGrath, scoring and converting himself for Galtee’s only and decisive score.
A spirited defence was required then to hold out against unrelenting Shannon pressure, with a man of the match performance from Josh Creighton-Snow at full-back. Captain Evan Ryan (Ball Alley) led the team from the front and his high energy play at openside inspired his teammates to a famous win.
The final is to be played in Musgrave Park on the first weekend in April. 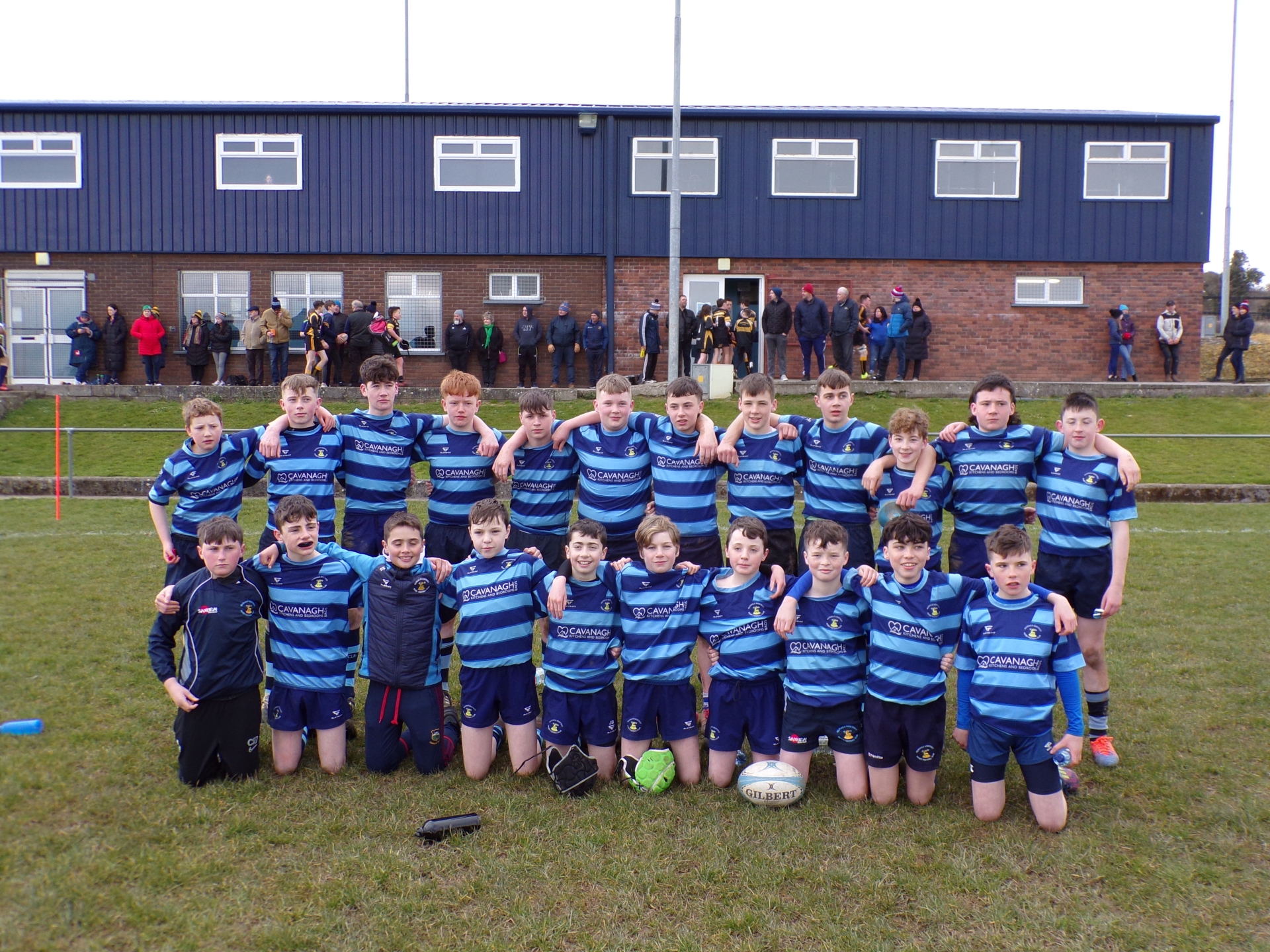 Under 14s are in the East Munster Cup Final

Kilfeacle and District RFC 29
Clanwilliam FC 5
Kilfeacle and District’s U14s qualified for the final of the East Munster Cup after a hard-fought effort, over two legs, against Clanwilliam. Kilfeacle absorbed some early pressure and after some brilliant tackling and counter rucking the ball was turned over and spread through the backs, with Evan Burke scoring out wide.
The boys got into their rhythm and after some quality backline play were awarded a penalty try following a tackle off the ball, which brought the score to 12 -0 at half-time. In the second half we continued to dominate and after some excellent work from the pack the Kilfeacle number eight, Killian Peters, touched down to make it 17-0.
Midway through the second half an outstanding break from Cathal O’Meara saw him touch down to make it 22-0.
Clanwilliam, to their credit, kept going and scored a try of their own. The final score came again after excellent interplay from forwards and backs and a trademark kick through by Cathal O’Meara saw him score a try, which he excellently converted to leave the final score 29-5.
This was a fantastic display by everyone and a brilliant achievement to qualify for the East Munster Cup final.