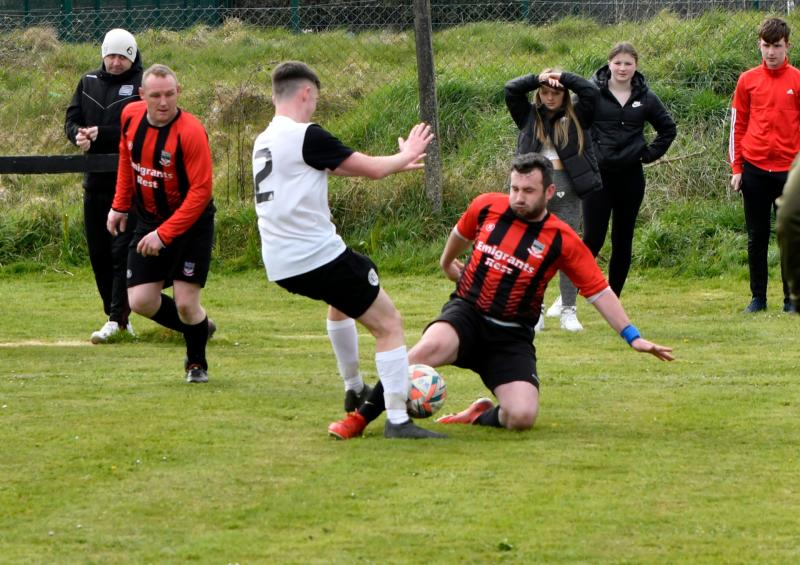 A local derby with huge implications for both sides, saw Wilderness Rovers and Old Bridge face off on Sunday morning, and despite the lack of goals, the game produced plenty of spills and thrills for the watching crowd.

Knowing a win would give them the Division One title, the home began creating chances from the very first minute, and were unlucky not to open the scoring when Sean Browne fired just past the post with the visiting keeper stranded. They came close again in the tenth minute when a Stephen Woods header was cleared off the line from a corner, and despite playing against a strong breeze the home side managed to keep The Bridge pinned back for long periods of the first half.

But despite being on the back foot, and needing the points themselves in their battle against relegation, the visitors constantly looked for opportunities to hit their hosts on the break, and nearly broke the deadlock on a number of occasions.

It remained nil all at half time, and the second half was all out attack from both sides, with the home team hitting the crossbar on three occasions, with Shane O Meara coming closest with a brilliant long range effort. But no matter what they tried the Wildies simply couldn’t get the ball into the net, and they will have to wait until another derby against Clonmel Celtic before the destination of this year’s title is known.

At the other end of the table, the point won by Old Bridge keeps them still in the fight to stay up, and given their performances over the past number of games, they may yet pull of that feat, that seemed unlikely at the turn of the year.