Tipperary Soccer: One moment of Carr magic sends Saints into next round 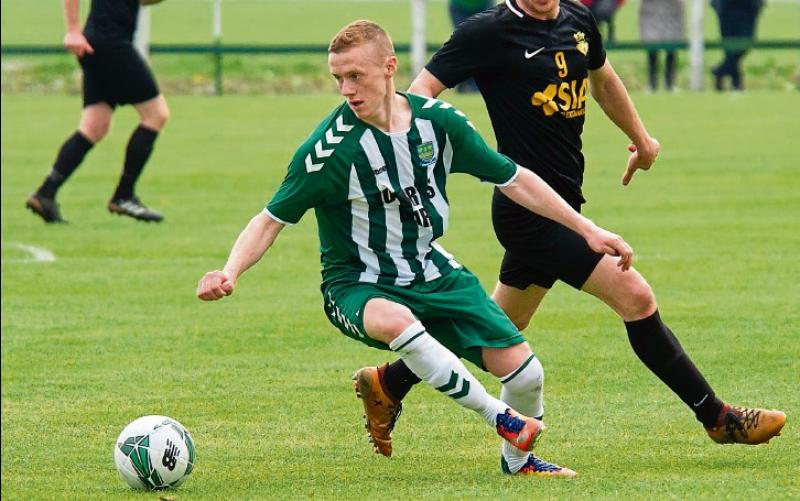 These are two of the top teams in the TSDL and the large crowd was expecting fireworks when they faced off at noon on Sunday in Thurles. But they were never able to reach the heights of expectation, and the visitors managed to move into the next round courtesy of a single-goal victory
It was a cagey affair in the first half, with both defences well on top and giving away very little, with just half- chances for both sides. The two midfields did battle for every ball, but the blustery conditions made football difficult and the sides went to the break level.
Villa had a great chance to take the lead only one minute into the second half when Anto Walker broke through and tried to chip the goalkeeper, but the Saints stopper got a hand to the ball and knocked it out for a corner.

After that the game settled back into the same pattern again, with the one moment of magic coming in the 68th minute thanks to wing wizard Jimmy Carr, who cut in and unleashed a shot to the bottom corner of the net, delighting the travelling fans.
The hosts tried to get back into it and had a few chances near the end but they couldn’t find the net, and bowed out of a competition that they won last season to their fierce rivals, who now move on to another massive tie against Clonmel Town.