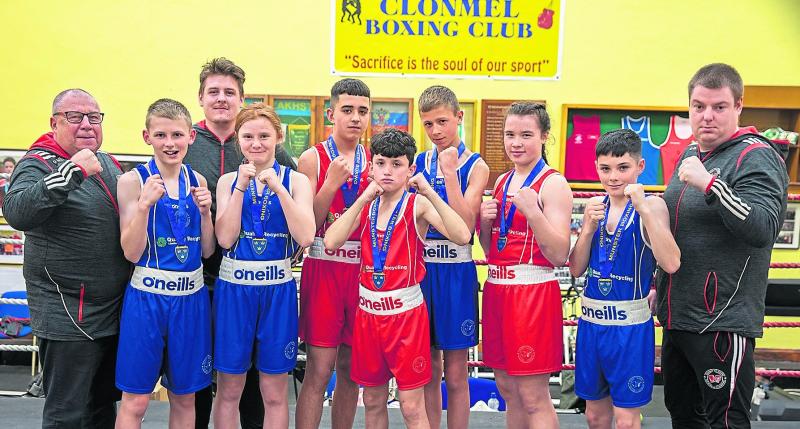 Clonmel Boxing Club will host their 27th annual fundraising tournament on Good Friday, April 15 in the ballroom of the Talbot Hotel Clonmel, which was formerly the Park Hotel.
The tournament will feature Clonmel Boxing Club’s up and coming stars, along with their Munster and Irish champions.
Tickets are available from club members and a great night’s entertainment is guaranteed. Boxing starts at 7.30pm sharp.
Clonmel Boxing Club had great success at the recent Munster boy/girl championship held in Northside boxing club, Cork. Seven Clonmel boxers were crowned Munster champions after some outstanding performances.