Excitement mounts ahead of Tipperary duathlon on Easter Monday 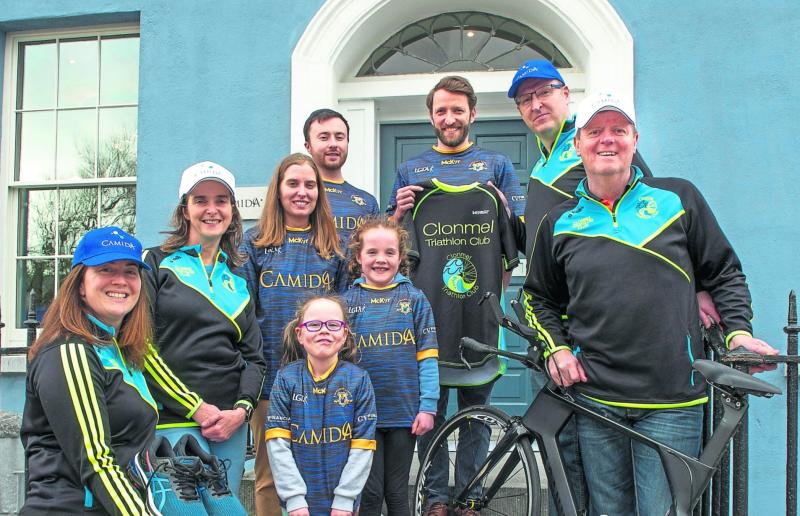 Organised by the dedicated race committee of Clonmel Triathlon Club, the duathlon will take place on Easter Monday, April 18 at Ferryhouse, Clonmel, just off the Bulmers roundabout on the N24.
The club are delighted that David Anchell and his team at Camida have come on board again this year.
The Camida Clonmel Duathlon is a Triathlon Ireland sanctioned event.
A duathlon is an endurance event comprising of a run, bike and a second run. It is a continuously timed event. The person to complete the course in the shortest time is declared the winner. No special equipment is required to do a duathlon. A good pair of runners, a roadworthy bike and helmet are the key items. Suitable clothing for the weather on the day is advisable. A certain level of fitness is required, as the run is 4km, the bike is 23km and the last run is 4km. Check out the Facebook page Camida Clonmel Duathlon for training tips and up to date race news, including a Clonmel-based duathlon training course for several weeks leading up to the race. We encourage beginners, new to sport, to enter. We have a relay option so there could be one cyclist and one runner on a team or two runners and one cyclist.
The race headquarters is the Ferryhouse complex on the Waterford road, with ample parking and is a great location for such an event. Post-race food will be provided for all the athletes and toilet facilities will also be provided.
The 4km run course will start in Ferryhouse and athletes will be directed towards Clonmel, turning left and running through the popular Mulcahy Park and left again will bring participants back towards Ferryhouse, along the Blueway by the banks of the River Suir. The run course is flat and fast.
Once back at Ferryhouse the athletes will enter transition, pick up their bike and begin the 23kms bike leg.
The bike course will start by crossing the 330-year-old Sir Thomas Bridge before heading toward Kilsheelan, a very sheltered and undulating road along the foothills of the Comeraghs. A sharp, left-hand turn will bring the cyclists through the picturesque village of Kilsheelan and left again back towards Clonmel on the main Waterford road. This section of road is flat and fast, with a great road surface. At the Bulmers roundabout all athletes will again turn left and begin their second lap on the bike before returning to Ferryhouse to start the second 4km run leg. They will finish the race beside the transition area.
The race will start at 11am on Bank Holiday Monday, April 18. The athletes will be well looked after on the day, with 40 marshals to ensure their enjoyment, along with members of the gardaí and Tipperary Civil Defence. We are also grateful to Tipperary County Council for their expert input into the successful running of this event.
Prizes are on offer and entrants will also receive a goody bag. A DJ will keep things rocking before and during the race. All in all it promises to be a great day for race entrants.
Online registration only -
https://www.triathlon ireland.com/Events/Race- Calendar/.
There will be no entries taken on race day.

Clonmel Triathlon Club was formed in October 2014 by a local group interested in the sport of triathlon.
The idea was to put in place swimming/cycling /running training to facilitate people from Clonmel and surrounding areas with a similar interest and also put in place a solid foundation for the sport to grow in the future.